At 2:32 in Jacques Lucke's video on how to use loops in his epic Animation Nodes addon, he uses two nodes that are now revised.

Supposedly the actions that Loop Call and Loop did in older versions can now be done with Loop Input and Invoke Subprogram. This is all fine and dandy, however I can't figure out how to get the Replicate Object node (now called Object Instancer) to do the same thing.

How do I get the same effect he does in that example using the updated version of Animation Nodes?

You can also use the Search Tool:

Ctrl + A, then type "instancer" 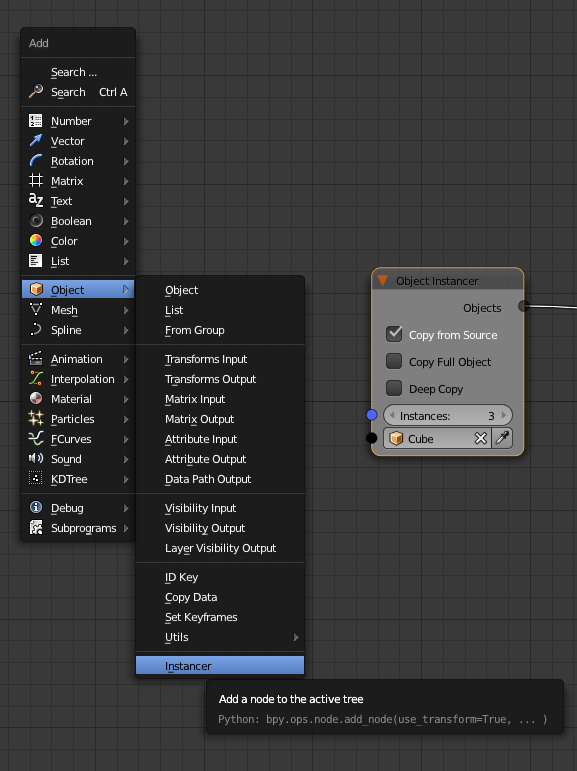 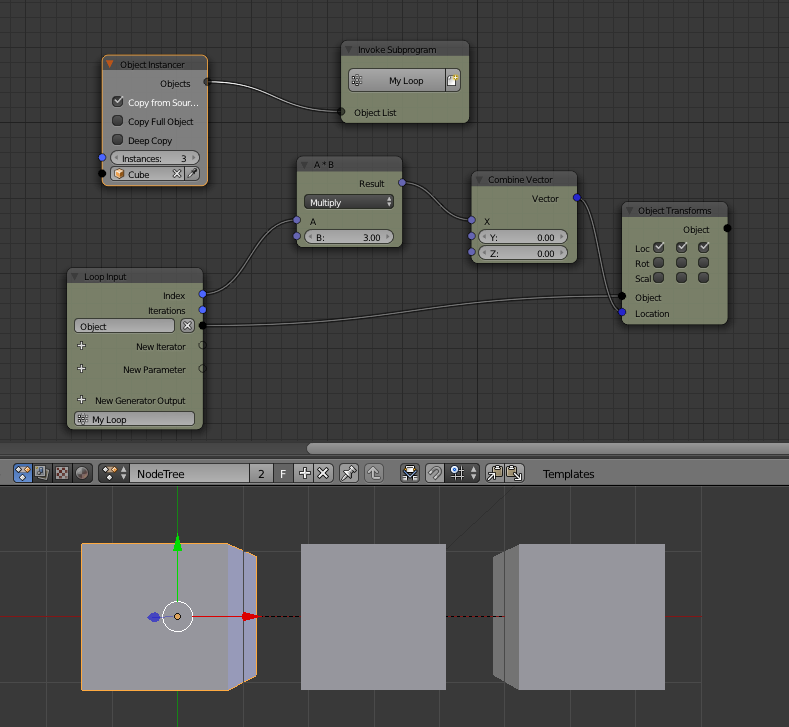 In this particular case you can make use of some tools that come with the AN addon that help you to create the loop faster:

Pie Menu: W (when the Object Instancer node is active)

Not the answer you're looking for? Browse other questions tagged node-editor animation-nodes or ask your own question.