I'm playing around with nodes within cycles and I'd love to create a chevron like texture like the image below. Anyone an idea how to accomplish this? 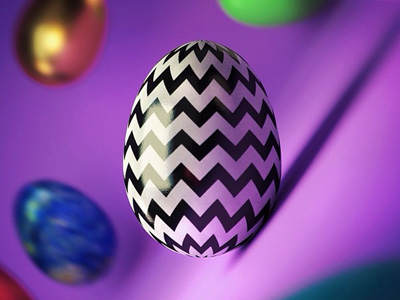 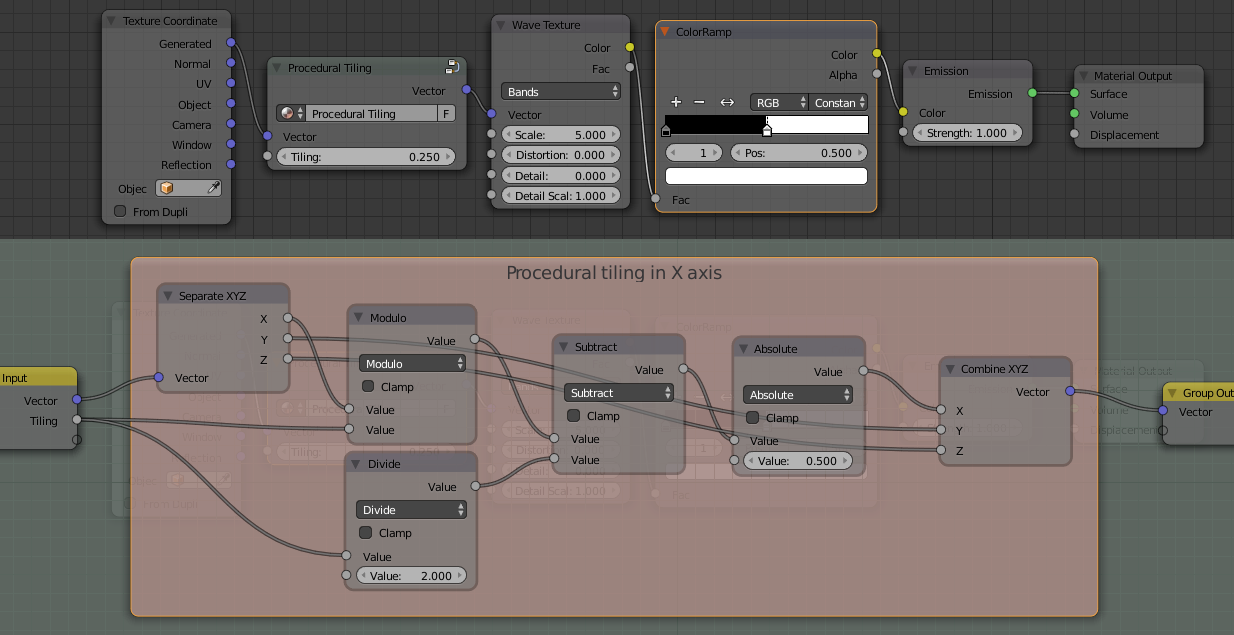 You can adjust the stripes with the ColorRamp node:

For mapping procedural textures onto spherical objects there has to be additional transforming of mapping coordinates: 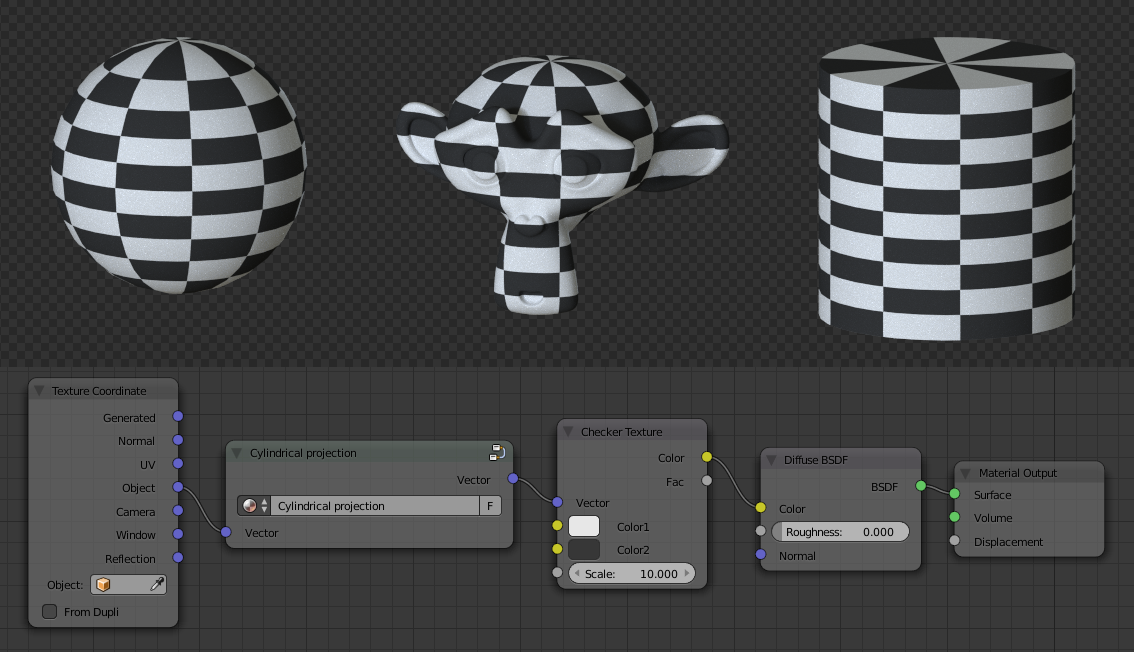 And for procedural spherical projection this node group: 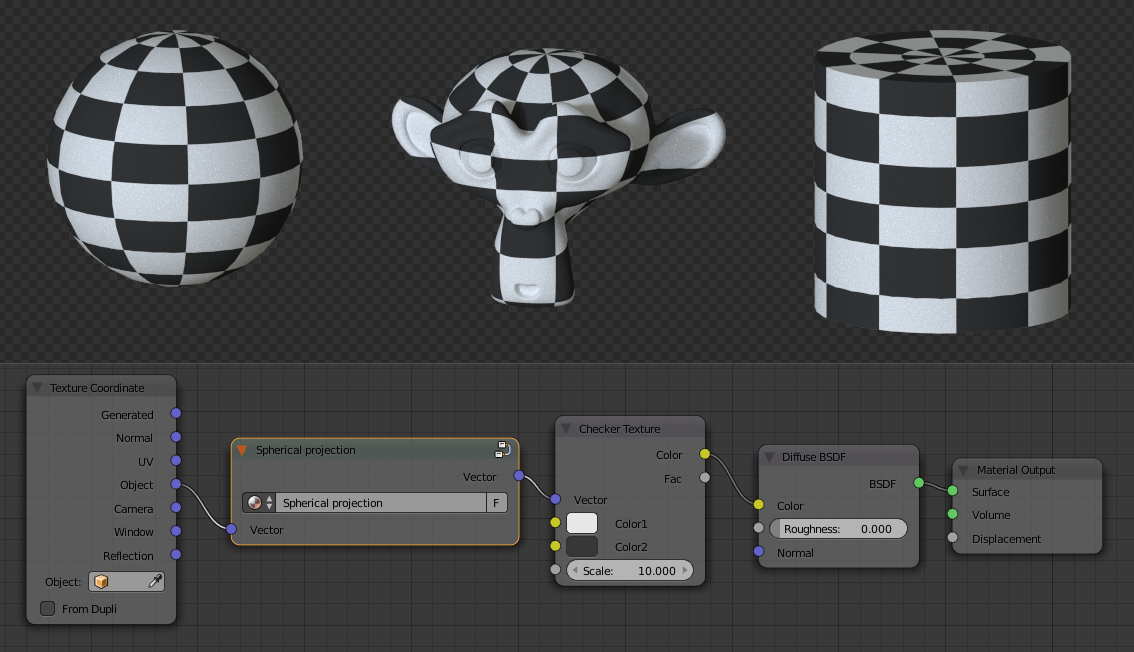 Using the spherical projection with the tiled chevron procedural texture:

Here we also added an extra Mapping node to control stretching of the texture around the surface.

On the egg shape cylindrical projection looks the best: 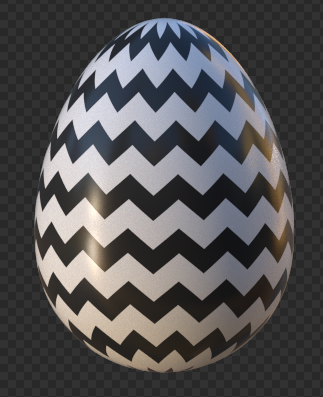 0
How do I make a herringbone pattern?
59
How do I create repeating patterns with cycles' procedural textures
22
How to pixelate a texture in Cycles?
10
Procedural polka dot pattern with cycles
14
is it possible to distort a voronoi texture like the wave textures distortion slider?
7
Rotationally stretch or compress 3D texture around Z axis
5
V shaped gradient texture - Car Livery
3
noise texture Projecting outward from center point
10
Seamless Procedural Texture in Polar Coordinates
2
Repeat a generated texture in Blender 2.91
See more linked questions

6
how to color in 'wave' procedural texture (cycles)
6
Bevel a Procedural Texture?
9
How to create iridescent glossy tile material?
2
Procedural wrinkled paper lamp cycles material
1
*edited -- How might I create a material like a chunky liquid?
2
How to create a bumpy rubber material?