When I go to the Properties tab, click on Object Modifiers, and then Add Modifier, I notice that a lot of the modifiers are missing. For example, "Mask" modifier does not appear, "Boolean" also doesn't appear, and neither do several others (which would take a while to label). I'm using blender 2.76b, but I was also missing them in 2.74 (which I was using before 2.76b).

any ideas on what it could be? 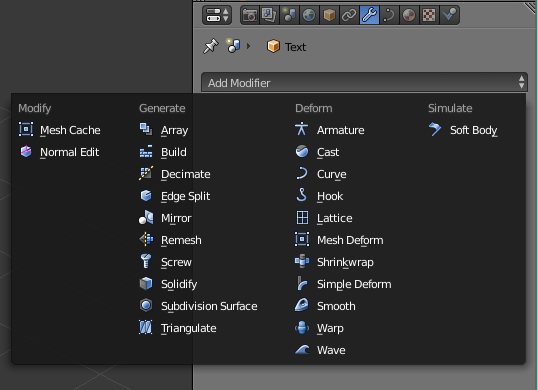 Not all modifiers are available for all kinds of objects. The main difference is between Mesh objects and Curve objects

For Mesh Objects you can use: 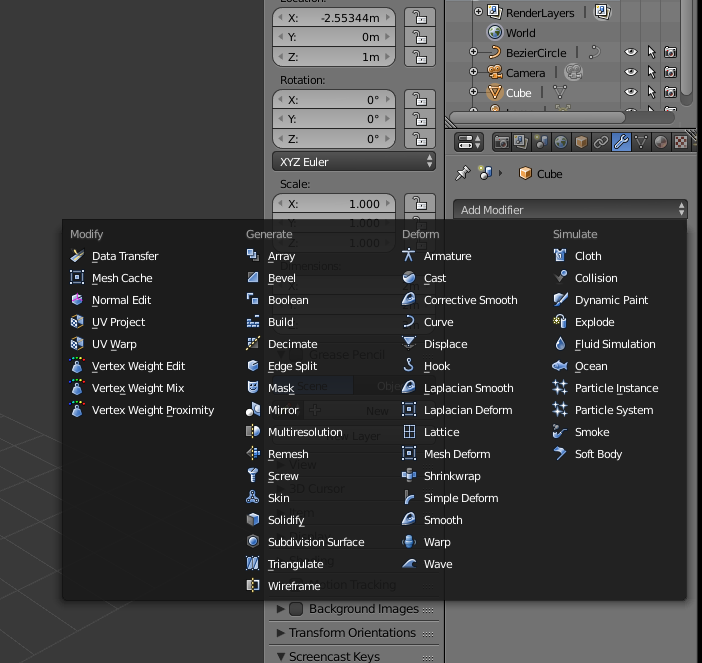 If you are dealing with curves (and text is considered a curve object) none of the modifiers you mention will be available, only these: 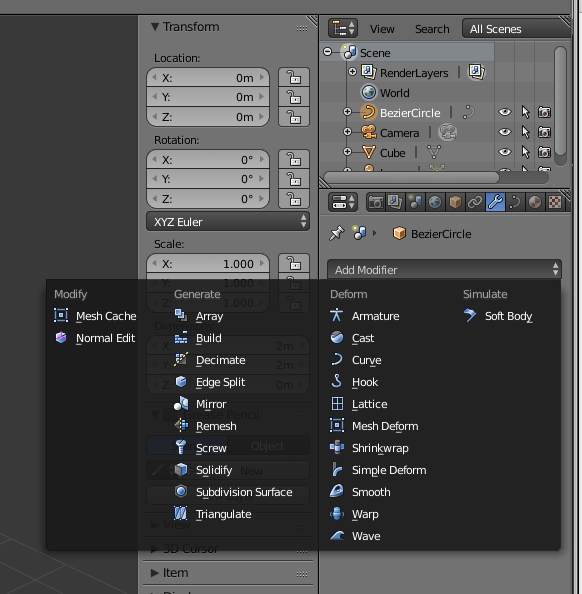 I don't know if this is the kind of issue you've got, but in some cases you have to press the down arrow to scroll through modifiers.

12
“Cannot execute boolean operation” when subtracting several spheres and cylinders from cube
2
Setting active object through python issues
3
Curves and Booleans Woes
0
extrusions and boolean modifiers
1
Boolean modifier “conflicts” with Bevel modifier
0
Is there a way to move, scale and duplicate hidden objects with the gizmo?