How can I make a linked duplicate path with other bevel object?

I want to make a cable with an outer sheathing and inside four wires. (Like a simplified version of a KNX-cable, see eg. 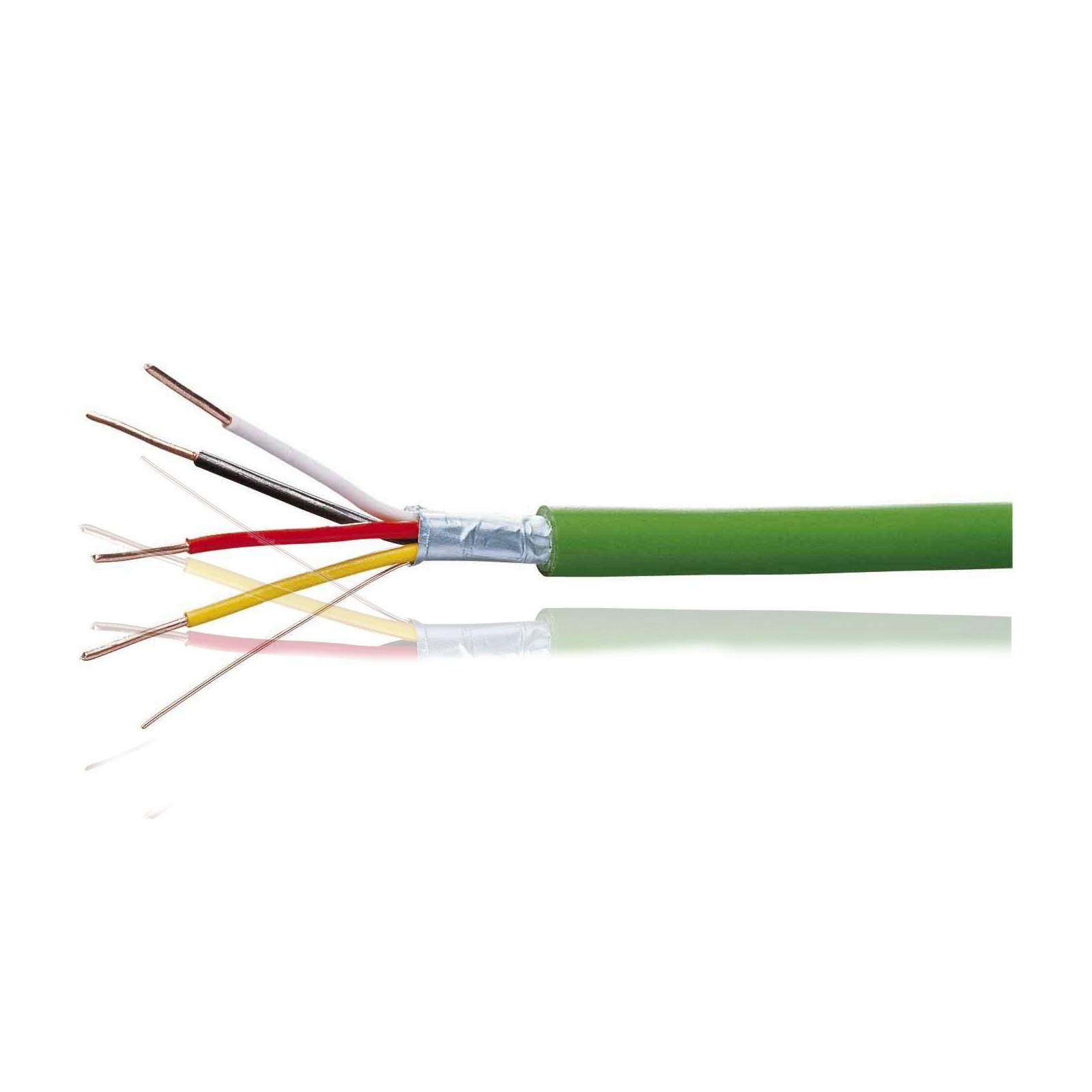 I want to be able to dynamically modify the curvature of the cable afterwards.

So I started with a curve, then made a bezier circle and used that as bevel object for the curve, and finally added a solidify modifier for sheathing thickness, works marvelously.

How do I get this to work, so I can afterwards change 1 curve and all the others follow the change, each with its own bevel object?

Thanks to Mr.Zak's kind comment, I more or less solved it. I even threw in the twisting of the wires :) The final solution does not use Bevel objects, but screw and curve modifiers.

Result looks like this. By changing "KNX-Path" in edit mode, the cable's path changes. By sliding the "KNX-Sheathing" and "KNX-Wires" along the Z-axis, they slide along "KNX-Path" following its curve. By changing the "screw" parameter of the screw modifier, I can change the length of the sheathing and wires (making the wires stick out a bit for instance). 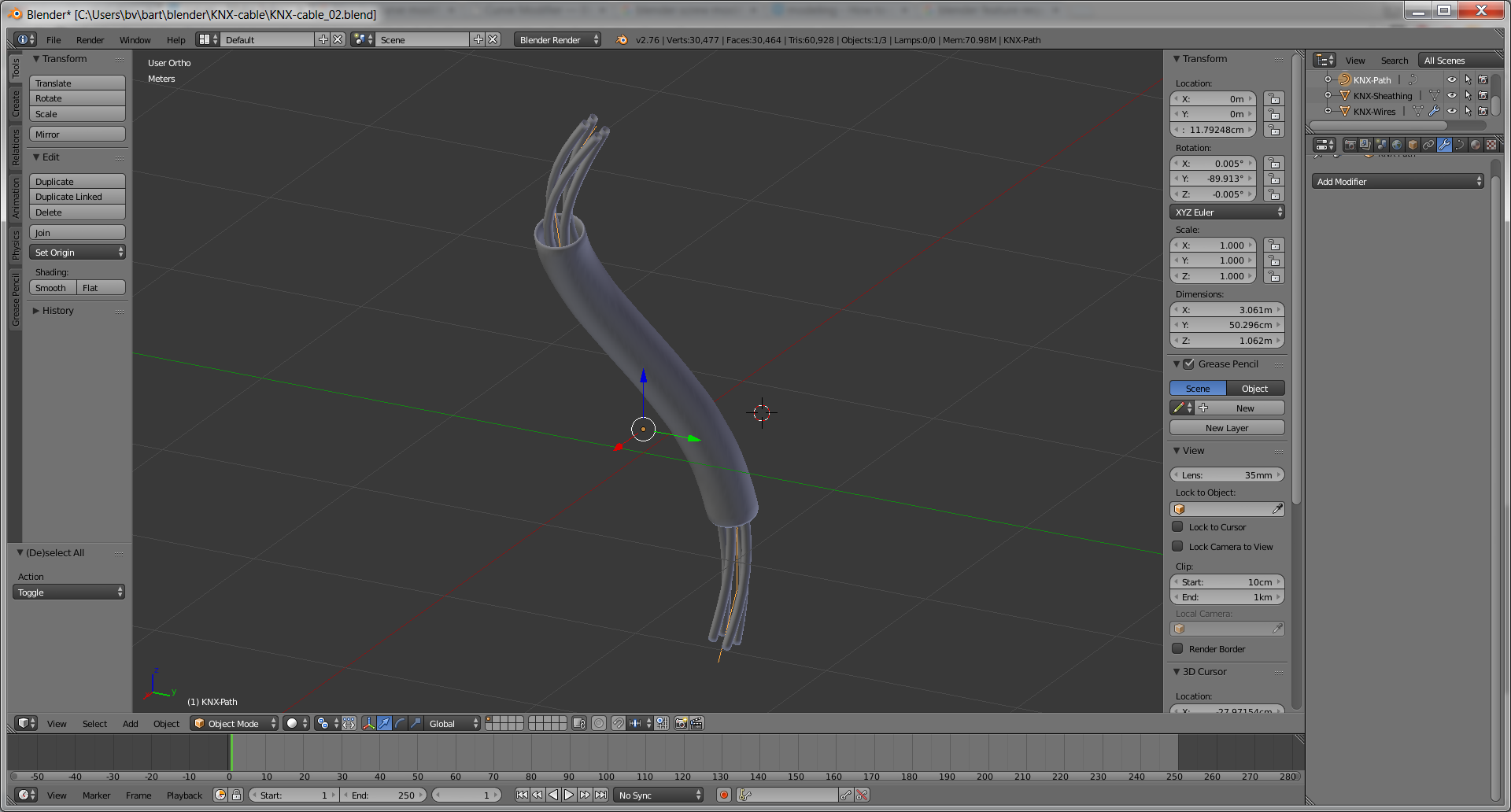 To answer my own question again with a totally different approach, this time using Bevel Objects.

The basic strategy is the following:

Thanks also to SciFiAnimator who published this short tutorial on hooks.

A variation on this is the following (with a curve modifier).

Steps 1-4 same as above, to make four wires and a sheathing using Bevel objects. Then:

The end result is that you can "slide" the cable along the path (in my case, by moving them along the X axis). Changing the form of the path will also change that of the wires and sheathing, of course.

Not the answer you're looking for? Browse other questions tagged bezier-curves linked-data or ask your own question.

4
How to tell which objects are using a Bezier Circle as bevel object?
0
How do I move an object with a curve modifier applied to it?
2
Bezier Curve: Bevel Object is creating a flat surface
2
how do i insert a keyframe at the frame where the object reaches a path control point?
3
Linked duplicate of parent/children: how to link transform properties of children?
4
Line of Bones to Travel and Conform to Curve (Train or snake following path)
0
Can i open the linked object to another blender session from current scene?