This might be a bit too special but I thought I'd just give it a try on this forum:

I have a meadow scene. And I want to have a trail running through it. I did use a displacement modifier on the small hills in the scene, and on the trail itself.

I did paint in the texture of the trail, because it should be a different one than the texture "under" the grass (as seen in the pic). 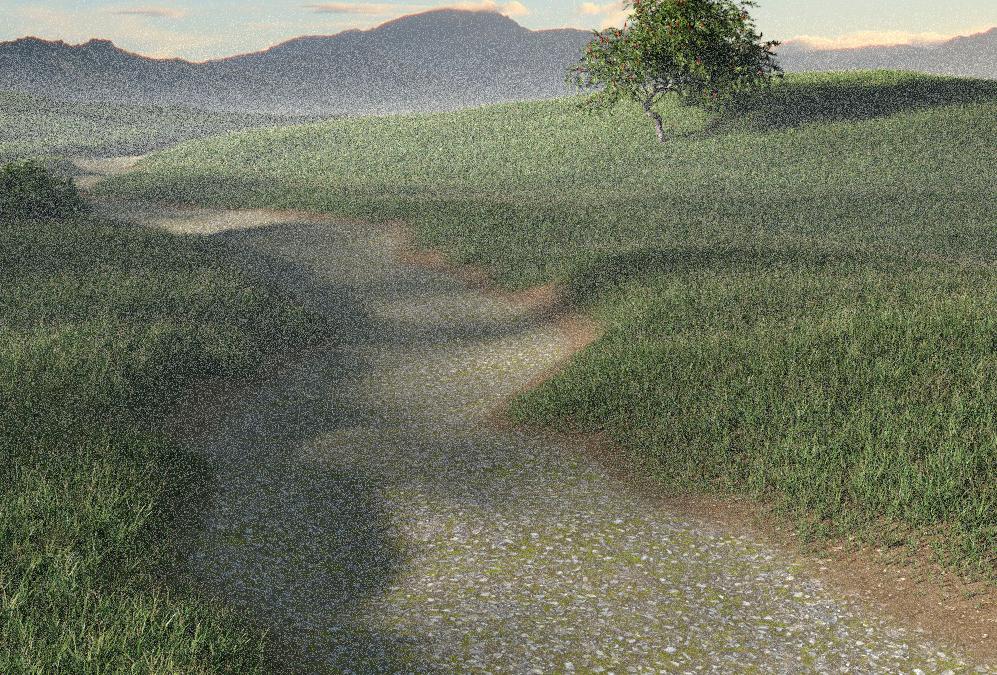 Now I want both textures ("brown soil under the grass" AND the "trail texture") to have a normal, displacement, occlusion, specularity and a diffuse map. But... 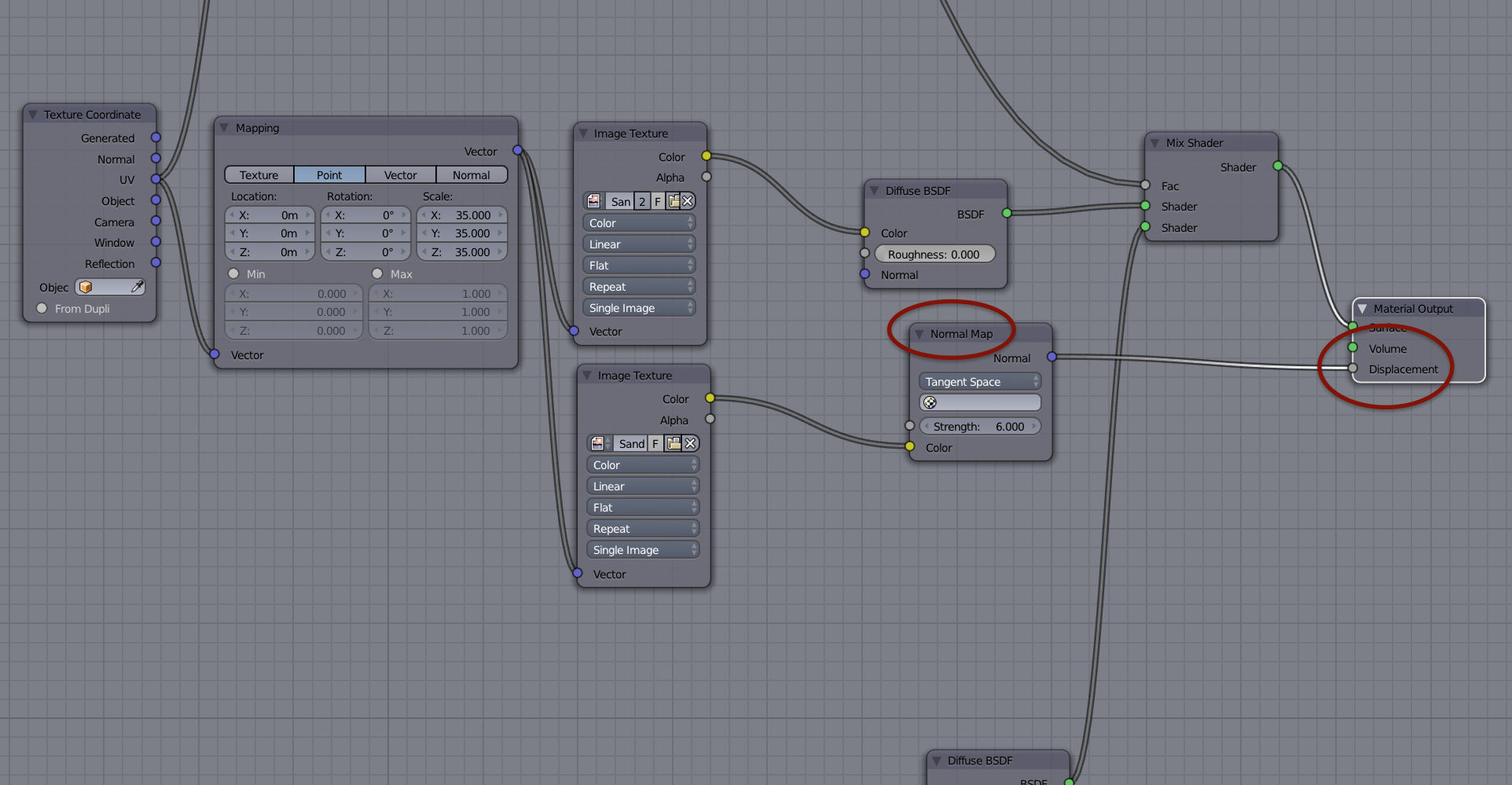 How can I apply multiple textures AND THEIR MAPS to certain areas on a single plane with the same texture coordinates as in their nodes??

(I'm not totally clear on you question but I'll give it a shot.)

Let's say you have a situation like this where I'm combining two textures used as displacement: 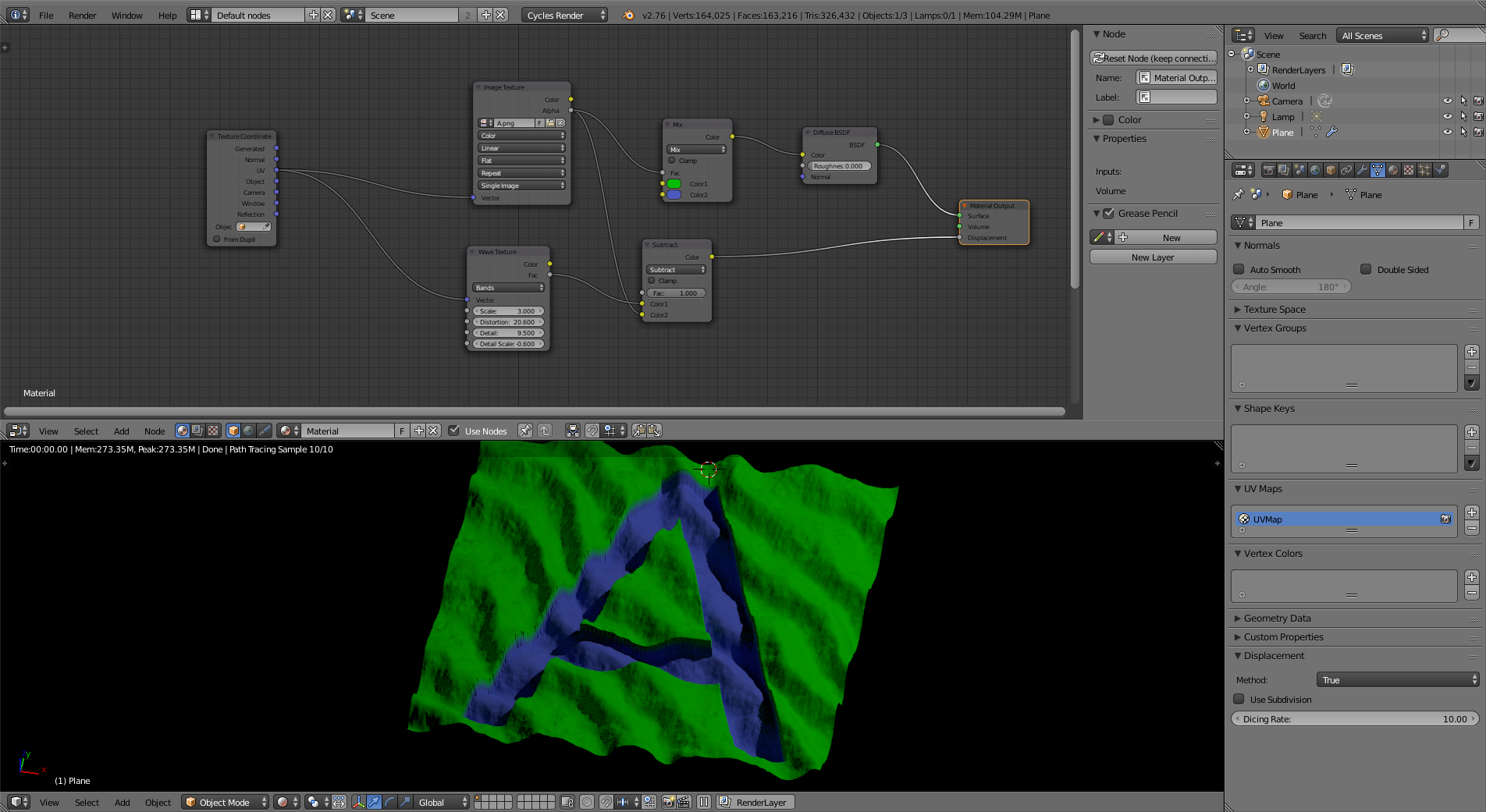 Now I want to add some voronoi noise to the whole thing, so I would just combine the bump map with a mix RGB node like this: 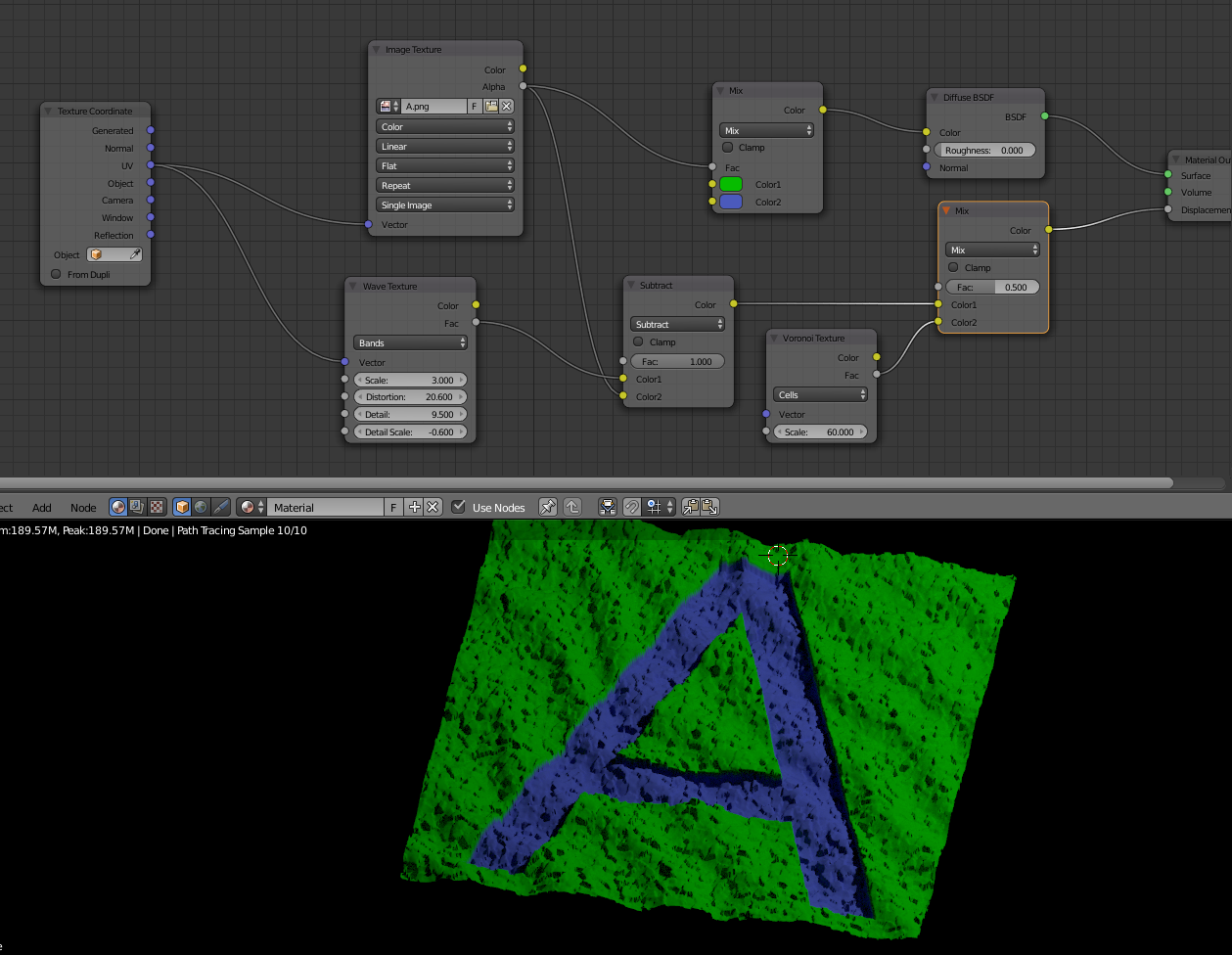 But as noted in one of the comments using true displacement on the material nodes is still at experimental stages and might yield unpredictable results. It might be better to combine multiple displacement modifiers, and maybe use an empty to control the coordinates for the deformation.

6
How to add a displacement map on a plane using procedural textures with a layer mask
3
How to combine the bump maps of two texture maps?
3
Mixing Displacement Procedural Texture
0
How can I combine multiple displace modifiers?
1
Smooth transition between textures
0
How to build a material for an alligator watch strap?

20
Using a Normal map together with a Bump map
0
Getting a normal map to work in a multiple uv node setup
1
Cycles Node Editor: Double Diffuse problem
0
Difficulty with multiple overlaying textures on one material
1
What does the “Height” map mean in Blender?
0
What's wrong with my node setup for PBR materials?
0
albedo, height, roughness? Texture download included a bunch of files. How do I properly use them?