Is there a way to do this "splitscreen" partially-rendered effect?

In this example (not my animation), the right half is rendered, while the left half is unrendered (like what you would see in the Viewport when set to Solid mode). As objects cross the center of the screen, they become rendered/unrendered.

This is done to show viewers what's going on behind the scenes, so they can see how the shot was constructed.

How could such an effect be created in Blender? I am particularly interested in doing the left half (the unrendered bit).

You may easily achieve this effect using Compositing Nodes. I'll show you how to do it both for a still image and animation. 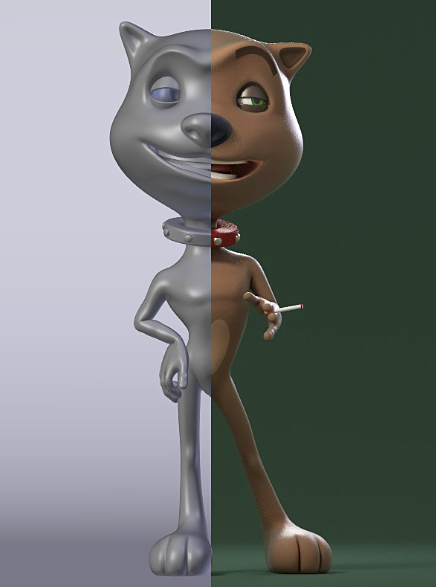 First select the Slot 1 in the UV Editor window and render your scene using a Full render (F12). 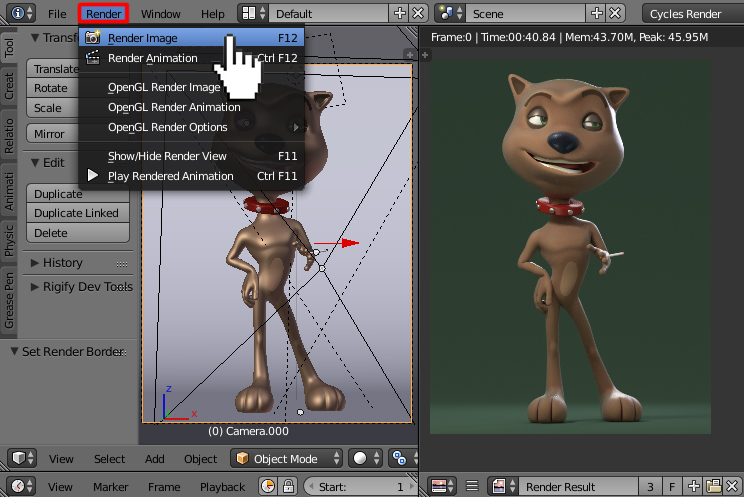 Then change the slot to Slot 2, but this time render the active viewport using the Open GL render. Remove all the materials from your model. Check the Only Render checkbox, located in a Display panel of the Properties Shelf (N) and click the camera icon located at the bottom bar of the 3D window. 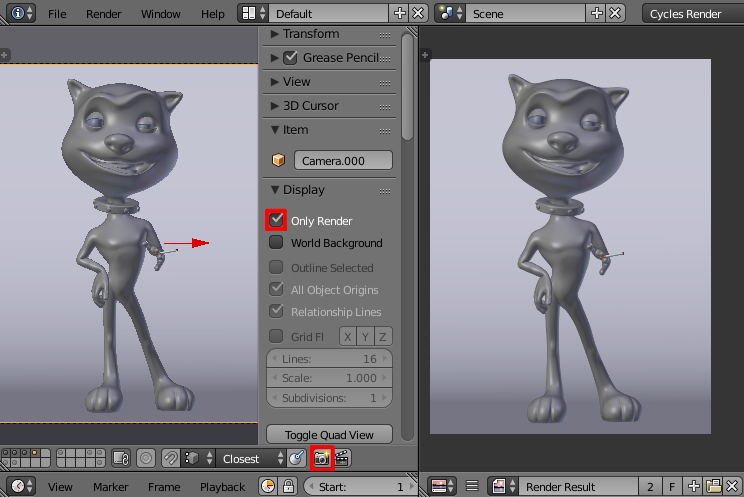 Save both images to your computer. 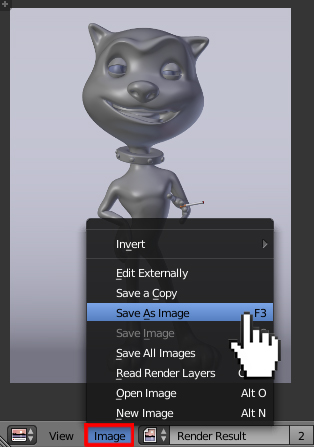 Now go to the Node Editor, press the Compositing nodes button and check the Use Nodes and Backdrop checkboxes. Then set up the nodes as pictured below. First add two Image nodes (Shift+A-->Input-->Image) and open both images you've rendered. Next create a simple b&w texture in gimp (with the same resolution as rendered images). 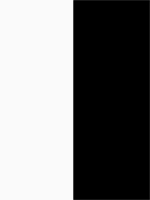 Use it as a Factor for mixing two renders (add a Color node [Shift+A-->Color-->Mix] and plug the image to its Fac socket. Add a Viewer node (Shift+A-->Output-->Viewer) to see the compositing result. 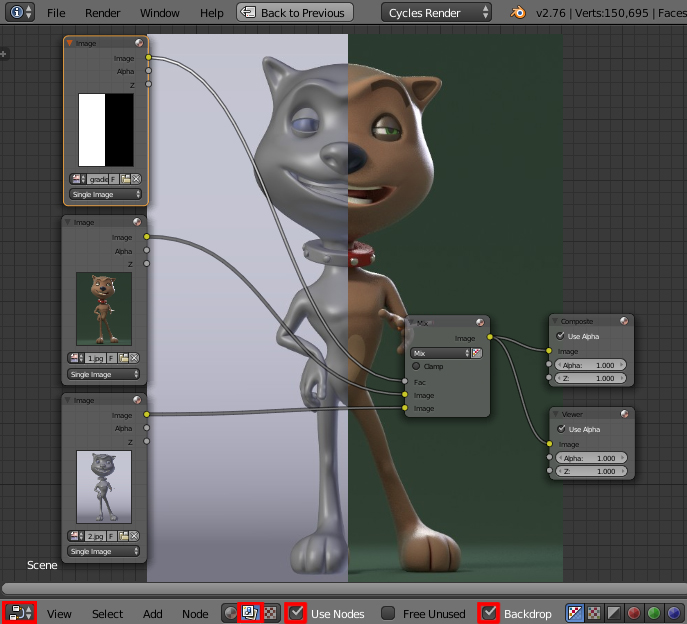 You may do it in similar way. Go to Render header and set up things as you like in Dimensions panel. In the Output panel choose the path to the folder you want your rendered frames to be saved (in my case I created a new folder and named it 'full render'). Change the file format to JPEG. 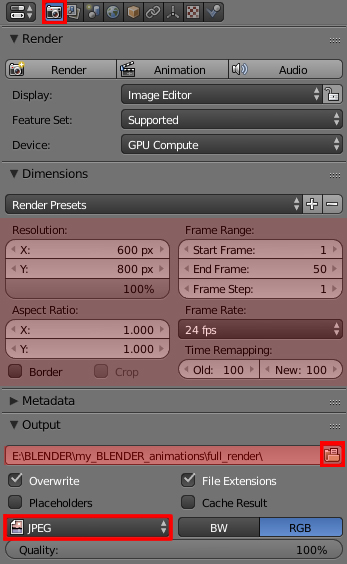 When finished with rendering, change the path to another folder (I created a second one and called it 'openGL'). 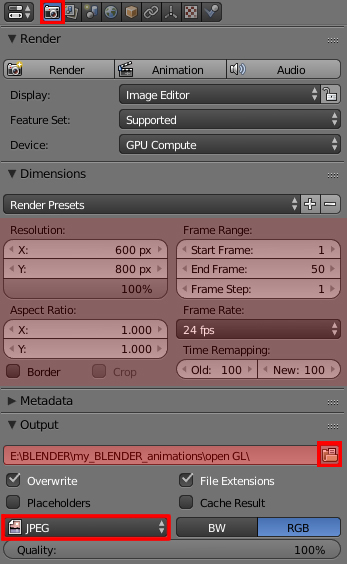 You have now two rendered image sequences in two folders. Set up the nodes as pictured below. Instead of adding Image nodes, add two Image Sequence ones (Shift+A-->Input-->Image Sequence). Load the rendered pictures for each of them. 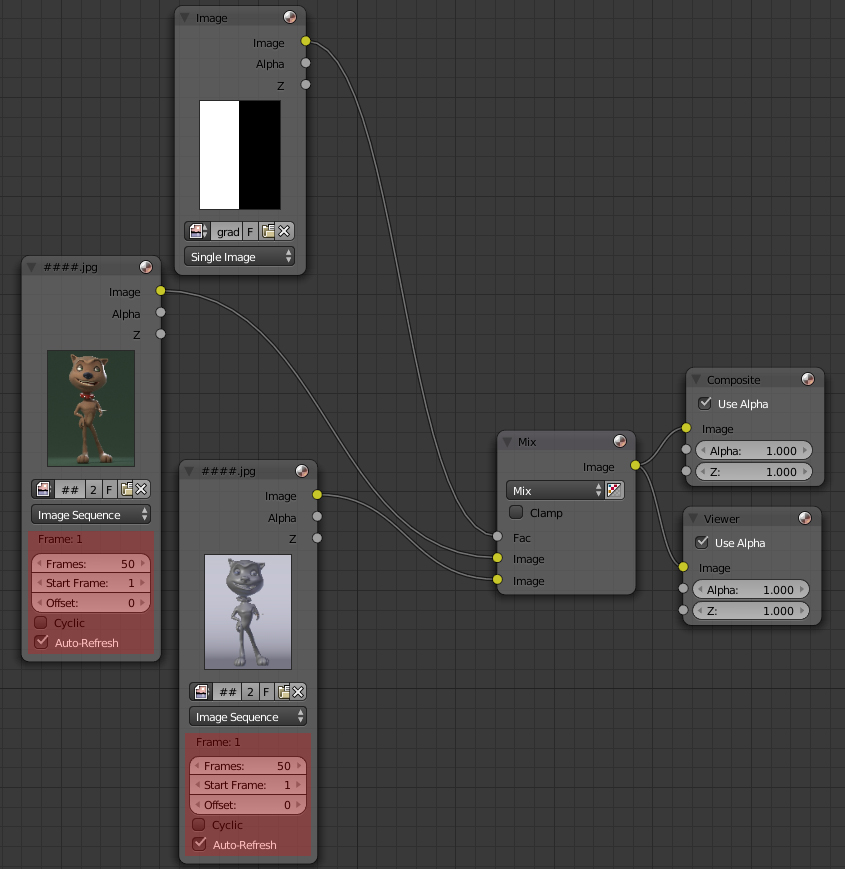 With setup like this go once again to the Output panel, click on the file directory browser and create a new folder for the final animation. Change the file format to for example AVI Raw. Render your scene once again using F12 button. 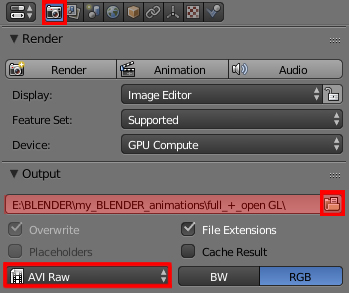 I would do this by using a render border to render only half the image, then overlaying it onto an OpenGL render.

First set the render border to render only one half of the camera under Outliner (set to Datablocks) > Scenes > [Scene Name] > Render Data. To render just the right half I set the Border Minimum X to 0.5.

Then name your output file to something like ..._render_ and render out the image sequence as .PNGs.

Next rename your output file to something like ..._OpenGL_. Then (making sure you are in the camera view with Numpad 0) render as an OpenGL animation from the 3D view footer or Info Header > Render > OpenGL Render Animation. 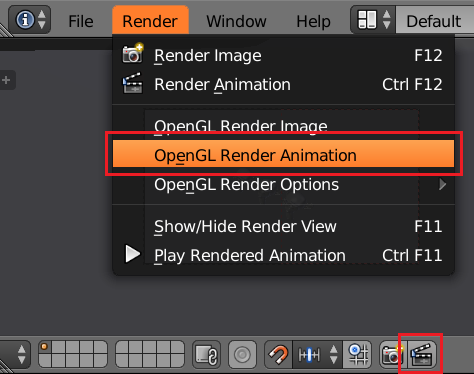 Now go the the Video Sequence Editor (VSE) and use Add > Image to import the two image sequences (one sequence at a time). Place the ..._render_... one above the ..._OpenGL_... one.

Lastly, set the Blend on the top strip to Alpha Over under N toolbar > Edit Strip. 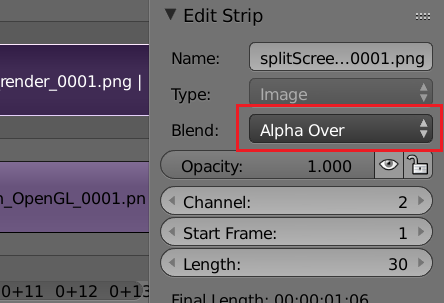 Now you're ready to change the output filename to something like ..._split_ and render normally with F12.

3
Why is my mesh inversed when Imported to Unity?
0
Why do some objects not show up in the camera view?
0
Why isn't my node setup working to create a smoke effect in cycles?
3
Animating the process of creating a 3d scene
2
Streaking Behaviour of Lights - Render but not Viewport
2
How to create a detailed moon surface texture for close up shots?
5
Renders with colors on either side of screen