Why is only the hair based particle system appearing in two levels of particles?

When I render the scene I can only see one Particles "called HAIR in the scene" I can not see " SEEDS and LEAVES" particles, even in the view port. I have double checked that hey are under same group objects. Can you please help me to find out what's going on? Thanks

Does hair get special treatment? 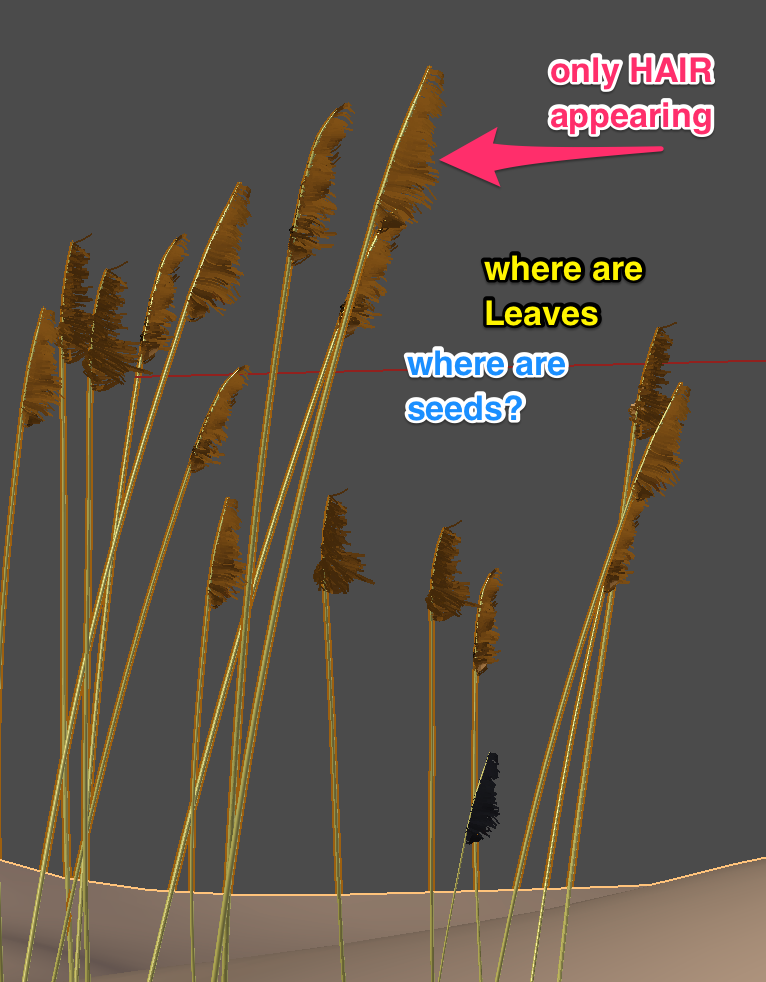 Visibilities are on as shown below 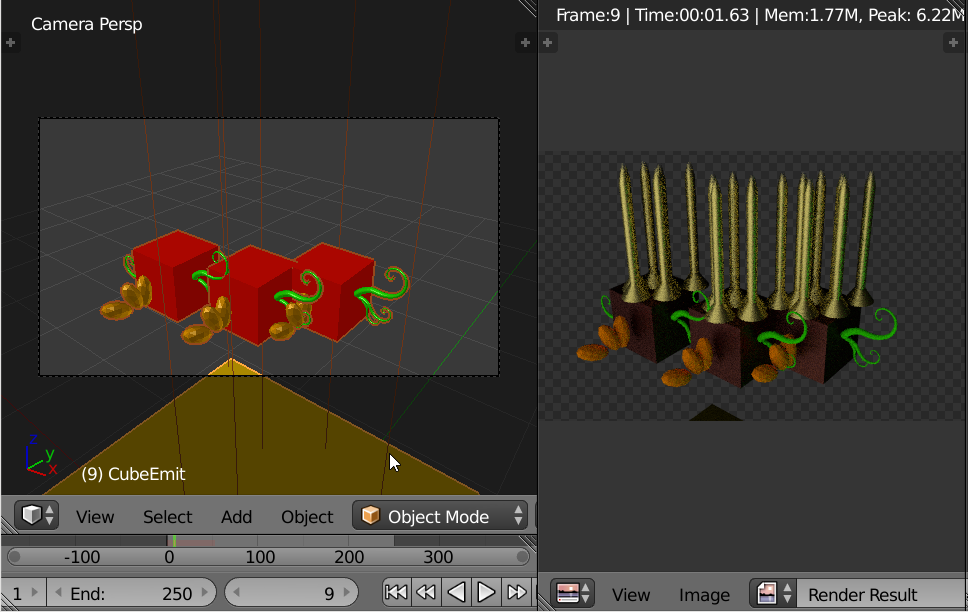 Nail Shaped Hair is the second Particles system of the reed emitter in Layer 2. The Hair appears as strands in the 3D View Window. 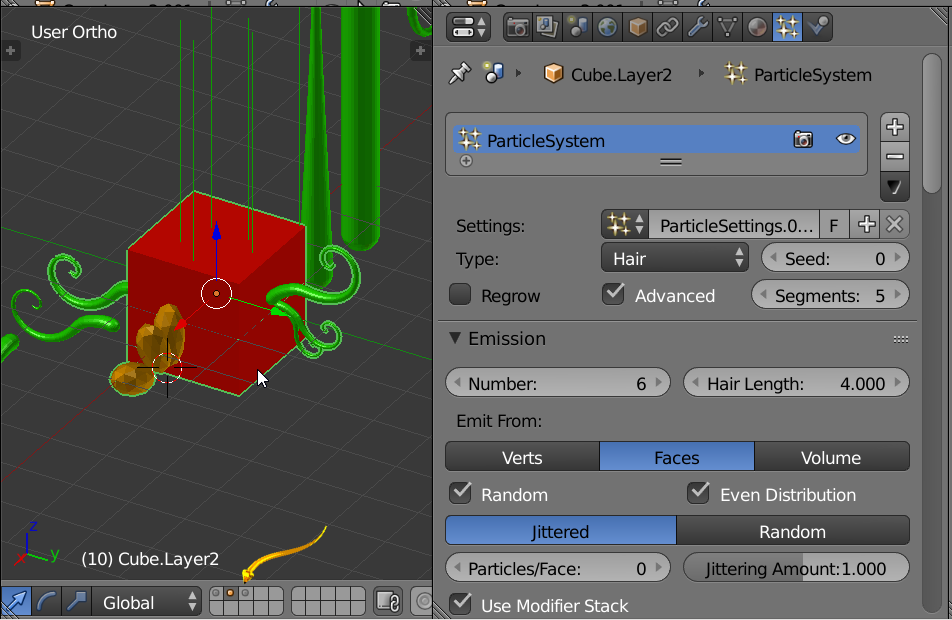 You have already successfully rendered the emitter and the hair particle system. I have done the same in a new file. I have not succeeded to render the non hair non emitter.

You could have a finished model with only the group particles hair system present. The seeds and leaves can be part of the emitter.

For the seed and leaves you can convert them to non particles and be part of the emitter. The particles system can be used to generate the model. Then press the button [convert] in the the modifier panel for the particle system. The hair particles remain. The emitter is now a complex of reed, leaves, seed. Your artistic needs would determine if that is suitable.

You do NOT need to convert hair. The [convert] of the hair seems to produce edges only which will need to use something like a solidify modifier

I used a particle instance modifier ... different from a particle system ... and I could duplicate hair but not object particles.

I will seek a few more alternatives.

Under the object Duplication Panel for the missing particles make sure the either None or Frames are selected. Do not use Verts Faces Groups.

Verify all particles system generate particles for the frame above.

Verify that the Render visibility is on for the missing materials. The camera icon in the outliner panel.

Verify that you have no transparency in your material.

Not the answer you're looking for? Browse other questions tagged cycles-render-engine rendering 3d-view particles or ask your own question.

18
Is it possible to recursively instance object particles?