In Blender, how can you dynamically generate a right prism between two parallel planes inscribed within an arbitrary closed polyhedron?

I would like to flatten (scale to zero thickness in a specific direction), then solidify the result of a dynamic (un-applied) Boolean (difference) modifier, and see no obvious way to do this...

My ultimate goal with this is to generate a shape that is a variably thick slice of a dynamic volume, with perpendicular thickness, that does not extend beyond the bounding volume. Is there an easier way to do this?

if you collapse any closed convex polyhedron along any arbitrary axis, any part of the collapsed shape will have two polygons (a front and a back face) for all points within the flat shape... If the shape is concaved, you may have parts of the flattened shape with other even numbers of faces at some regions on the resulting flat shape. (You will see this as z-fighting as the shape is drawn on the computer.) I am unaware of a way in Blender to simplify such a shape to a set on non-overlapping faces. 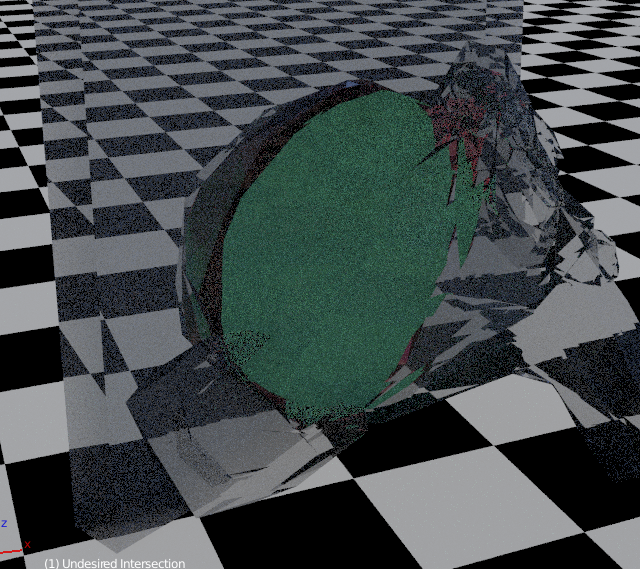 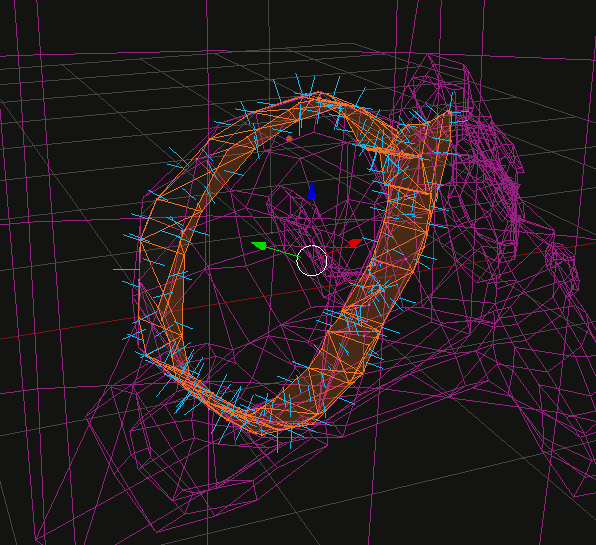 (Thanks to @stacker for creating the wireframe that is much easier to see than my rendered image.)

The ring highlighted in orange in the wireframe image is actually the negative space around the slice that I'm trying to dynamically create. I included it in the .blend file to differentiate the shape I wanted from a simple Boolean intersection modifier.

2
Wrap cylinder around sphere
0
Cutting heart shape in a mesh
2
Select vertices based on other object (like boolean modifier)
2
Procedural generation of cavern floor for 3D printing
1
Make Thin Mould
2
How can you smooth out the transition between these two objects so that they appear seamless?