In Cycles, is there a way to create a procedural texture that follows the longitudinal lines of a sphere? Like a beach ball or globe? The texture should be able to be mapped to any sphere-shaped object, not just perfect spheres.

My current approach is to use a rotated wave texture, but that doesn't come from the poles (It uses latitudes)

This Texture node place a Radial Gradient upon the object's surface, creating a variation of factor from 0 to 1 around the origin of the object (using Object Texture Coordinates). 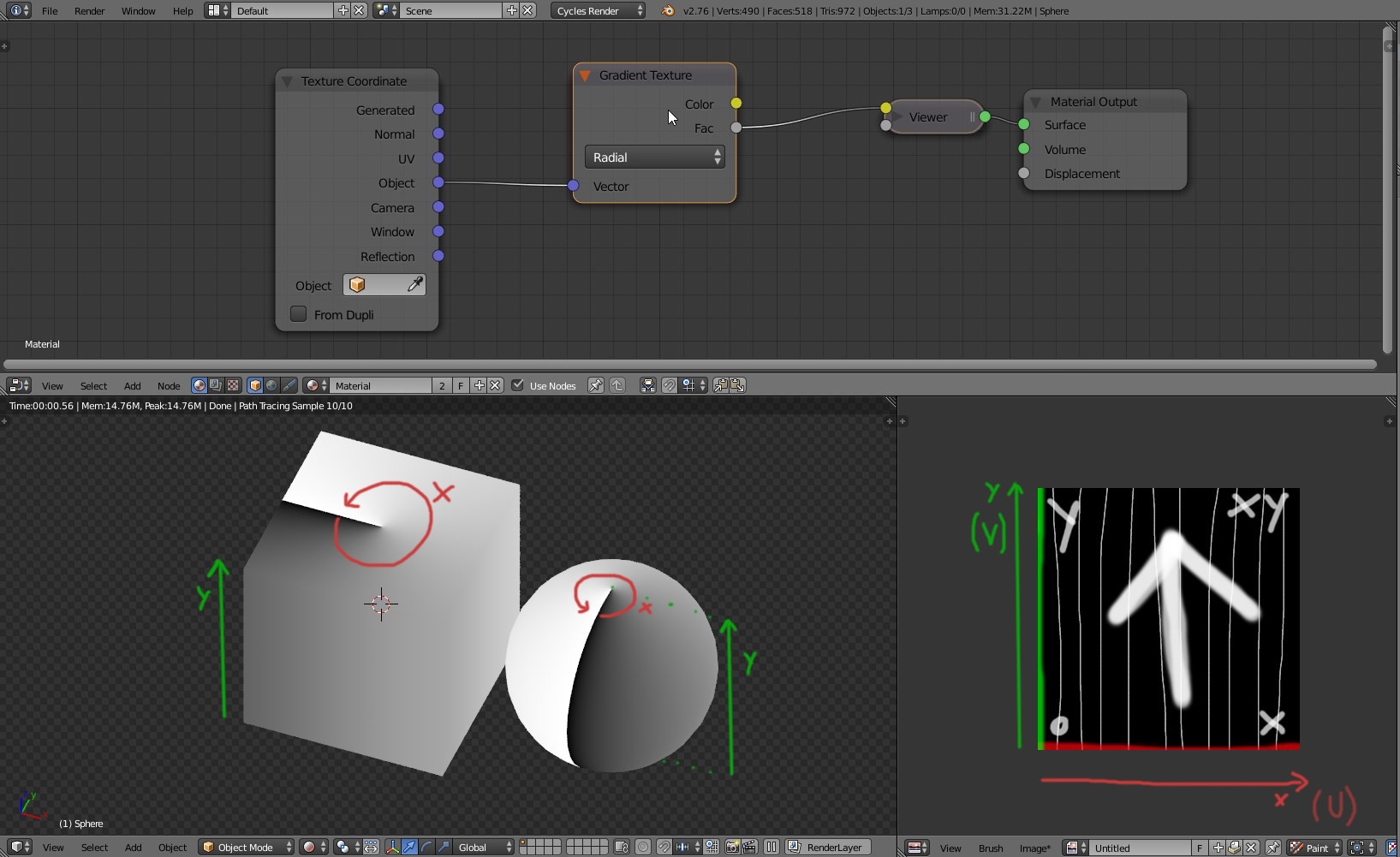 If we use the resulting factor of the node as the X input of the vector driving the mapping of a wanted coordinate, we are able to place the wanted texture with a new set of coordinates.

X (canonical name should be U) is the coordinates that read from left to right the texture and should be mappad with the gradient (see Combine XYZ node).

Y (canonical name V) should instead start from bottom to top, so it's equivalent to Generated Texture Coordinates's Z. You can extract it with a Separate XYZ node. 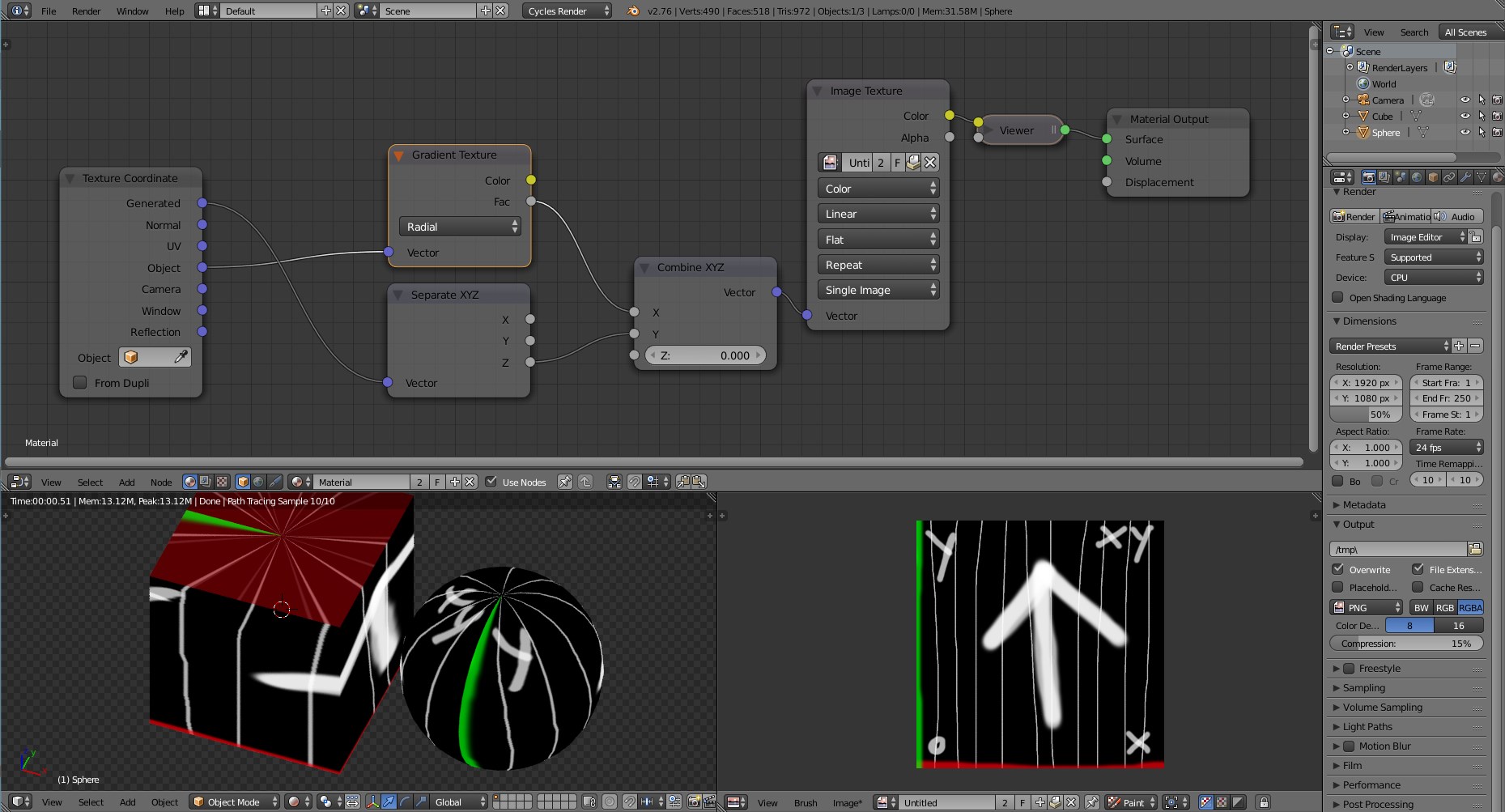 Here's the resulting shader (with a 45°-rotated Wave Texture) upon a cone, a fat Suzanne and a shell: 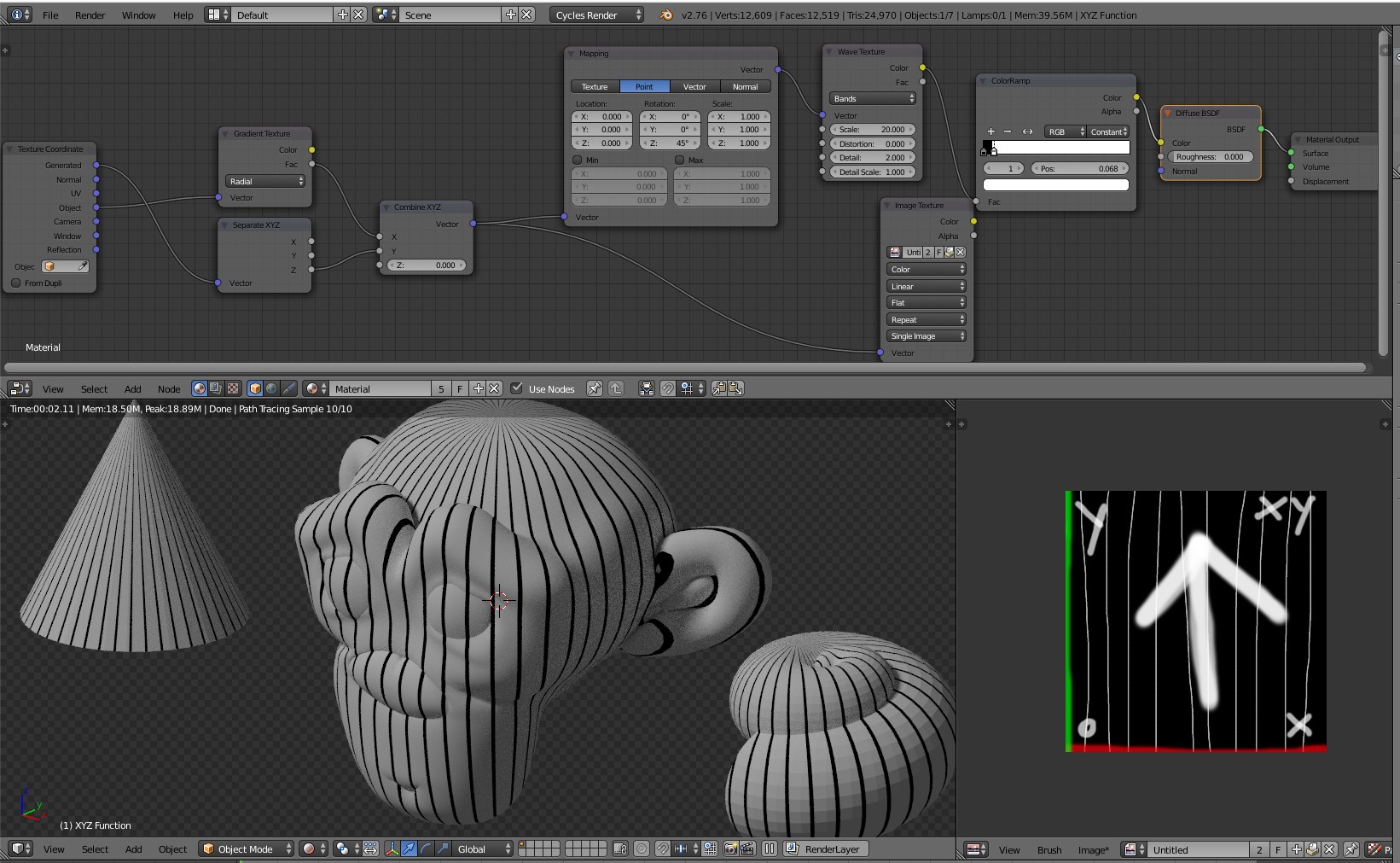 There's a more efficient approach, which is using the "Modulu" in math node to divide the gradient into smaller steps, then dividing it by itself to be able to have the full range of the gradient at each step (from 0 to 1 values), and finally using a "Greater than" node to control the lines thickness.

I've learned this technique from Bartek Skorupa from CG Cookie.