How to create a flat vortex force field?

I'm trying to make a sort of accretion disk around a black hole, except I can't figure out how to create a vortex that forms a flat ring shape rather than a tornado shape. I've tried scaling along the z axis, but if you scale it to 0, it just stops working altogether.

How do I flatten this vortex force field (for use with smoke effects) so that it will form a flat disk rather than a tornado shape?

I added a vortex force field. If I scale it to 0 along the z axis, the radial force it exerts on the particle system disappears. If I add a falloff to the force field, the radial force disappears also. This is my scene: imgur.com/GbIm3sE The dark gray circle in the center is the gravity lensing object, the sphere in the very center is the black hole object, and the spiraling lines mark where the vortex force field is. The rendered image is posted in an earlier comment of mine.I need particles to be sucked off of the star object on the right and spun around the black hole in a disk shape

Ok I hope this is what you are looking for? 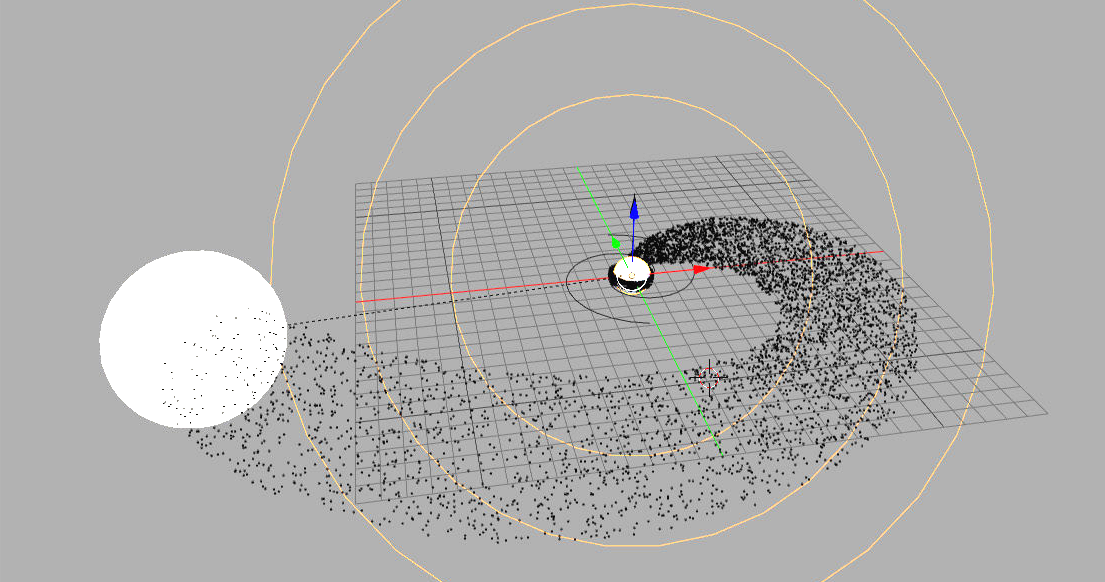 Not the answer you're looking for? Browse other questions tagged smoke-simulation force-fields or ask your own question.

3
Difference between the vortex and the wind force
3
How does the Turbulence Force Field work?
0
How to make smoke emission not be affected by force field?
2
Wind force field not affecting cloth object
2
What is “Z Direction” in Force field?