What is the warp modifier for?

What is the warp modifier for, and how is it used?
Even when I fill in the From and To fields, so that the modifier is not red, I still can not figure out what it is so post to do. 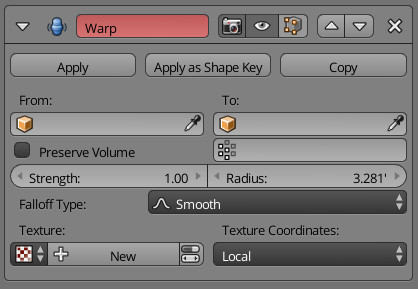 When I set up the modifier just like is shown in the manual, it does nothing.

The warp modifier can also be used to wrap an object: the to object controlles the direction to where the from object is wrapping the object (holding the modifier).

The warp modifier produces results similar to user gestures of

The blue cube has a high vertex density. The from and to are animated in rotation. 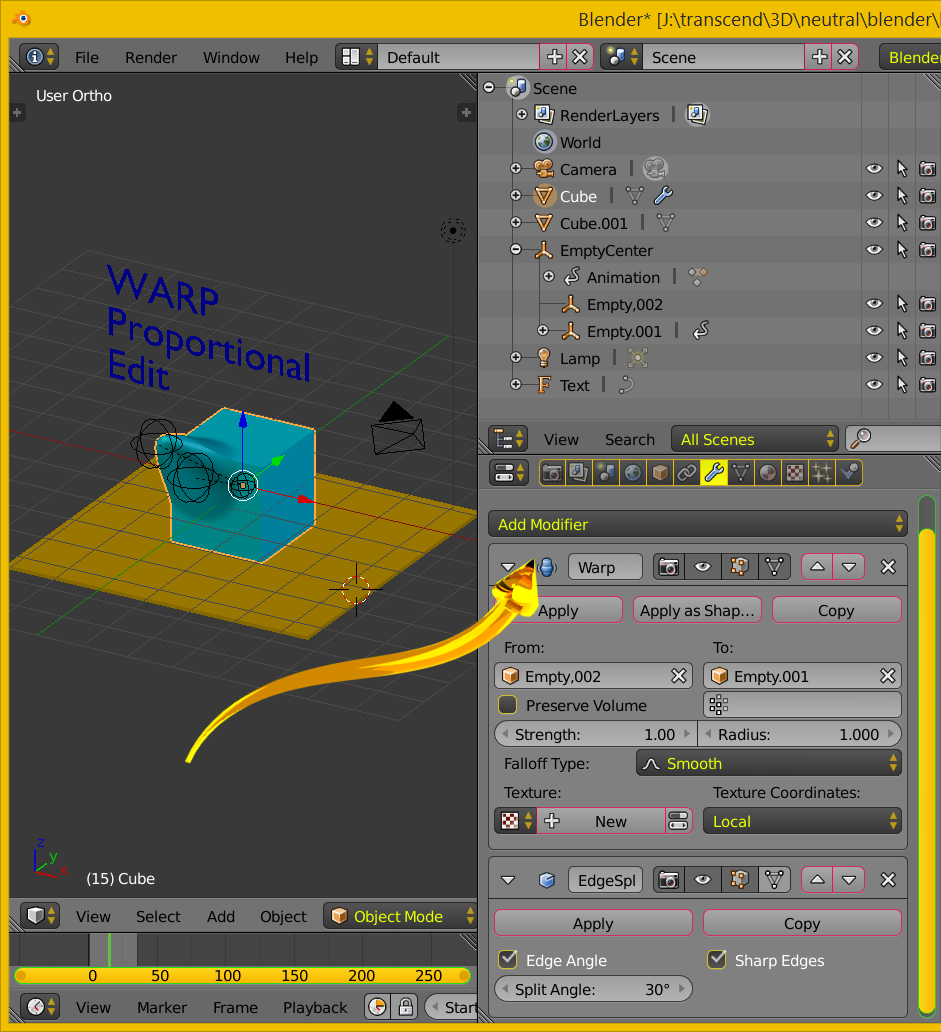 The warp modifier deforms a mesh as if some force acted on it. The force starts at the "start" object and ends in the "to" object. The "start" object center and the radius determine which vertices are affected. The texture option has an effect similar to the texture of the displace modifier.

Also note that the manual uses a grid, not a plane without subdivisions.

I found this tutorial useful: https://www.youtube.com/watch?v=AzMVZa5OVBY

10
Dynamic proportional edit connected to an object?
3
Shell based deformation in blender

0
Will Warp bridge these two objects?
0
When I add a Modifier, nothing happens
2
Why is the "Randomize" option missing from my Array modifier (in 2.91)?
1
Boolean modifier shows object as hollow at the cut out
1
How to store multiple added empties IDs used in a warp modifier so they don't conflict with new warp modifiers?