How can the Blender User reshape a Distorted Cylinder to a Regular Cylinder in a minimum number of steps in situ, no adding or deleting of vertices?

This is in the context of Shape Keys, therefore deleting vertices and adding them back is not allowed since it would affect pre existing shape keys. Assume the connectivity of the starting shape vertex selection in edit mode is topologically equivalent to a cylinder with out caps. The current selection consists only of edge loops in parallel connectivity. In other words the task is possible without adding or deleting any vertices or changing topology. We just need to change position of vertices. 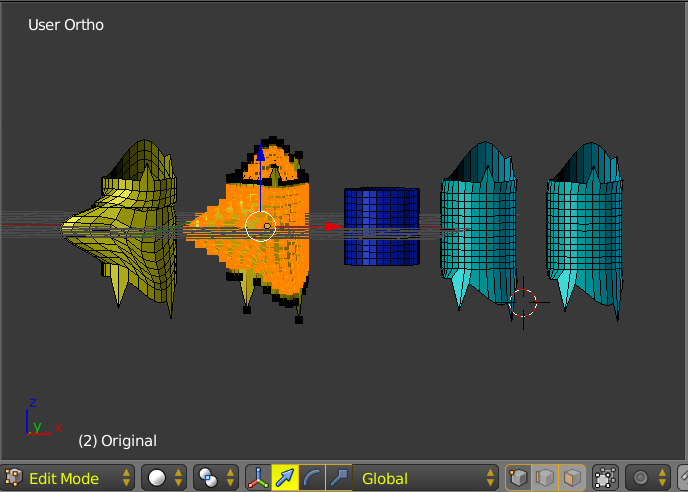 In the image above the left most yellow mesh is the starting point. The second yellow mesh in edit mode depicts the vertices or vertex group whose members may be moved. That is a requirement. Please note 1 or more vertices are NOT selected. 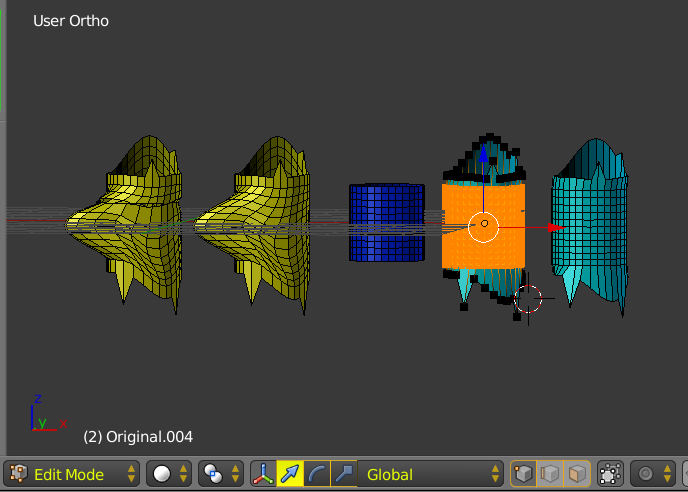 In the image above we see a successful edit. Cyan Shape show results according to the steps below. Edit Mode and Object Mode.

Best candidate at the moment. Minimum of artistic maneuvers was one goal. Assume target cylinder in standard z-axis position. 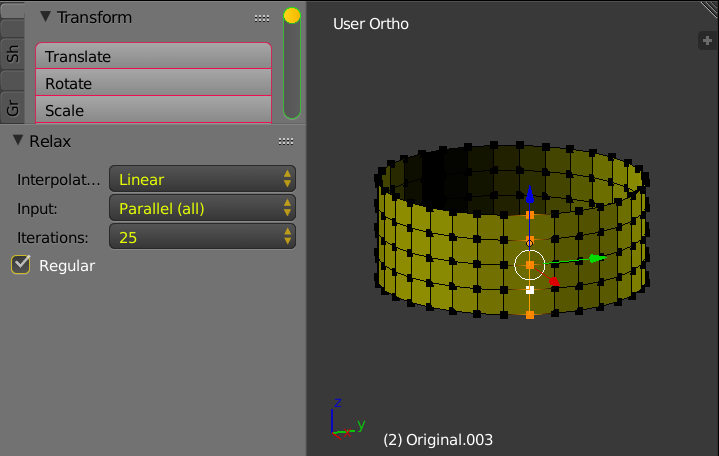 In the image above unselected vertices are hidden for ease of explanation.

Can these steps be streamlined?

Perhaps a Script would be preferable to copy points from a fresh cylinder calculation. Please correct my understanding of the problem in the comments in case I have under specified / over specified requirements.

Low priority Failure category in the context of some current goals 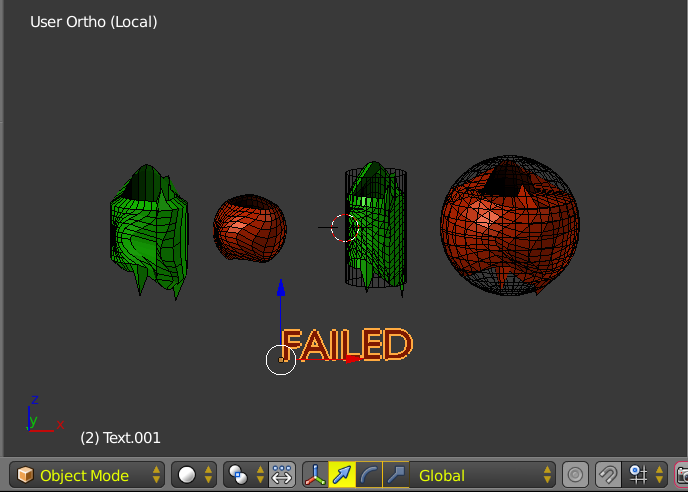 I'd use a script.

This assumes your modified object is in edit mode, like you said.

If the two object shares the same number of vertex and similar same edges & polygons list, you should be able to convert a "target shape object" to a Shape Key for an other object.

Obiuvsly "good" results are achievable only if they have matching topologies (e.g. a T shape will not easily became a I even even if the vertex count is the same), but your case seems one of them. 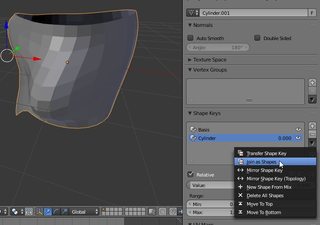 First of all you should create a "basis" shape key for wanted object, just for safety.

After that, pick the "target shape" object and then the other object.

In the drop down menu as shown in the picture above you can find the command that will add the selected object's active shapekey (the basis in this case) to the active object.

Raise the Shape Key influence factor in order to see the change of vertices coordinates.

2
Remove ridges from hemisphere in half circle ngon that appear with the Subdivision surface modifier
0
Projected convex hull in plane
1
Extruding square shape (from mesh) along curve results in a flattened mesh
1
is there an inverse function of the circle function (w --> Loop tools) to form a square form a circle?
3
Bridge edge loops - select at least two edge loops
1
Remove edge loop from selection in 2.8
1
Cylinder meshes and boundaries