Why is blender using so few resources

Right now I am doing the final render on my light-saber and previously when I would render objects with around 1000-3000 samples depending on the complexity it would take maybe an hour but now blender says it will take 69 HOURS to render this light saber and only uses 2000 samples. My system hardware consists of a GTX 970, 16 GB of RAM and an Intel i7-4790k CPU running currently at 4.5 GHZ 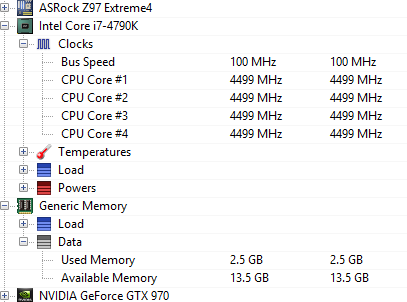 .I am just very confused why on the render it says that it is only using around 18.37mg of ram when I have 16 GIGABYTES. I've set blender to high priority in Windows Task Manager and im just confused on why its using so little resources and why is it taking so long to render everything.

Fixing this should be a matter of setting the sampling back to 2000. I think you accidentally put in 4,000,000 instead. It is possible that you have "Square sampling" selected.

Not the answer you're looking for? Browse other questions tagged cycles-render-engine rendering modifiers image shaders or ask your own question.

2
Blender runs out of memory while rendering fabric hair on GPU
2
Blender freezes, but no resources are maxed out
1
Why isn't my image texture working?
0
Blender crashes when rendering at full resolution