Some of you might have seen my earlier question about how to make an edge in the hood of my car. I have now got that looking nice but with one exception: the edges of where the crease merges with the car have to be triangles as far as i am aware, which is causing subsurf to do some weird calculations. I have tried deleting and reentering the faces but that has not seemed to help. 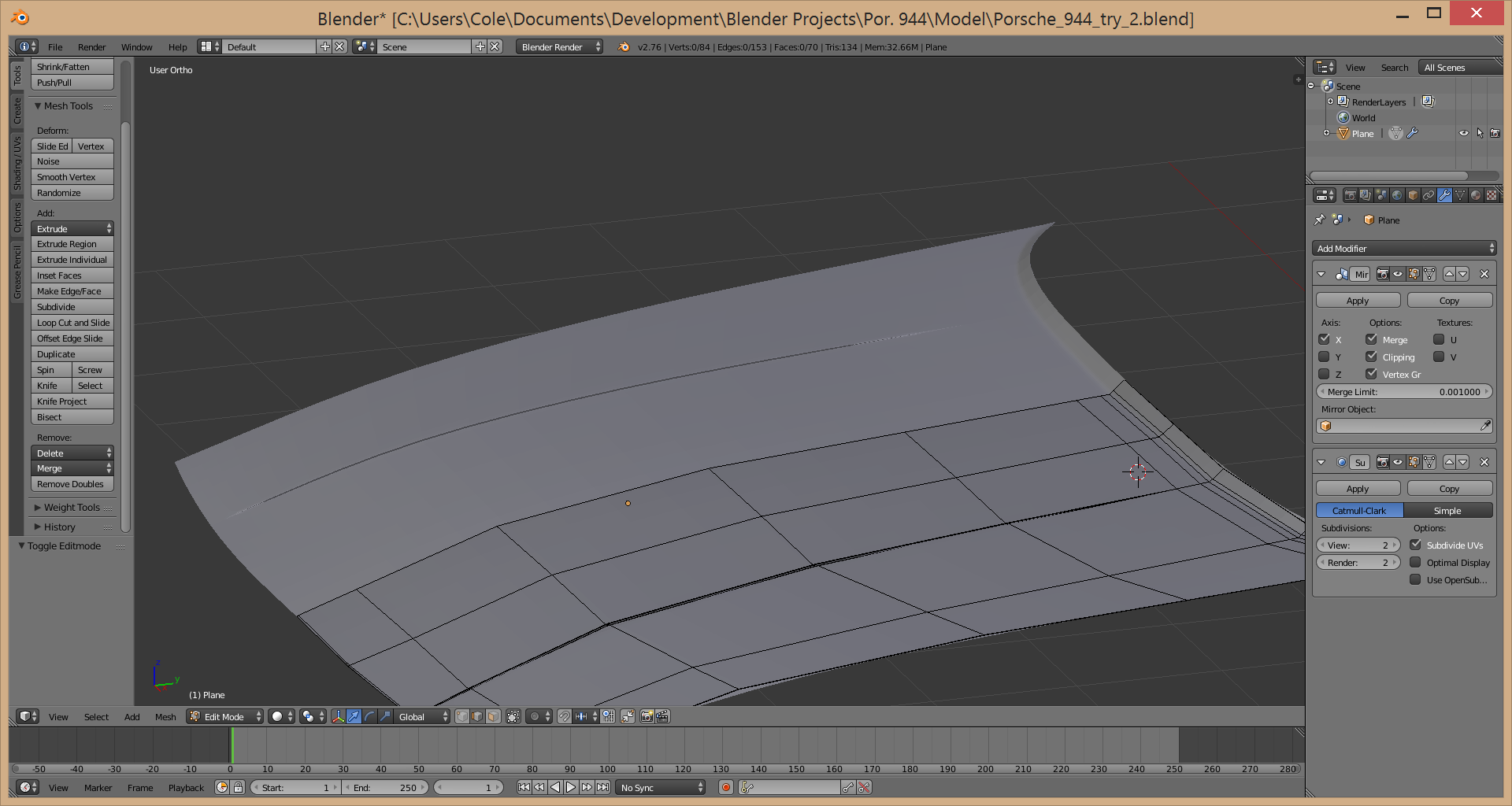 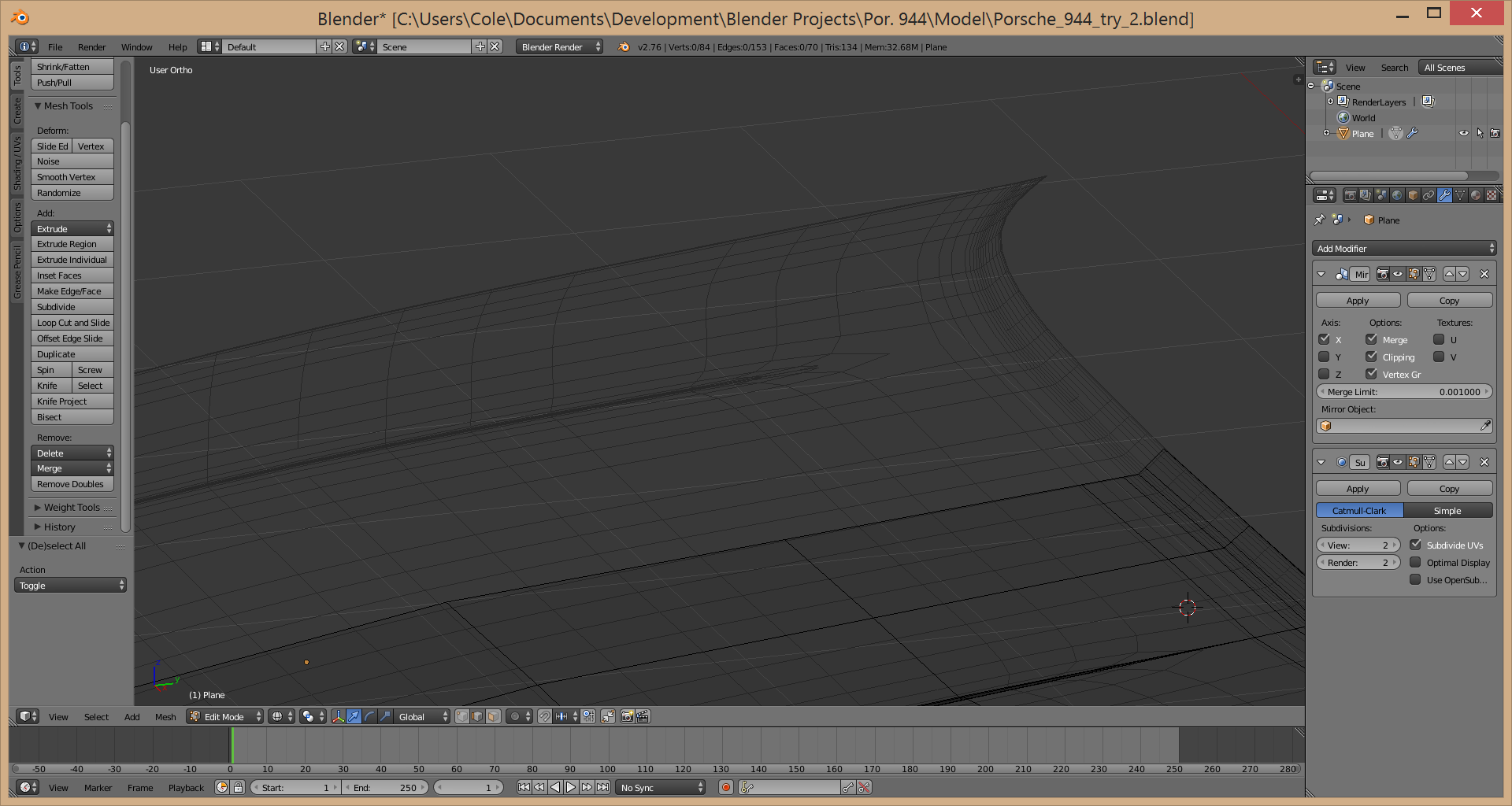 Actually, Cole, they may not have to be triangles, only have to look like triangles. What I would do (I think), is to recast the triangles as quads where two of the vertices of the quad exactly co-incide, giving four vertices, and four edges, even though one of the edges has a length of zero.

Though not in this exact circumstance, this is a trick I have used in the past to good effect, though I've not tested it exhaustively, and it may not work, or may work with unanticipated side effects, in some cases.

Thank you for your reply. I decided rather than doing that just to mask the problem by putting a loop cut either side which while it does not fix it hides it pretty well. If any one has any other suggestions that would be appreciated but for now this seems to be a quick fix.

Generally, when modelling with the intention to use subdivisions later, it's advisable to stick to quads as much as possible, as @brasshat has suggested, since quads produce predictable subdivisions, whereas tris, as you have experienced do not.

In your instance, it's a bit difficult to decipher what your intended result is.

If you would like to remove some faces, you could have an extra loop cut. If you have two loop cuts close to one another in the center and then remove the intended faces. For further control you can play with edge crease settings. 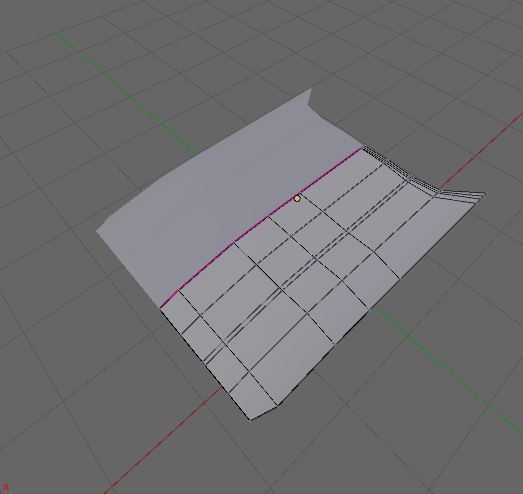 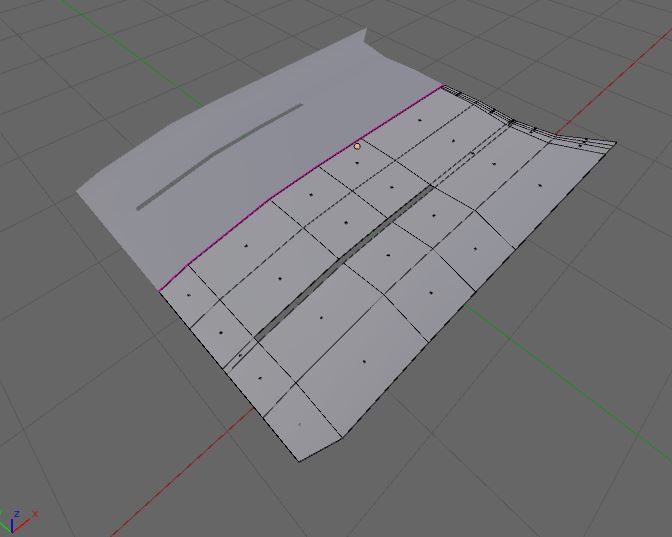 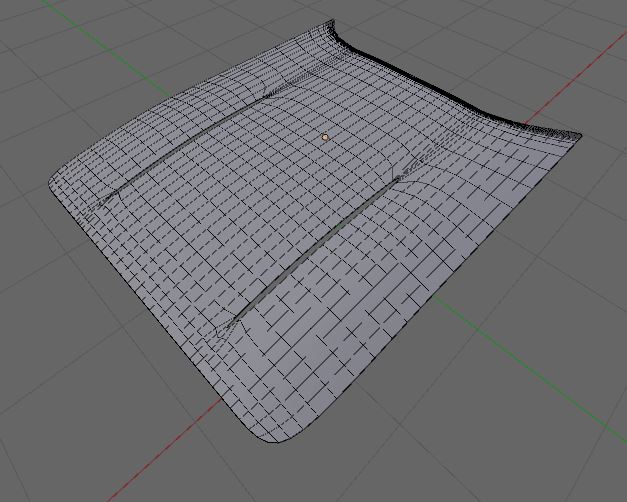 If you would like to create a sharp edge, you could play with the edge crease settings, and creating loop cuts that are very close together. 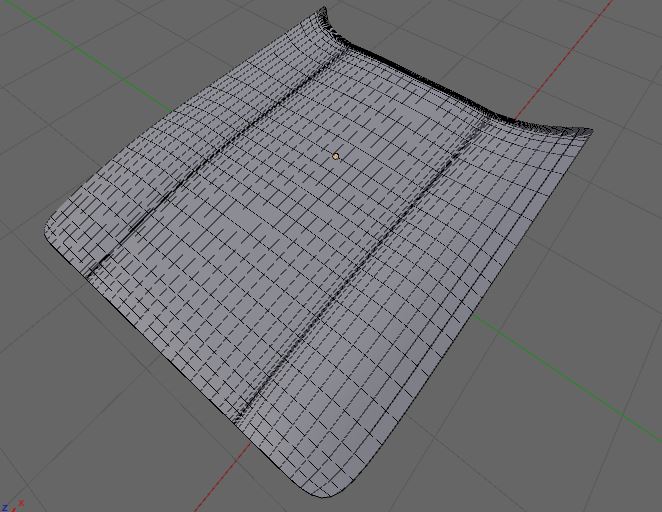 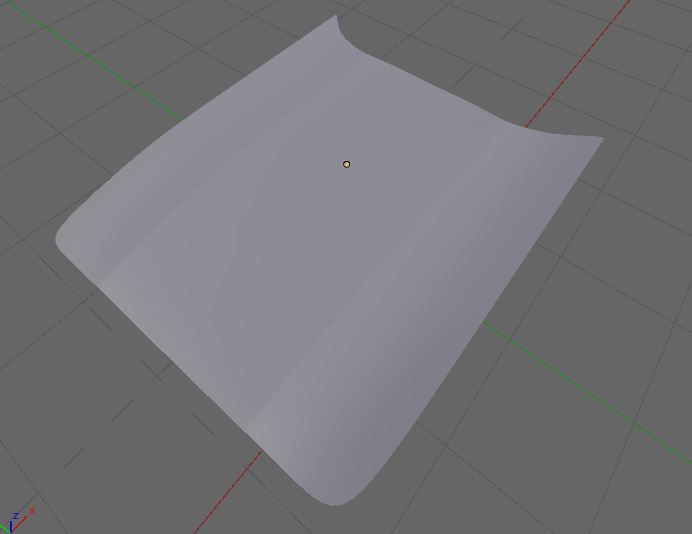 (FYI, As @David has mentioned, any comments related to a specific answer should go as a comment below the answer which you would like to discuss. This makes it easier to build an accurate reference catalogue of questions and answers that others can reference later)

1
How to get hard edges when using subsurf modifier?
0
Should I avoid triangles when doing retopology?

6
Wireframe modifier resolution
0
Making first intricate mesh on my own after tutorials, need some pointers
1
How to regain smooth shape whilst scaling a group of edges that contain both creased and non creased edges?
0
I need to create more faces( but ctrl+r in edit mode isnt working), how do i do it alternatively?
5
Do I need a subdivision modifier to create a hard-surfaced object
1
Freaky subdivision with n-gons (2.8)
0
'Clear Sharp' doesn't seem to be working
0
Weird Faces when using SubSurf