How to join two objects so that one conforms to the shape the other?

I am modeling a bottle of 2 parts that need to be joined, however the bottom of the cylinder neck needs to conform to the shape of the bottle's body section. Is there a command that allows wrap these polygons to the polygons of another object's polygons? See below image and you'll see what I am trying to do. Or any suggestions as to the best method to wrap it accordingly? 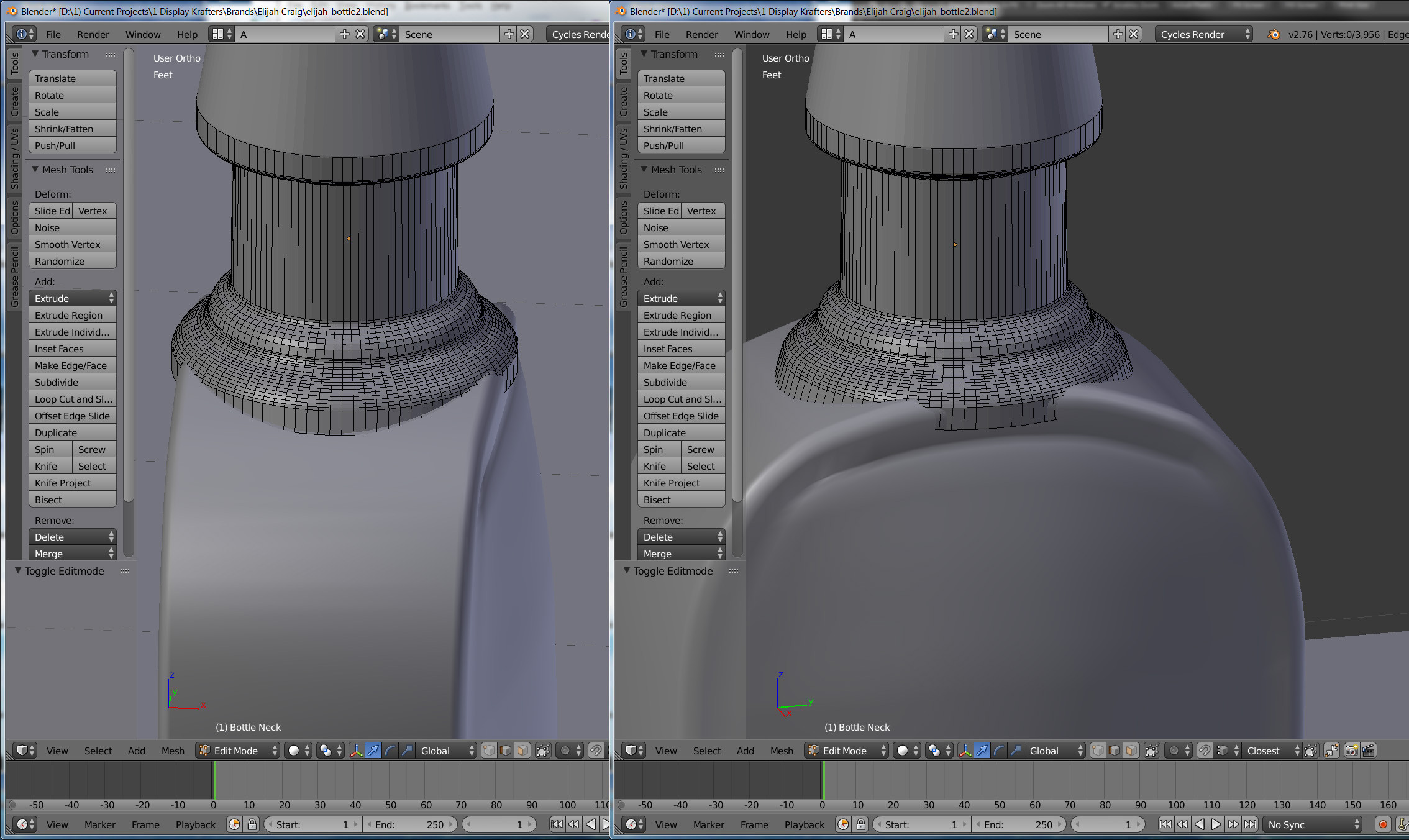 One way you could get the top to fit to the bottle is with the Shrinkwrap modifier. Here are the steps.

Start by adding a shrinkwrap modifier to the bottle neck. However, that will crush the entire neck on to the bottle, to get around that problem use a vertex group. 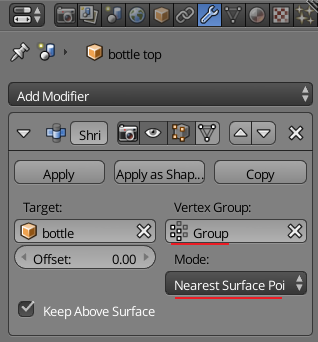 Select the bottom edge loop on the bottle neck and assign a new vertex group to it with a weight of one. 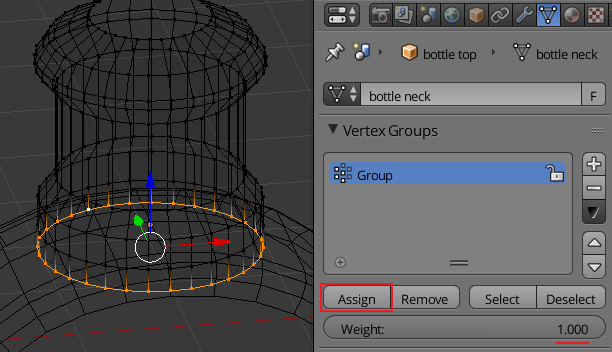 Now use that vertex group in the shrinkwrap modifier (pictured above), and you will get the bottom of the neck to match the bottle.

Another possibility is to manually create a hole in the top of the bottle object and join it with the stem object. Though a bit more time-consuming this method will (as is usually the case with topology problems) usually give a better result than an automatic/procedural solution, especially if you are going to apply a subsurf modifier.

In this example I am using a very low-poly mesh to make the process visually cleaner and easier to follow here, but the same process can be used for higher-poly meshes just as well.

First take a square selection of the top faces and inset them with I.

Delete the inset faces, scale the resulting edge border to a circle with Alt+Shift+S, and flatten it with S > Z > 0. Then merge the overlapping vertices at the edges with Alt+M.

Now (in object mode) join the neck object to the bottle with Ctrl+J.

Select the two edge loops (as pictured above) and connect them with W > Bridge Edge Loops. 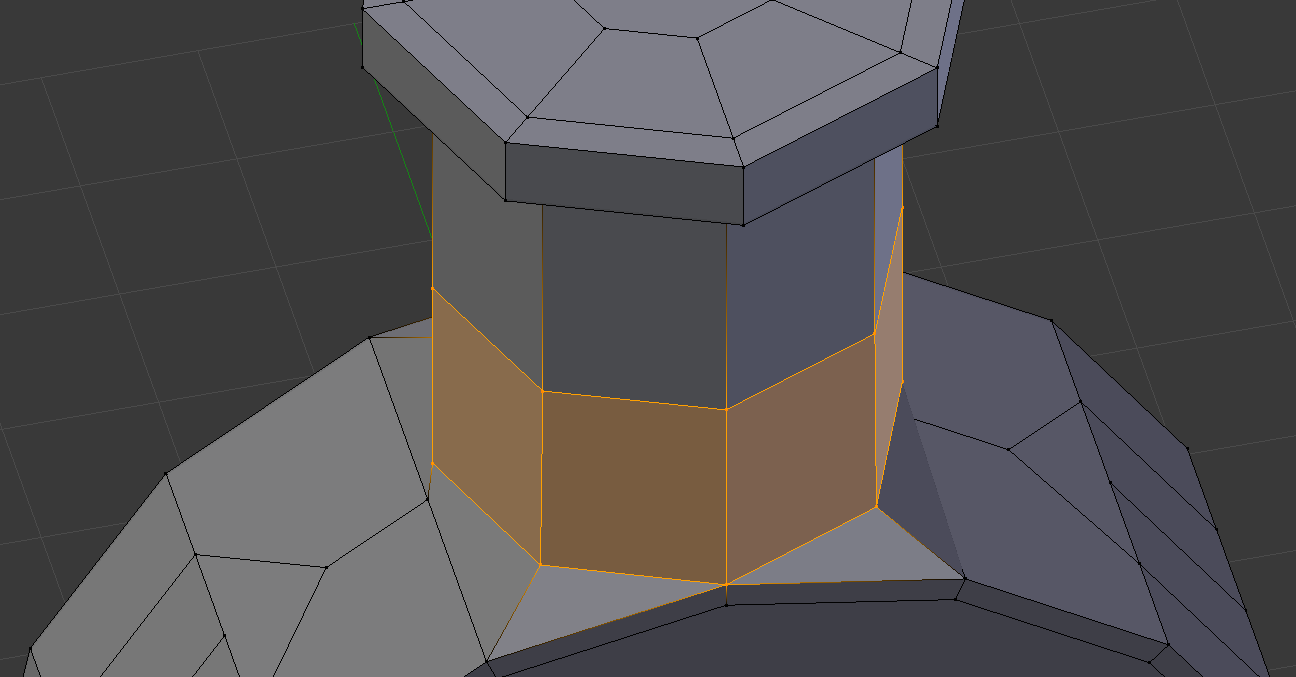 Adding a subsurf modifier will smooth the result desirably. 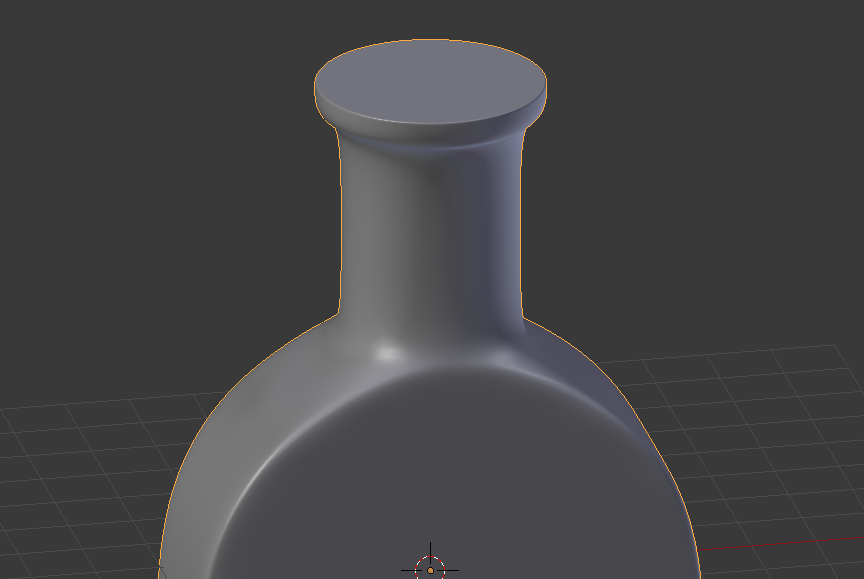 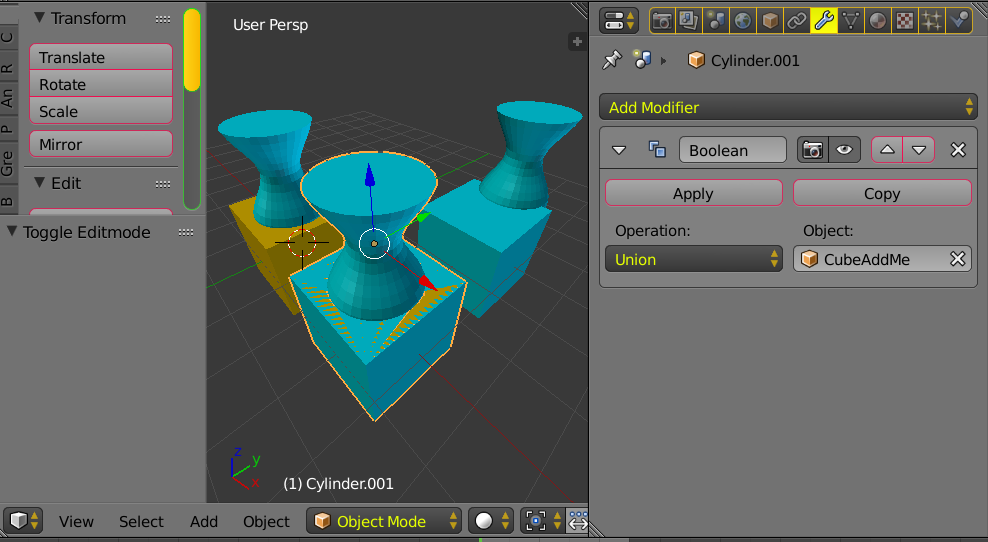 Here is off center example. The union was applied by pressing the [Apply] button. Next triangulated to show primitive geometry. Edit Mode. All vertices selected. 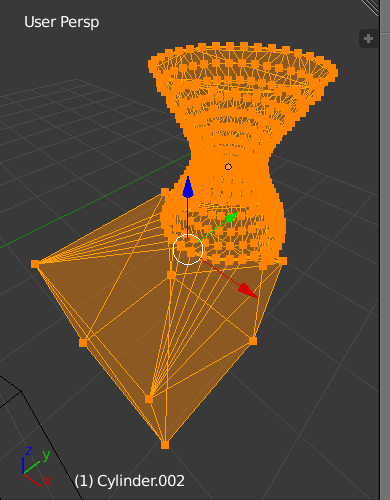 Not the answer you're looking for? Browse other questions tagged modeling objects workflow or ask your own question.

1
How to merge cylinder face with torus?

3
Smooth Mesh Modeling
2
How to join two 2D objects into one?
3
Geometry between Cylinders and Cuboids
0
Method for creating a bulge in a fuselage
0
How can I make a hexa grid follow a curvy shape without it being deformed?
5
How to trim this cylinder where it meets a box