I'm sorry this question won't be very clear but i really can't understand why i can't "Copy Data Path". 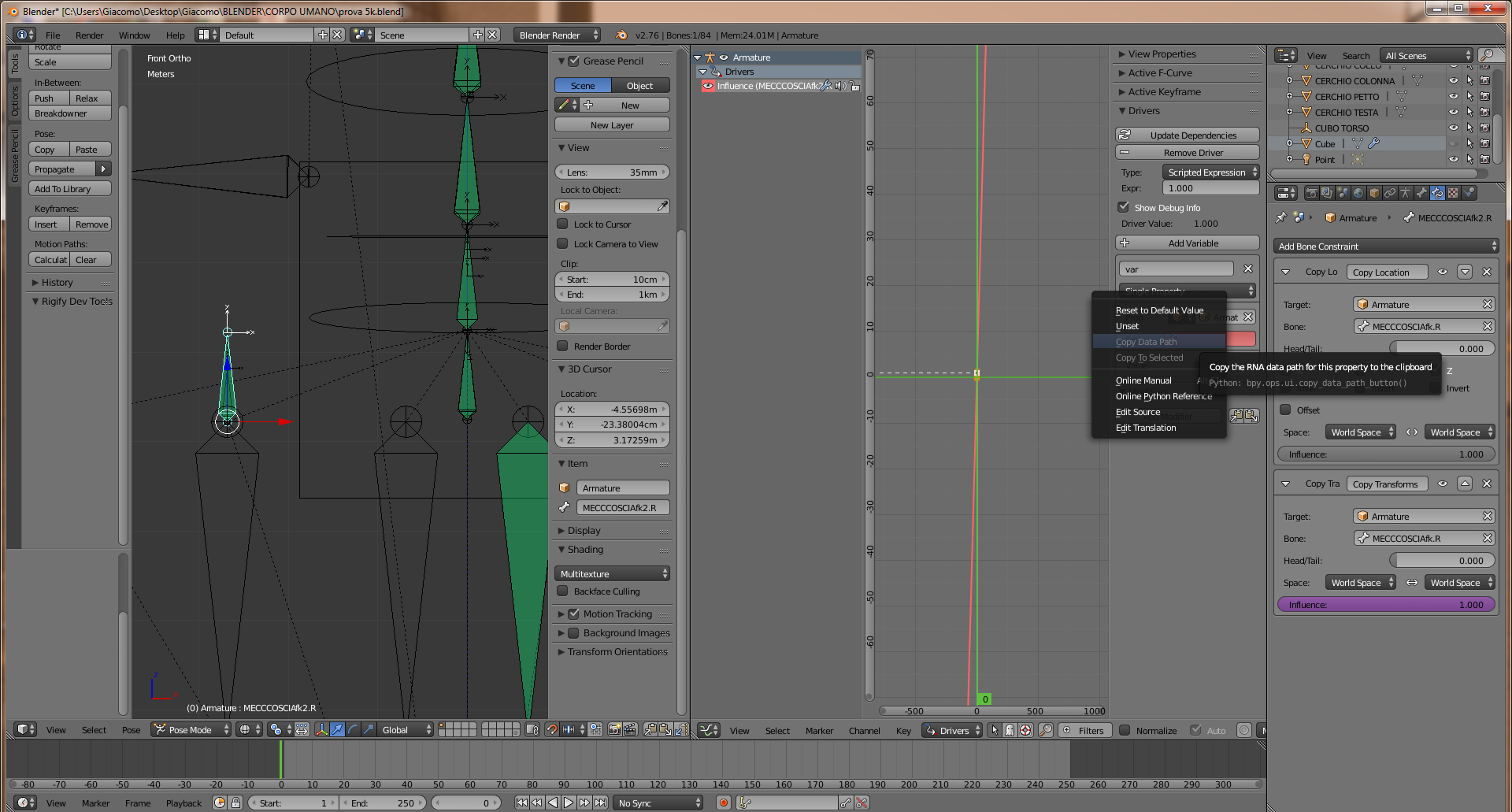 I can't even select him although i corretly paste data before. 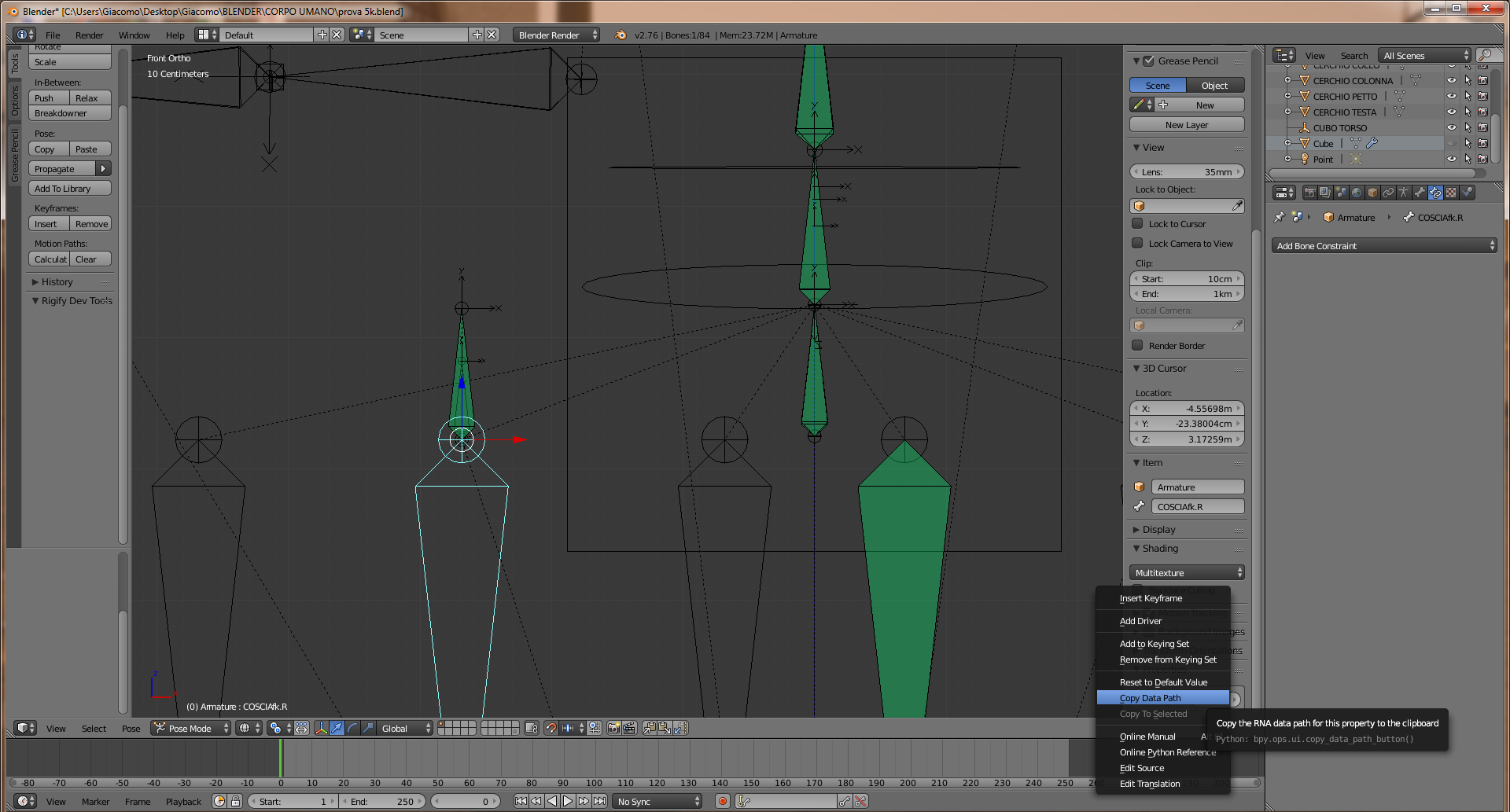 What could be wrong??

I'm going to say it is because it is a bad idea to copy the data path for the driver's expression. (but only the last half is true, it's not the reason for the menu being non-functional).

You probably want to go through the UI for an element whose property you want to use in the driver (like maybe object location) and copy its data path and paste it into the property path of the driver.

I vaguely recall there are some places in the UI which actually do have a data path, but whose "copy data path" operation is not functional. This is usually because it's a little too tricky for blender to keep track of it and you'll need the help of an experienced human to figure it out.

Nothing is more frustrating to a new blender python programmer than the "..." that appears in the mouseover readout of a field.

2
Driver variable not updating
4
Driver on material not updating
2
Data path for driver: secret of 'node_tree.'