Bone shrinks mysteriously under the influence of an IK Constraint

I tried setting up inverse kinematics on a very simple test character rig and the bone went all crazy. It shrinks the leg to a stump when the IK Constraint's influence is at 1. I've set it to 0.5 so you can see what's happening, and still select it. It also can't be grabbed. 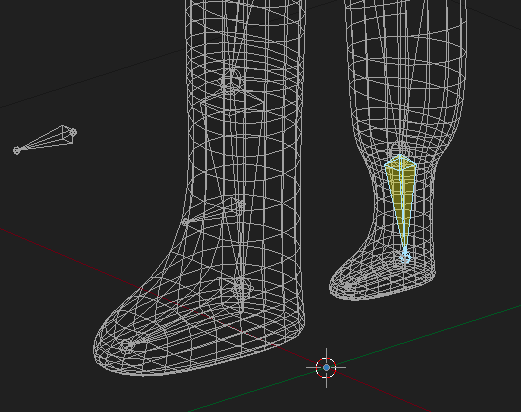 My experience with rigging is limited, but still it's surprising to see this bizarre result. Please explain to me what's causing this.

In the bone IK constraint, try to disable weight influence for position, leave it only for rotation. You can restore influence to 1.0 as is probably needed for rotation.

The scaling problem was because bone's IK Target was itself. (D'oh!) That caused it to implode.

I guess the only way it can point more at itself is to shrink into oblivion.

The IK Target should be an unrelated bone. Usually one having its root located at the tip of the bone with the IK Constraint. By "unrelated" I mean it should not be a parent or a child of the IK-constrained bone.

From what I have observed, it shouldn't be related to any of the bones in the chain, actually. I believe this means that if you want the target bone to follow along with the armature properly you need to have a bone it copies its location from, using a Bone Constraint. Remember it like this: "No targeting your own family". 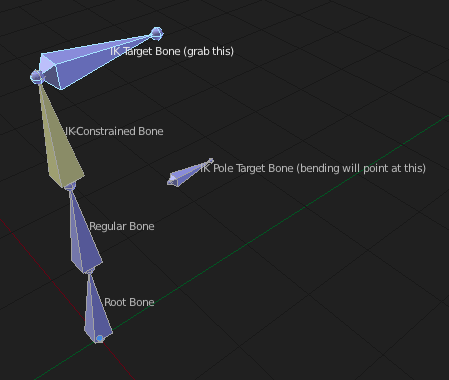 I think I've just overcome one of my biggest hurdles in rigging. Everyone, feel free to correct me or add something if my understanding is incomplete.

This video helped me to get it.

5
Can I influence the bone envelopes?
4
Enabling IK stretch in the IK Constraint does nothing?
1
Accuracy of bone influence (rigging/weighting)
1
Problem: Armature deforms mesh when after parenting
0
Heel bone twists strangely under rotation, need to resolve in order to progress
0
No IK option under Add Object Constraint
0
Rotating bone scales/shrinks mesh