How to export a scene with Shape Keys Animation?

I have a scene with the cloth simulation, turned into shape key animation, using this method: http://blenderartists.org/forum/showthread.php?387461-Bake-Cloth-to-game-engine

How to export the scene correctly and what format should I choose to be able to open this scene in any 3D editor, like Maya or Houdini?

Here is a simplified scene, I tried to import into Maya: 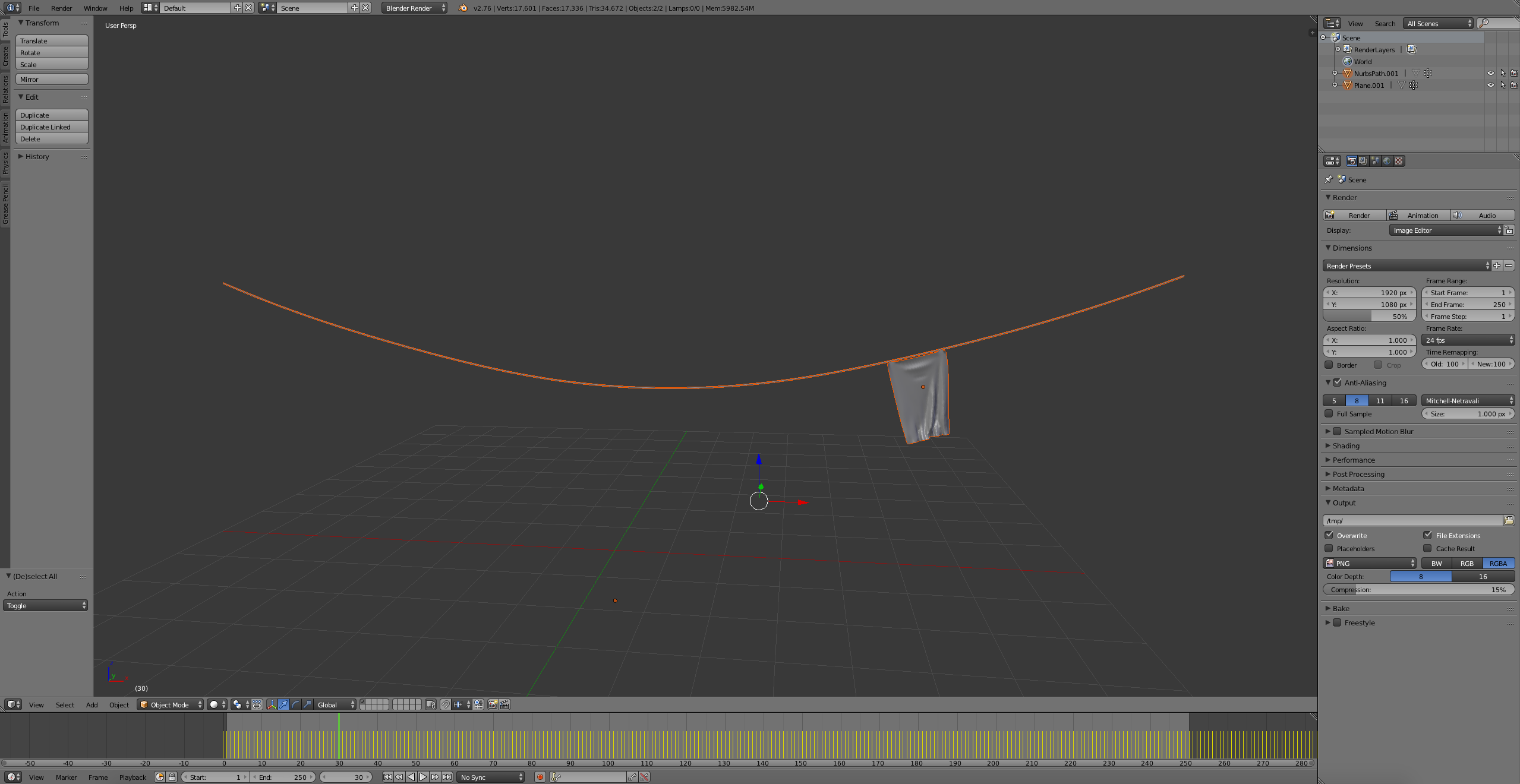 FBX - after import, objects in the scene are huge, and, the most important, - static: 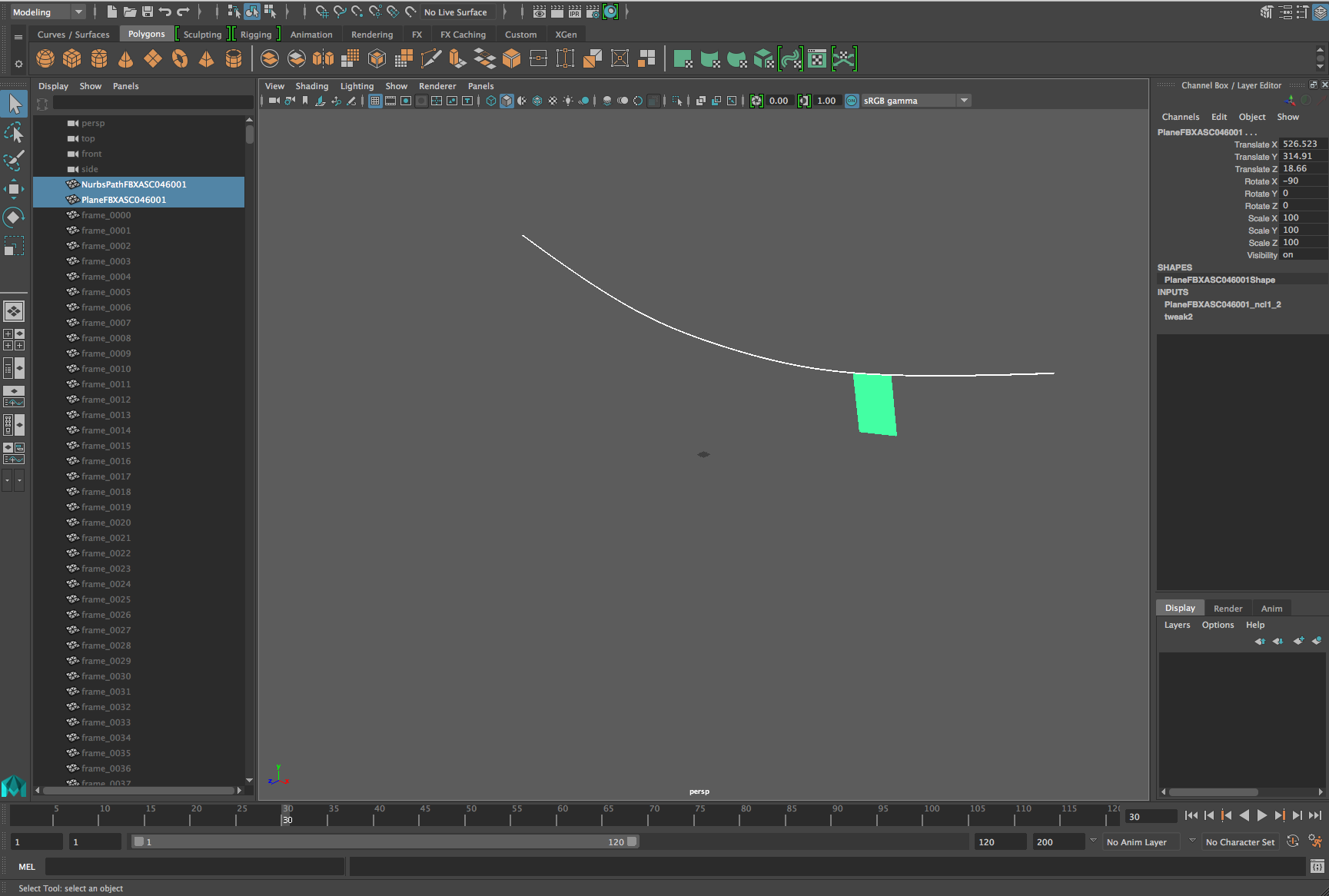 OBJ - creates a sequence of files, I don't know how to import it, and I need to have a single file with the scene. 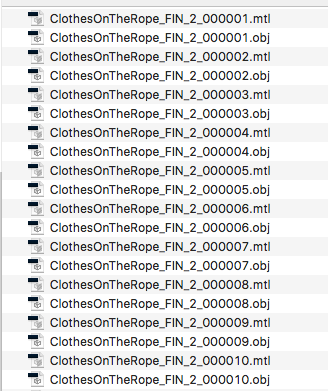 DAE (Collada) - after import, I see a huge static objects, with offset from each other 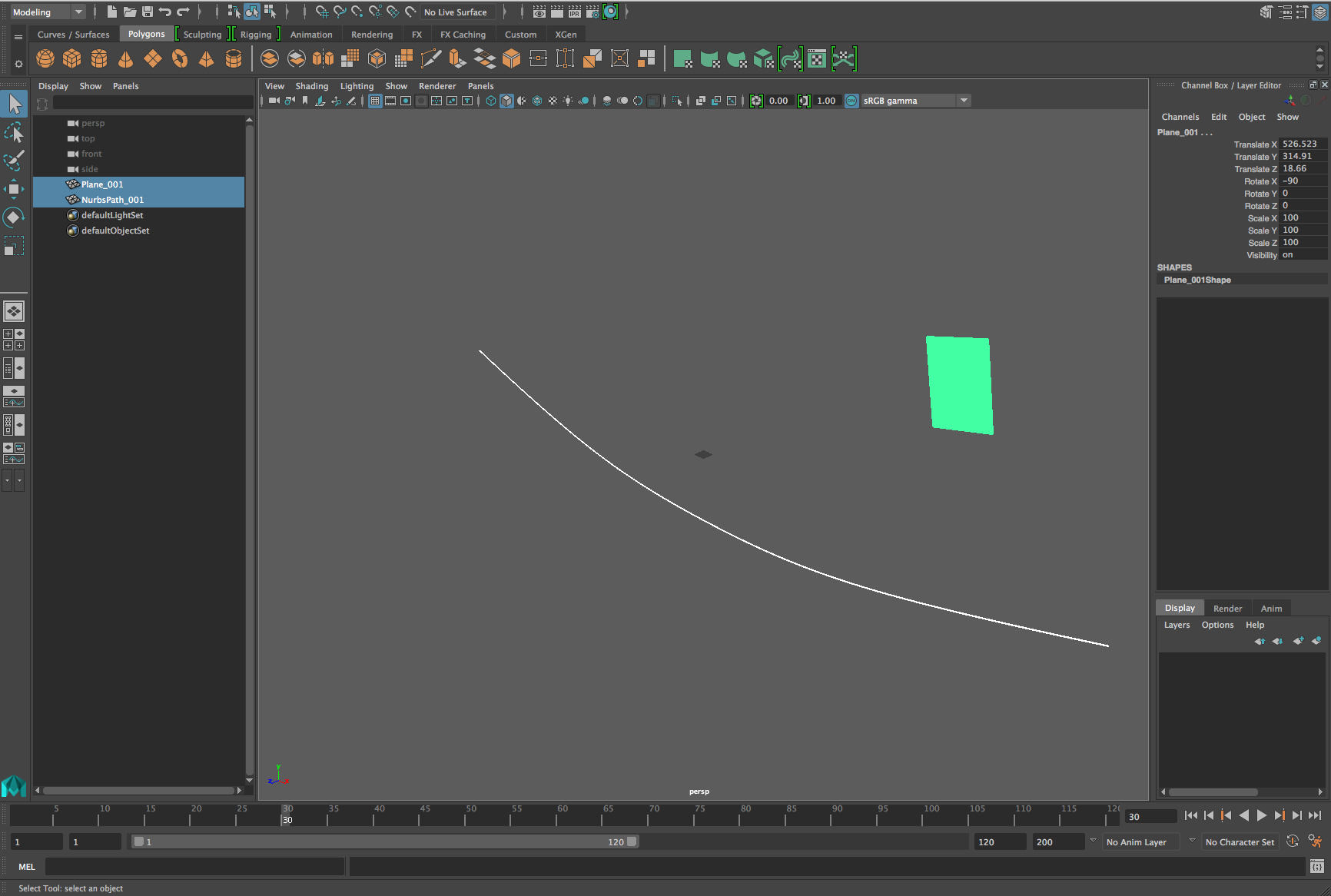 How to export the scene correctly and what format should I choose to be able to open this scene in any 3D editor, like Maya or Houdini?

What you need is the .abc Alembic file format which is a production standard. Blender does not support it as of 2.76b but it is planned for some future release.

There are also other formats (.FBX, .PC2, .DAE, .OBJ sequence) how to transfer animations but they are pipeline/software specific - will not be as general as Alembic. But they should be tried first anyway.

We will care only about the final vertex animation - which is general for armature deforms, cloth, soft-body simulations, rigid-bodies etc. The vertex count needs to be constant - it won't work on particles. We will use .MDD NewTek's Point Cache with a static .OBJ to export the animation out of Blender into Houdini.

In UserPreferences under Addon in section Import/Export make sure .mdd and .obj are enabled. Go to first frame of your animation and export your object as .obj and export the animation range you want as a .mdd vertex animation. Blender has Z as up, Houdini has Y up, also keep vertex order pls: 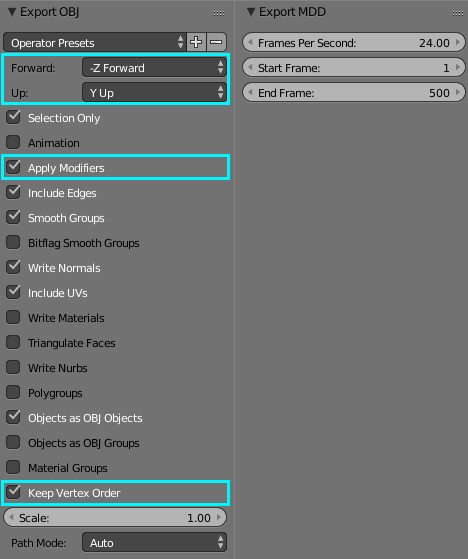 If you don't have Houdini then download it for free (Apprentice licence). There is also an Indie licence for $200.

Inside Houdini Import your .OBJ with File > Import > Geometry. Almost everything is done there inside a Node window. Double-click your object node to enter it (you will see a mesh node inside) and hit Tab to invoke a new node menu. Select Import > MDD and connect it below your mesh node. Select the new node and import the .mdd file into it: 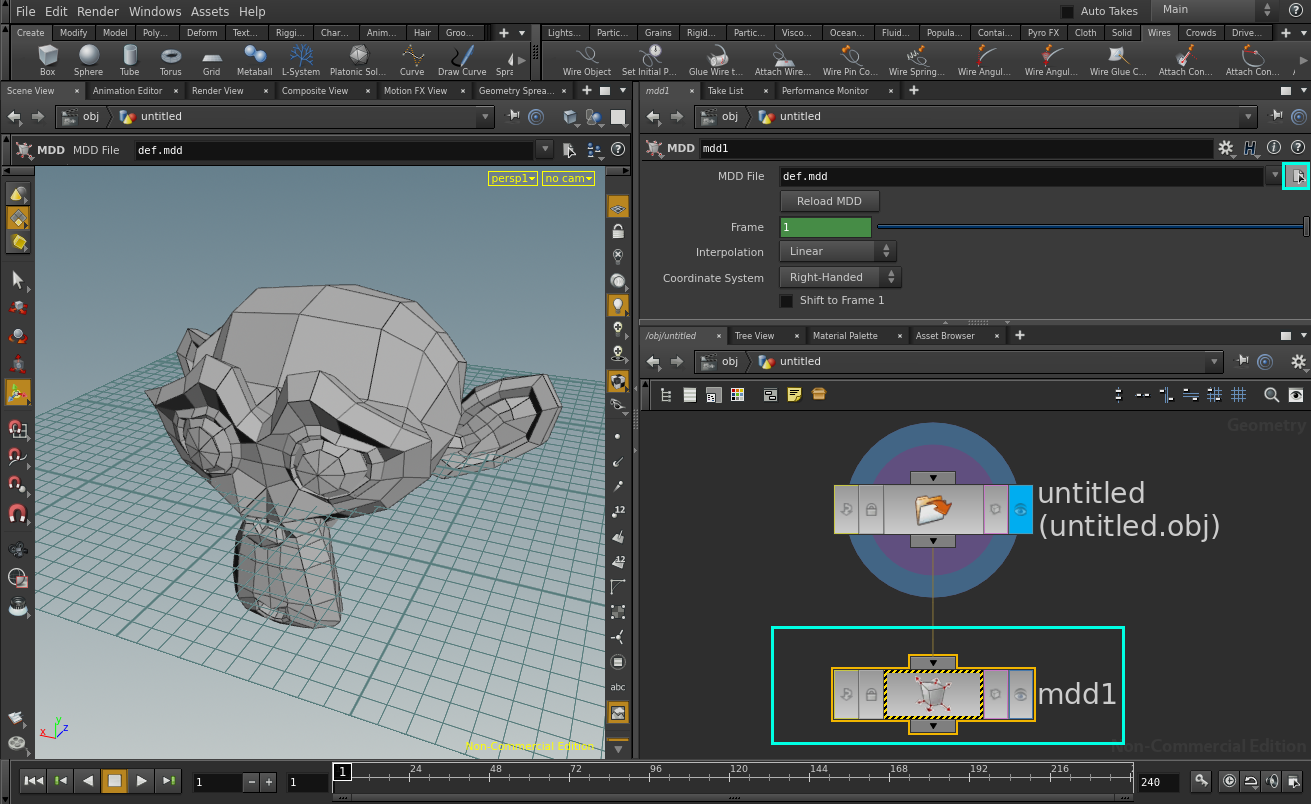 The yellow black crosshatch around the node should disappear. Click the blue eye icon of that mdd node to view it's results and play the animation.

Getting animations into Maya can be also done as exporting a .PC2 PointCloud and converting inside Maya to .MC Maya Cache file format. You do this with a MEL script:

Then you import the .MC file inside Maya.

Not the answer you're looking for? Browse other questions tagged animation export import shape-keys collada or ask your own question.

2
Is it possible to export object from Blender with modifiers and use them in external applications?
1
Can I animate a mesh using raw vertex coordinates per frame?
0
Cloth simulation for game engine doesn't get animated despite Shape Keys have been created