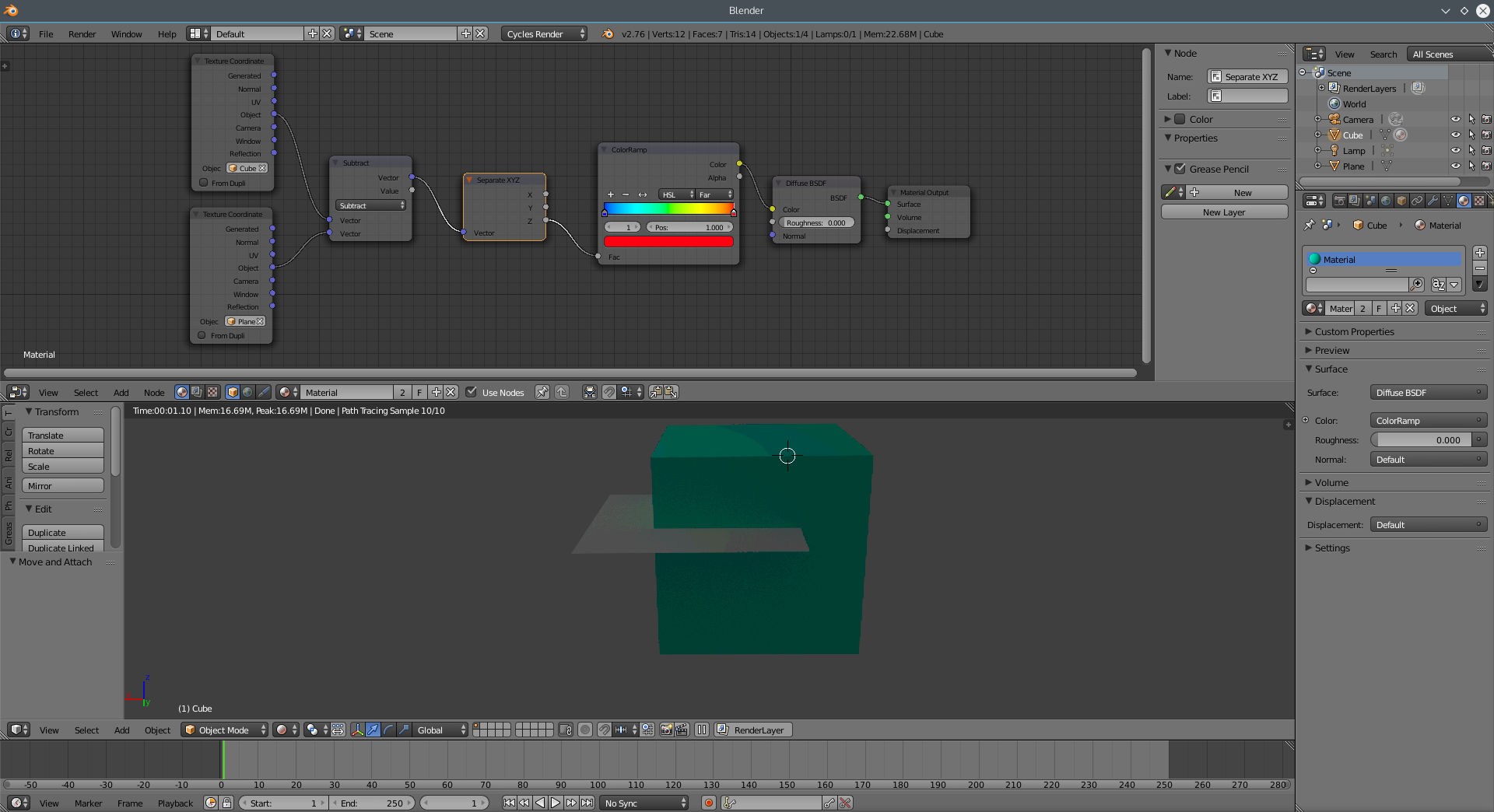 That's because you are using Object's Texture Coordinates, which determine how an image is placed upon the faces, while you need Object's Cartesian Coordinates.

Texture Coordinates usually vary from one point to the other. Referring to the picture below we can see how the gradient is assigning to each point at the same Z the same value. Every little step has it's own value. 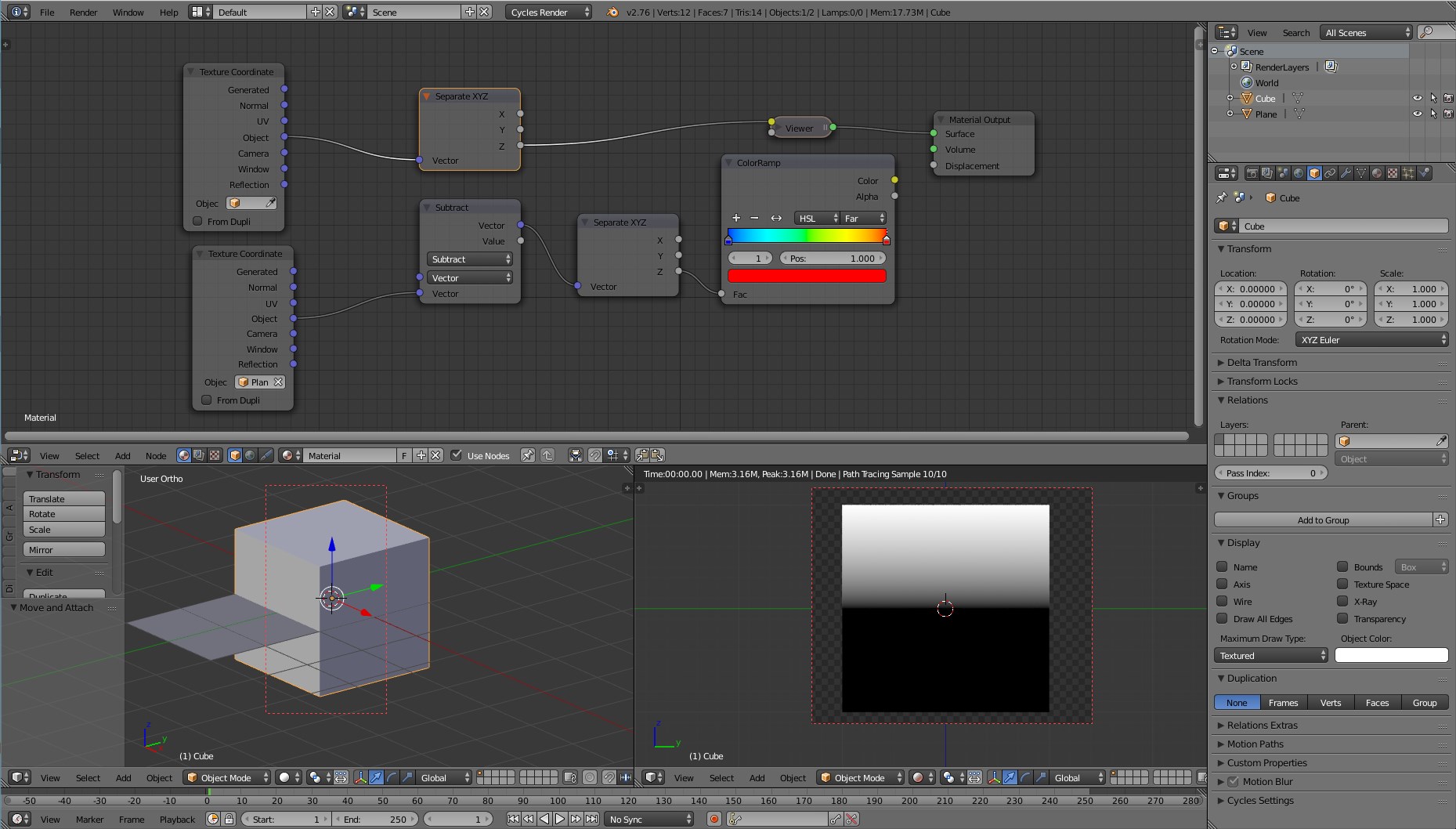 The distance of an object to another involves instead Cartesian Coordinates, which is a single triplet of values (the coordinates of the object origin) that are the same for all object's point.

When the distance between the two origins increases the Object is coloured with the highest value of the color ramp.

Subtracting the position of the Cube object would allow instead to use the plane as an "absolute" controller of the gradient. Moving the cube alone would not change the gradinent mapping upon its faces.

Not the answer you're looking for? Browse other questions tagged cycles-render-engine materials objects node-editor color or ask your own question.

22
How to color particles based on the texture of the object from which they are emitted, using the "grid" emission setting?
4
Create Geometry based on an Image?
2
How to colour entire object based on its height
1
How do I project a texture onto an object on a single axis instead of it wrapping around the object?
3
One-material Gradient between two objects? (Object Node/Manifold complications)
10
Material for Rainbow around Torus
0
How can I color the left half of the robe?