I would like to solidify a model I am making of a plate, to give it thickness.

After I solidify, here's what I get (I increased the values to show the effect): 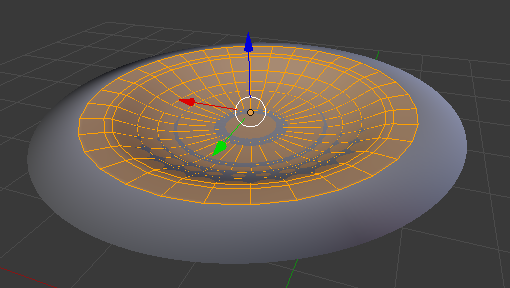 Solidify makes the outer edge grow, but what I wanted was just to make the object thicker (along the Z axis).

It's hard to know what to look for, but I didn't see any questions that looked like this.

Am I understanding Solidify wrong, or just using it wrong?

Maybe you've already got all the info you need from PGmath's answer, but I'll point out that if you add a holding edge loop near the rim and then flatten the outermost faces so their normals point along the Z axis you can avoid the extreme angle. 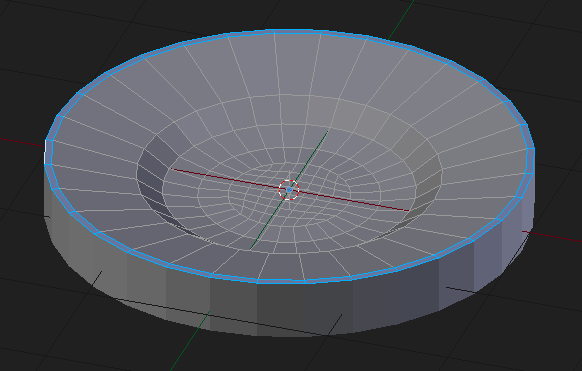 There's also the issue that this plate is way too thick anyway. ;-) But hopefully that explains the principle at work here.

Holding Edge: Extra edge data added to a mesh that does not alter the basic shape, but serves to fine-tune the way that mesh will deform when modified. The most common example is when we add such edges to a mesh that is influenced by a Subdivision Surface Modifier.

Edge Loop: A series of edges that topologically form a loop. Not necessarily circular in form, but considered a loop if by following the quads it loops back unto itself.

These are just my definitions in my words that I came up with for the sake of adding to this answer. They're not from a '3D Modeling Dictionary' or something.

So how do you add one?

It's really simple to add an edge loop. From Edit Mode just do a Loop Cut CtrlR and move your cursor over a looping piece of geometry in your mesh. You will see a purple edge loop appear bisecting any existing loop of faces. Left Click to add the Loop Cut, then slide the edge by moving your mouse and Left Click again to set its position. 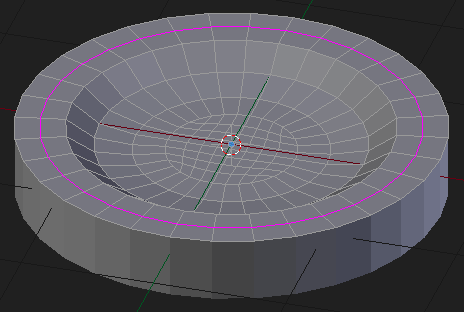 Here is a side view comparing the geometry before and after adding the edge loop that redefines the normal angle of the faces forming the outer rim:

Nope, you're not doing anything wrong, that's the way Solidify works. You can make it solidify in the other direction by specifying a negative Thickness or by adjusting the Offset. 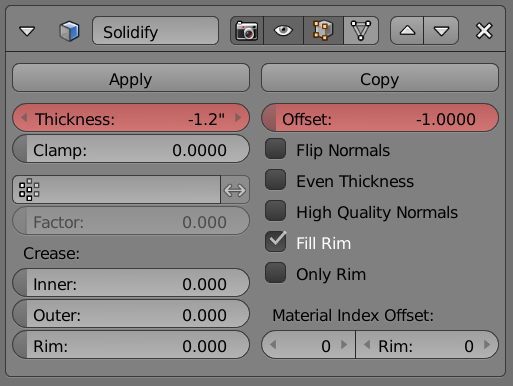 1
Boolean difference makes all geometry disappear on a scaled, solidified half-cylinder
2
Solidify thickness problems
9
Deform mesh along two curves
3
Solidify Modifier solidifying the wrong way for only a few vertices
2
How can I apply a different material during / after using "Solidify" modifier?
0
Selecting faces of "inside" of solidified surface