I am trying to compose a shot that combines video layers and 3D.

In the shot, there are two video layers, one is the background and one is an alpha layer of a ghost floating around. 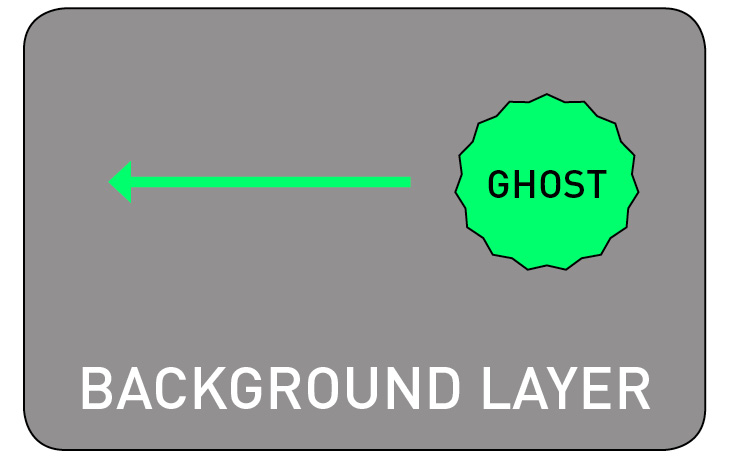 They could be imported in Blender as "planes as images" but any other way that works is good.

I am trying to make the Ghost layer emit particles, from the border of the object (not the edge of the frame) resembling green smoke or steam. The particles should come from the edge (all around) of the ghost layer. I looked into doing this in other software (After Effects with Particular), but haven't found a way to get the results I'm looking for, which have more to do with curls of smoke than particles.

Here is an alpha video with a ball instead of a ghost you can use to help solve this question. And here is a .blend file where the video was imported already

I've failed to use a movie as direct texture density input for both particle system and smoke simulation. It seems that this information is still right or simply my setup is wrong somewhere.

So, as a workaround, I used the following modifiers, starting from a subdivided plane: 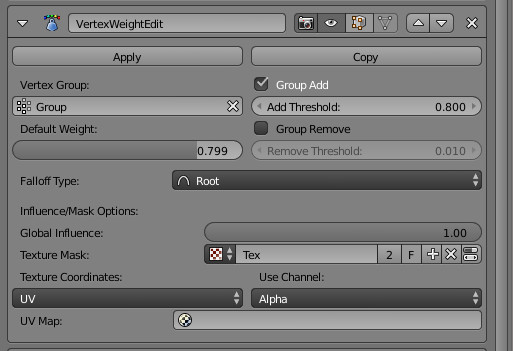 It is based on the movie texture and adjusted (default weight, add threshold) so that the plane's vertex group are assigned depending on the alpha channel of the texture. The vertex group has to be created before with no vertex assigned to it. 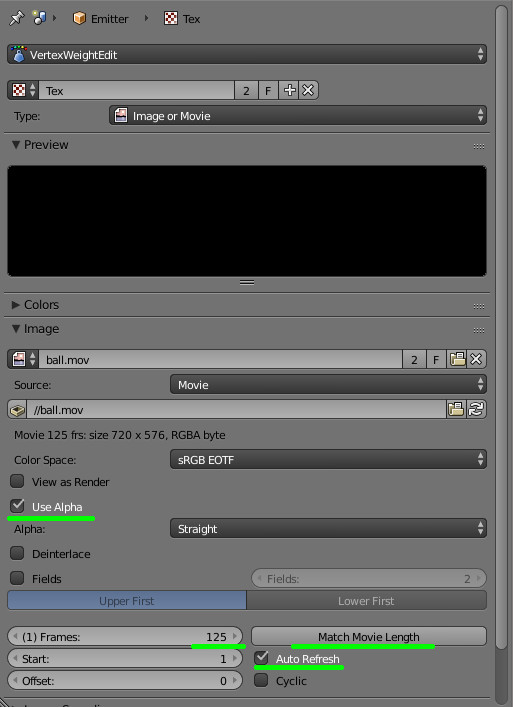 This first modifier give this result (weight paint mode): 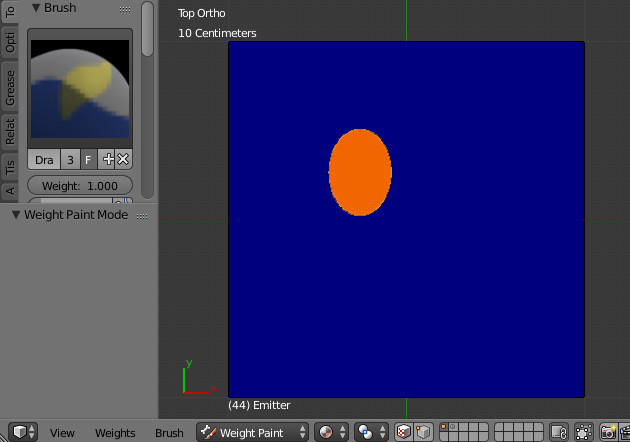 The mask simply uses the previously defined vertex group, so that the plane geometry is restrained to this:

Not really useful, depending on the base subdivisions given to the plane. It rounds a bit the corners of the remaining geometry.

Nearly the default settings, except for the smoke color: 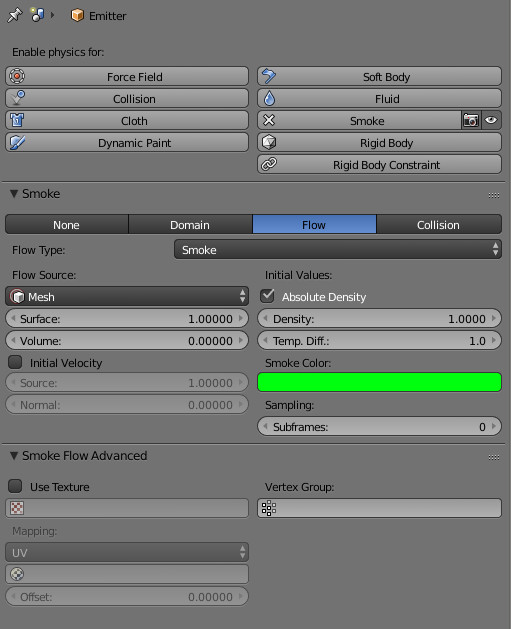 A cube surrounding the previous plane. The resolution has been adjusted using 'smoke high res' and 3 divisions (if you don't do that, the smoke will appear crenelated). The dissolve/life time is set to 5 here. 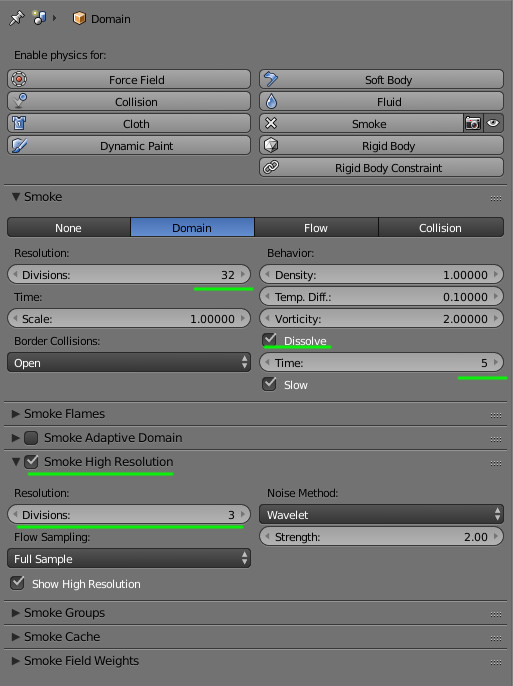 From the same base setting we could use a particle system, producing itself the smoke. But when there is no geometry (full alpha image), it seems that particles want to appear anyway from the plane origin. So if you want a setting using a PS, place the origin outside of the camera view.

You may have to bake the smoke before usage.

MicroMachine indicated in the comments that it was not an obligation that the flow comes from the circle edges and could be from the whole surface. Nevertheless I've tried to do it using 2 vertex weight edit modifiers: the idea was to create a kind of surrounding mask from the circle. But I failed to do it correctly.

The basic setup you are asking for is quite simple. You could just arrange the planes accordingly in 3d space (although I would render on a transparent background and later composite your 3D particles + ghost layer on top of your plate).

The part with only emitting particles from visible parts of the ghost layer could be resolved using a particle texture (just feed the transparent video into the particle system using the "Textures" panel under the emitter/particle system settings; a ramp could be used on the texture for additional transparency control).

On the behalf of the smoke I would try to utilize a low-res smoke simulation (source of which the particle system would be). That generally tends to look better than just faking it using particles.

Not the answer you're looking for? Browse other questions tagged transparency video smoke-simulation or ask your own question.

2
Problem rendering multiple smoke textures
10
Particles as smoke
2
Compositing Transparency / Layer Masking Problem
1
Composite multiple render layers for multiple frames?
2
Glass, transparent to background video
0
Exporting issues (no thumbnails in windows explorer)
0
Blender Cycles - Alpha Over Node - How to get a combination of two layers and get as result something like 1 layer over the other?
0
alpha over node is adding to the foreground artifact that is not in the background
0
How to use set up transparent background on VSE (alpha file combined with mp4)