How do I remove all internal edges of a converted font to mesh? 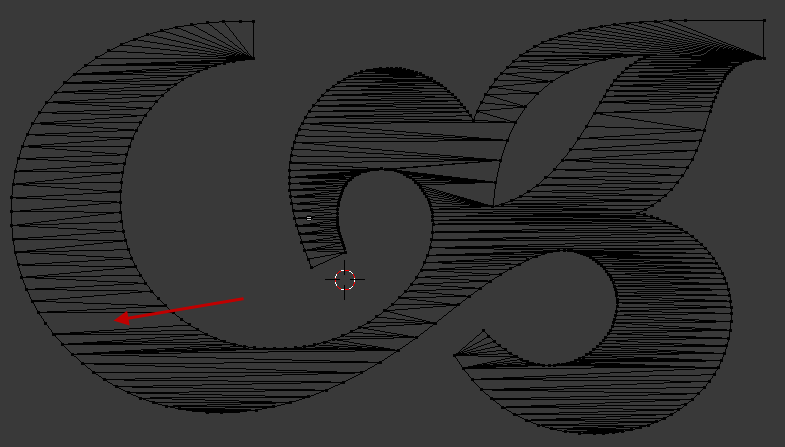 Let's focus on what you want to achieve and not on how. This means asking the question from different perspectives, one being:

"How do I get the outlines of the Glyphs as mesh edge-loops, quickly?".

The result is the same.

Run this from the Text Editor with the Font object active and in Object mode.

If you aren't comfortable with running scripts, the following steps are the manual analog of the above.

You may need to remove some remaining edges manually though. 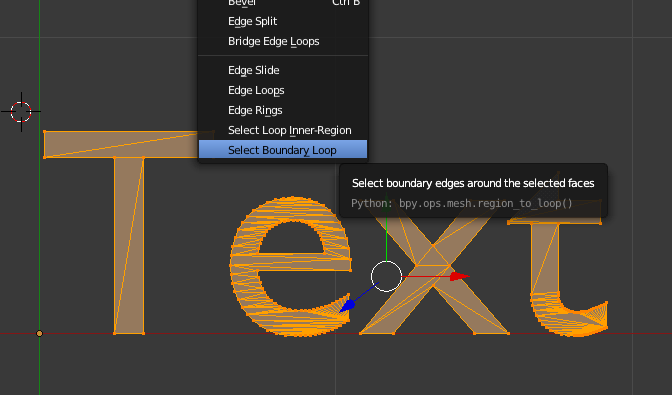 Not the answer you're looking for? Browse other questions tagged mesh selection-tools or ask your own question.

2
Why isn't 'Loop selection' working if object only has edges?
1
How to round sharp edges of iregular mesh
1
Delete All Internal Geometry
1
How can I quickly select all faces surrounded by 4 vertices or 4 edges?
0
Select similar vertex in a symmetric mesh
5
Create an outline mesh around another structure / edges with equal distance
1
How to delete internal intesected faces?
1
How do I add a 3D border on all edges of a mesh?