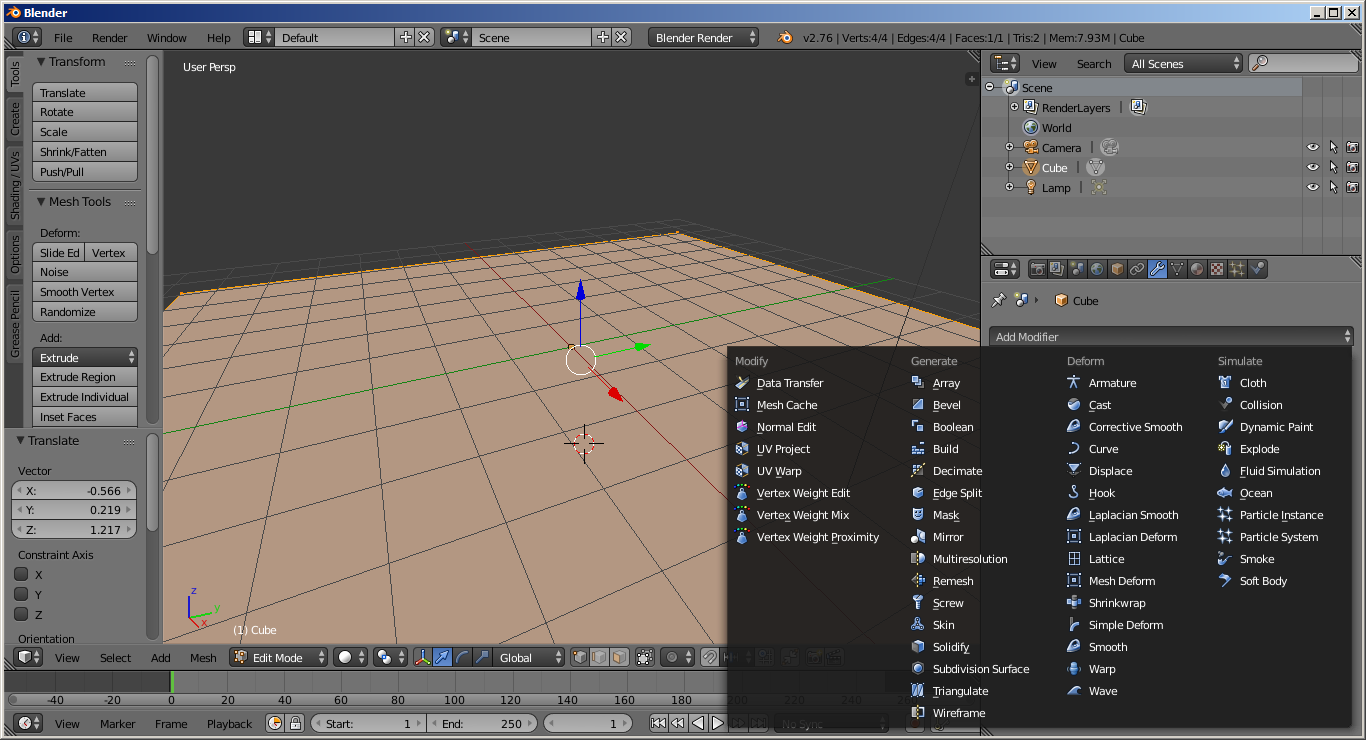 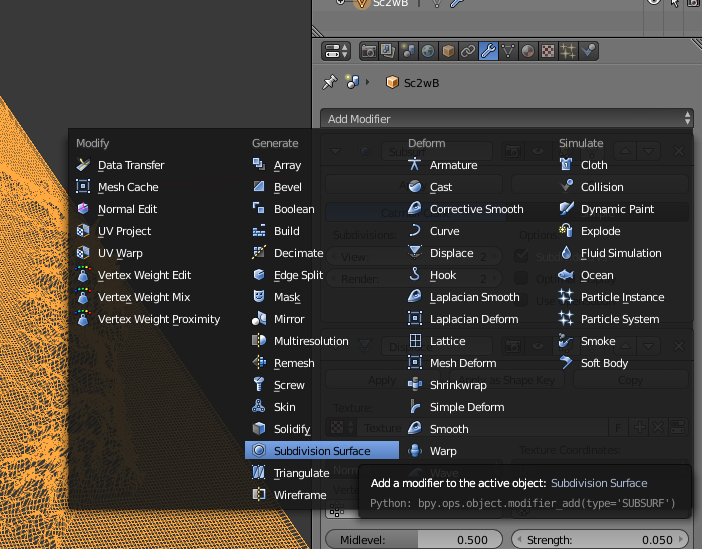 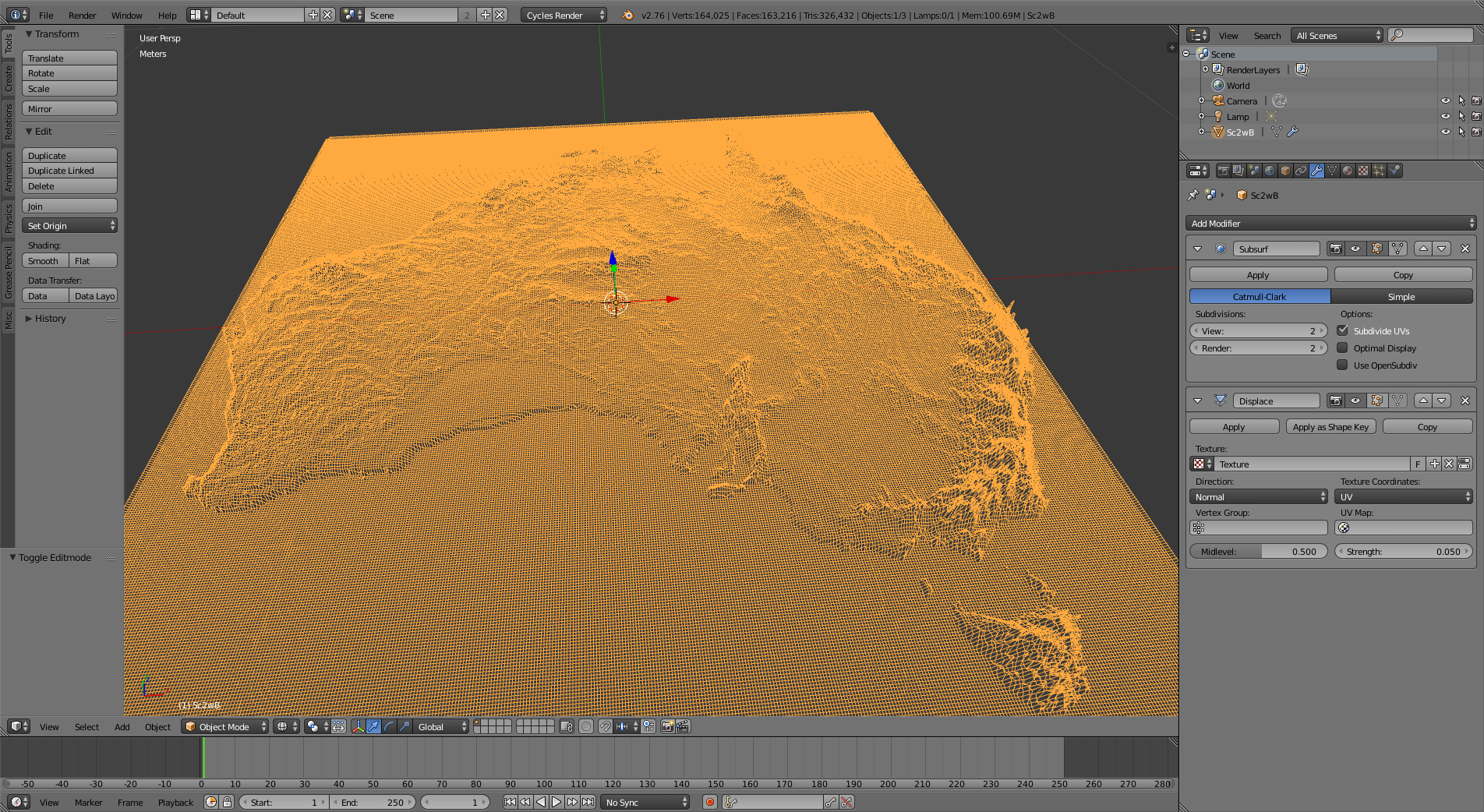 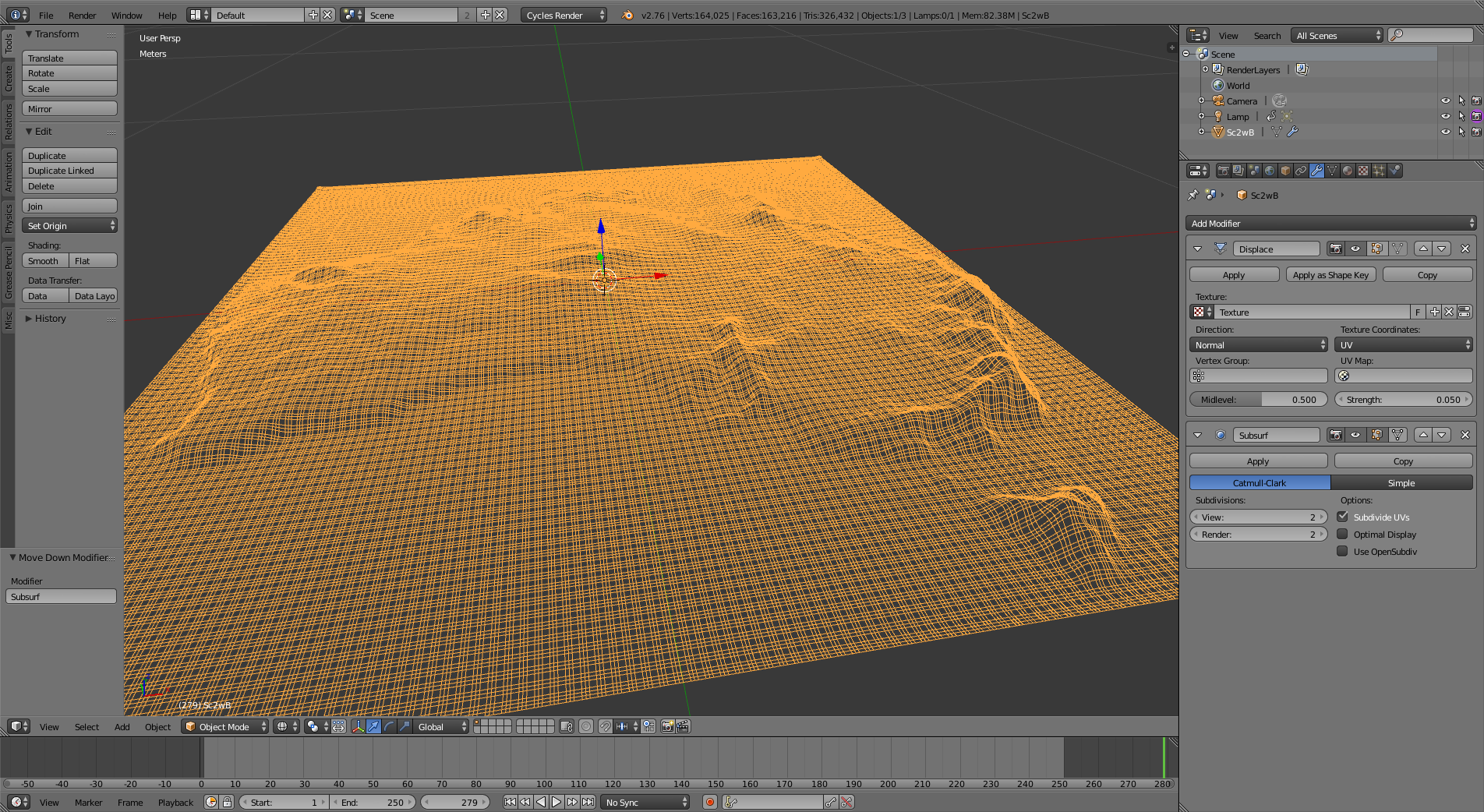 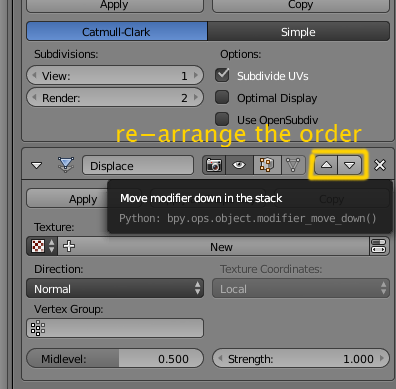 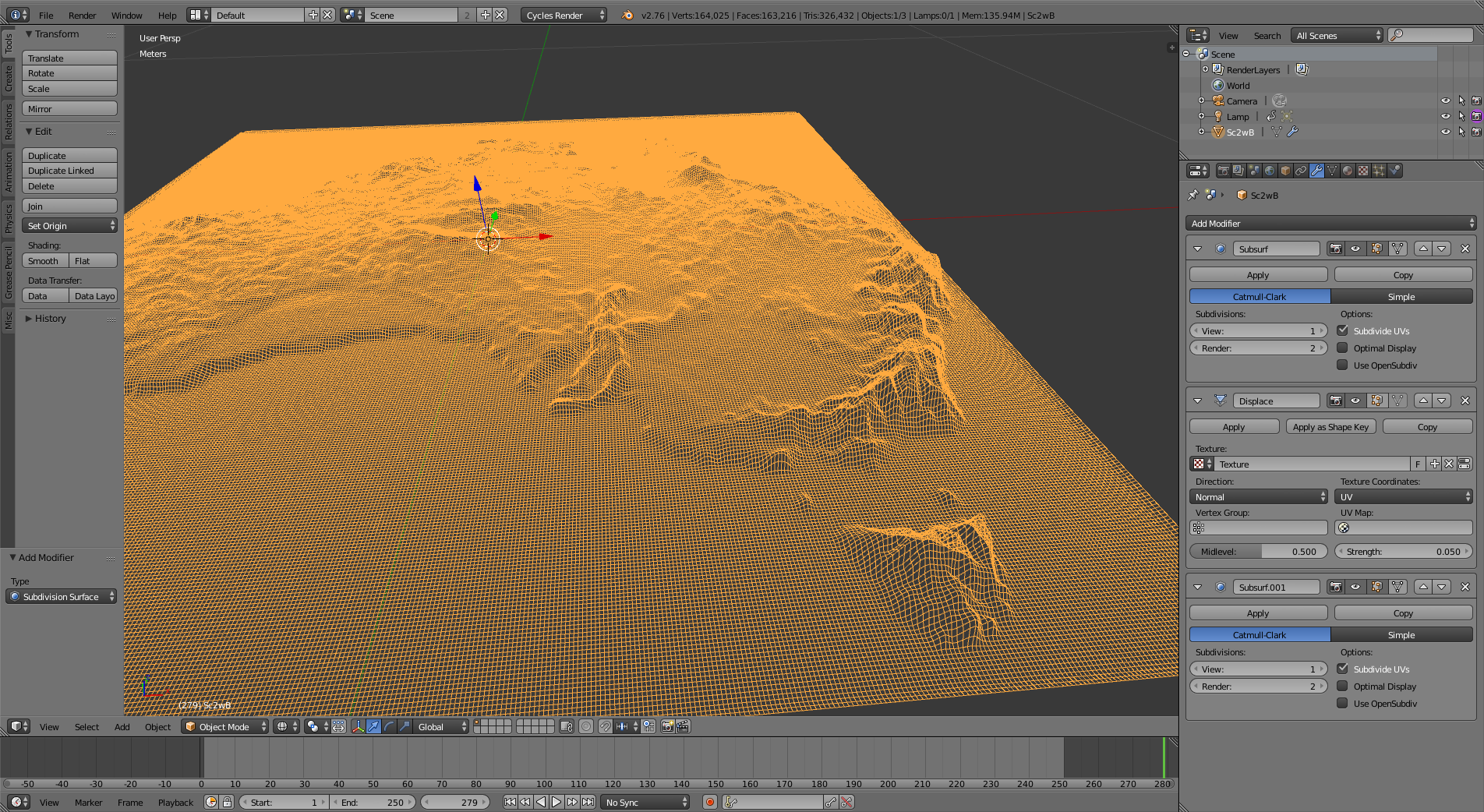 5
How do I know the number of polygons after adding a subdivision surface modifier without applying it?
3
I need to do a very simple terrain with texture map
4
How can I effectively import and texture a large height mapped terrain mesh?
3
Fixing a complex boolean messy mesh
2
Working with large real-world elevation models in blender
0
Generate realistic mountains
0
Why is the Displace modifier moving my mesh instead of moving the geometry?
1
trying to create this texture with blender for 3d printing
0
retopologize based on a texture?
0
How to correct heightmap weird mesh effect on render in blender 2.8
See more linked questions

4
Displacement Maps in cycles from Zbrush not rendering properly
4
Texturing with remesh modifier
2
How to make modifiers not auto-apply or update live while changing parameters?
2
Texture displacement map in real-time
0
Displacement modifier with custom height map problem
1
Dynamic Paint displacement use wrong normals if placed after deforming modifiers
0
Particle system does not touch the material surface