I want to use a loop to apply transformations on objects in a group.

It's my first time using the Group node so as a test I use the Object Output node and set the scale to .2 inside my loop

Only 10 objects receive the transformation. If I use Debug List I see that those are the first 10 objects in the group. If I use a Debug node on Interations in my loop it outputs 10.

Could this be a memory issue? Does Animation Nodes stop at 10 when memory is not enough?

There is no limit to the number of iterations in theory.

What makes your loop a bit more advanced is that you iterate through two lists at the same time. Normally you only want to do this when both lists have the same length because the addon works in the following way:

The Evaluate Sound node outputs a float list with 10 elements in your example.

The debug node in a loop always shows the last value that went into the node.

If you just want to move around all the objects you can simply remove the Float Iterator from the loop. Then each object should receive the transformation.

I guess you want to use the sound information in the loop with a different frequency for each object. The easiest way to archieve this is to use the Sound Equalizer template that ships with the addon: 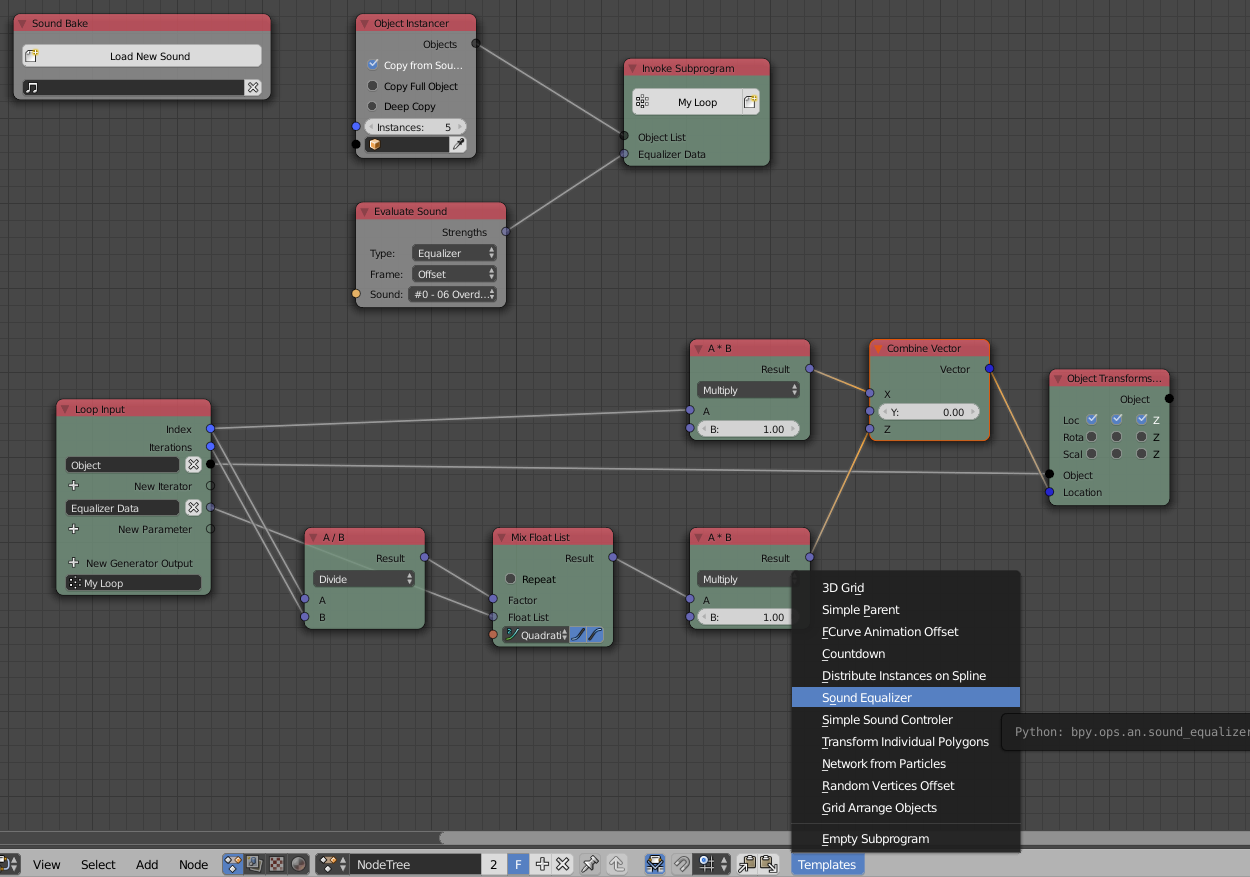