I have created a (frighteningly realistic) swim cycle for an object, and then added a path. The object follows the path using a constraint: as it swims along the path, the tail flaps.

I have gone this route so that it looks less mechanistic... which is to say there may be a better way to do it overall... but the goal it so have an appearance of something swimming perhaps in a current... and not to have a clock-like precision in speed/location of tail.

Fish tails go side to side, I know... so say this is a porpoise... Anyway, the goal is to get an animatable value that drives both things -- flap speed and Z location change -- in a not-completely-predictable way. 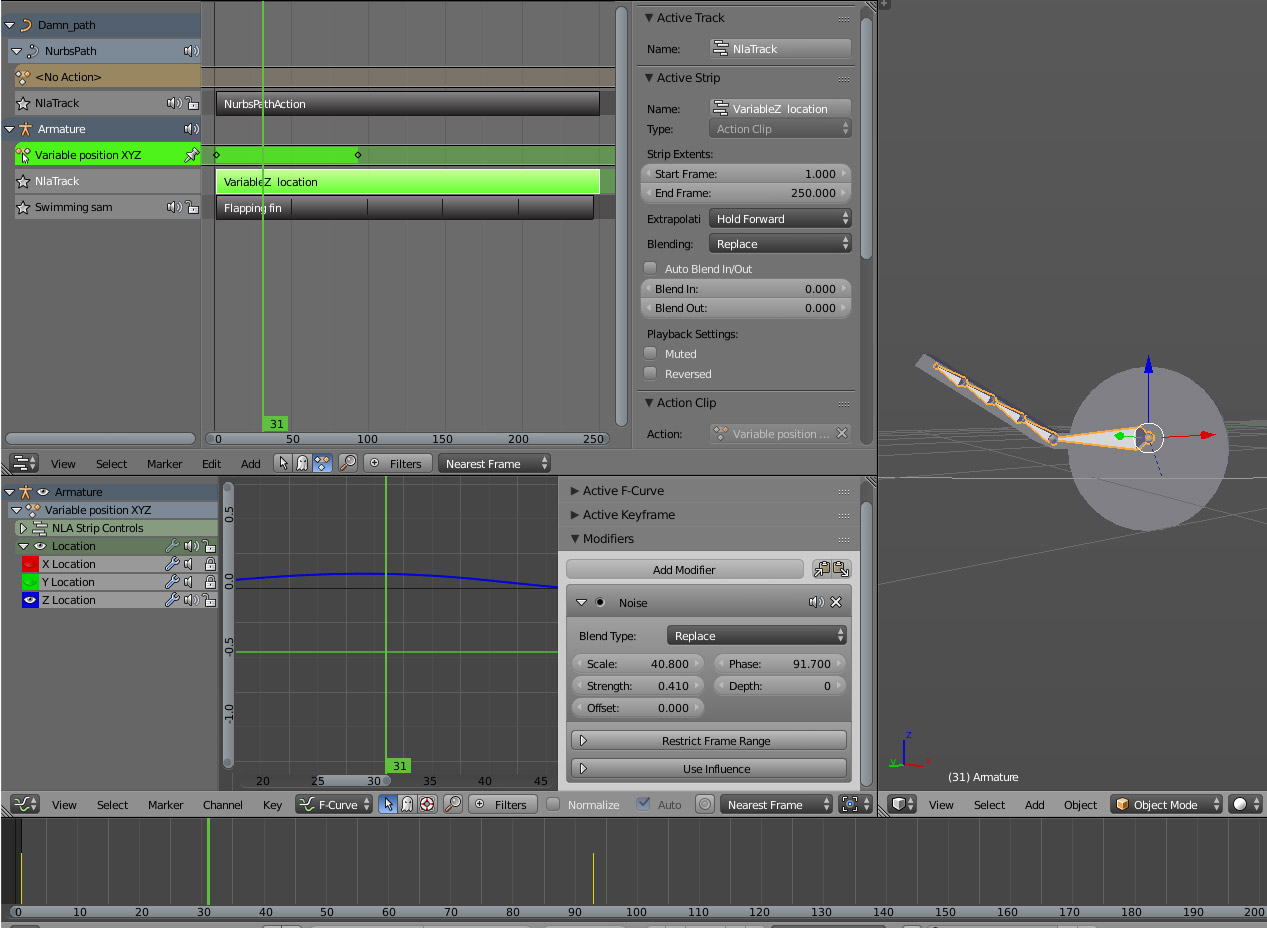 Browse other questions tagged animation rigging fcurves or ask your own question.