How to create the effect of a flaming/electric cyllinder

I'm wanting to make another lightsaber movie. The first one I made, The Battle of Harris Beach simply used an animated cylinder that was motion blurred, colored, and then overlayed on top of the footage as seen in this picture: 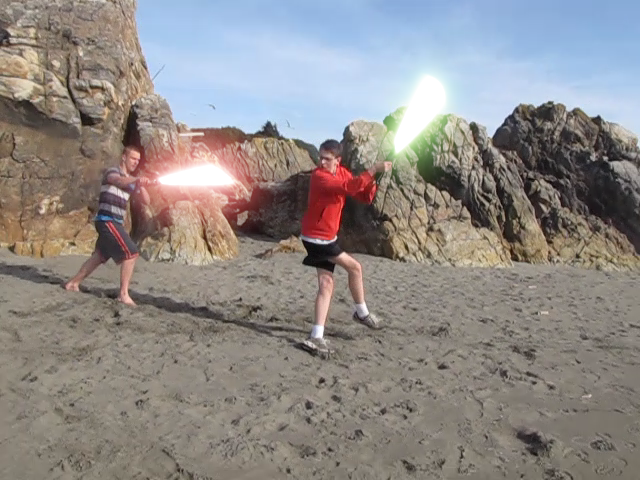 This works great, but unfortunately, the new trailer has somewhat raised the bar, as seen at 1:57 in the new trailer. They not only glow, but appear to be flaming and have some sort of lightning travelling through them. What would be the best way of accomplishing this effect? Thanks.

Browse other questions tagged compositor or ask your own question.

30
How to create an animated Electric Arc or Lightning?