I have an object called "Template" and it has several shape keys, one of which is called "Speaking". Another is called "[AVERAGE]", which I want to be the value of the average of all its other shape keys. This is for animation.

Where I'm running into the problem is with the RNA syntax. 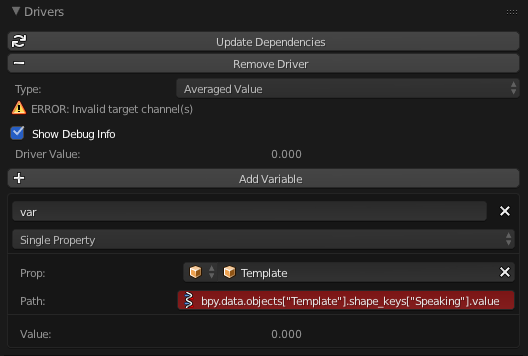 Here is where I have found the RNA path of the object in the Outliner: 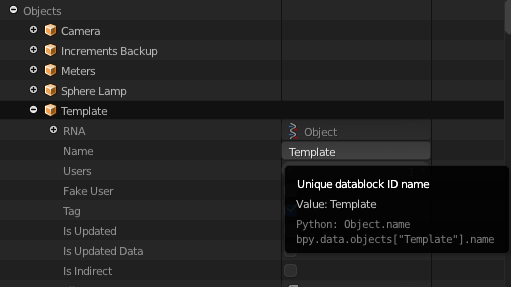 What am I doing wrong? I have tried various variations of syntax, but nothing has worked.

The data_path on a driver variable is relative to the ID object you select, in your case objects "Template". The location x path from here would be "location.x" or "location[0]" for example.

Select key as an ID object instead and your keyset. An example path to "Key 1" key's value is demonstrated in image. 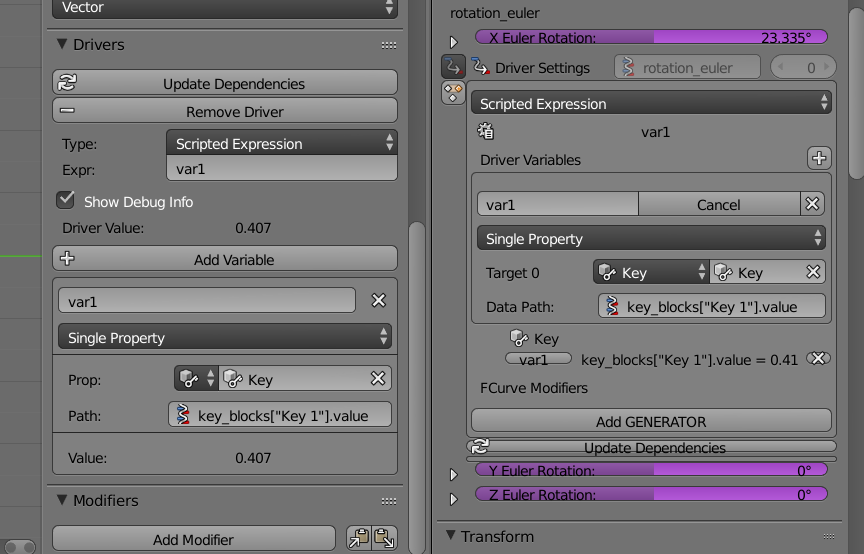 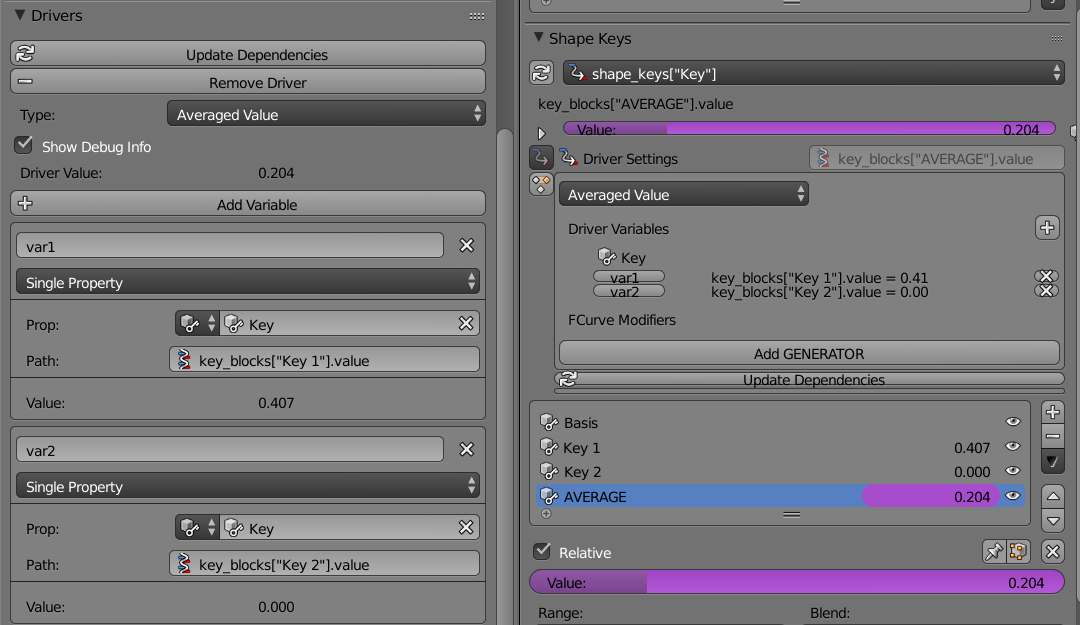 PS. The panel on RHS is a shameless plug for my Driver Manager Addon.

available from the Shape Keys panel. The menu below the plus + and minus -.

I suggest you use only the facilities of the shape key mechanism. Create a new shape key from some combination of two or more existing ones. This is a feature of shape keys that exists already.

When [Relative] is enabled the value [Value] can be animated. Influence or weight might have been a better name for discussion purposes.

If that does not provide enough flexibility or ease of expression you might consider creating another object001 which is not rendered. This object001 has has a simple property such as x-rotation that is used to control the influences of multiple shape keys. This paragraph is motivated by your comment below.

I believe you cannot put an arbitrary expression as a path.

Not the answer you're looking for? Browse other questions tagged drivers shape-keys outliner data-blocks or ask your own question.

4
How can I set a Shape Key value to be a driver's variable?