How to model a Dome Tent?

I can't figure out how to put a dome on a five sided polygon like so. Any ideas? Thanks! 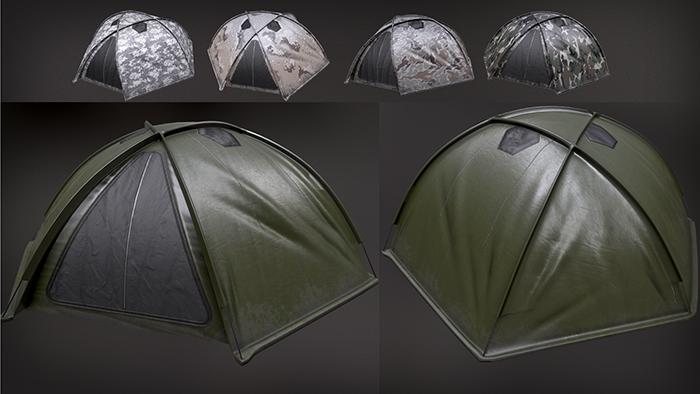 Start from adding a regular pentagon to the scene (a circle with 5 vertices).

Inset the ngon (i) and add some loopcuts. 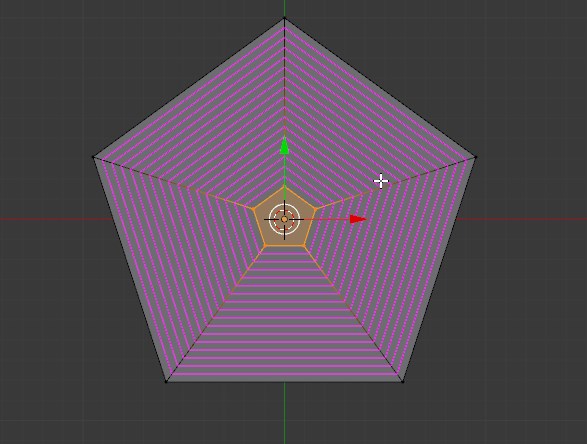 Then add a Cast modifer controlled by an empty which you should put a little below the pentagon (depending on the shape you wauld like to get) to make it bump up. You could also use Proportional editing with "Sphere" influence if you already have an idea of the final silouhette of the tend. 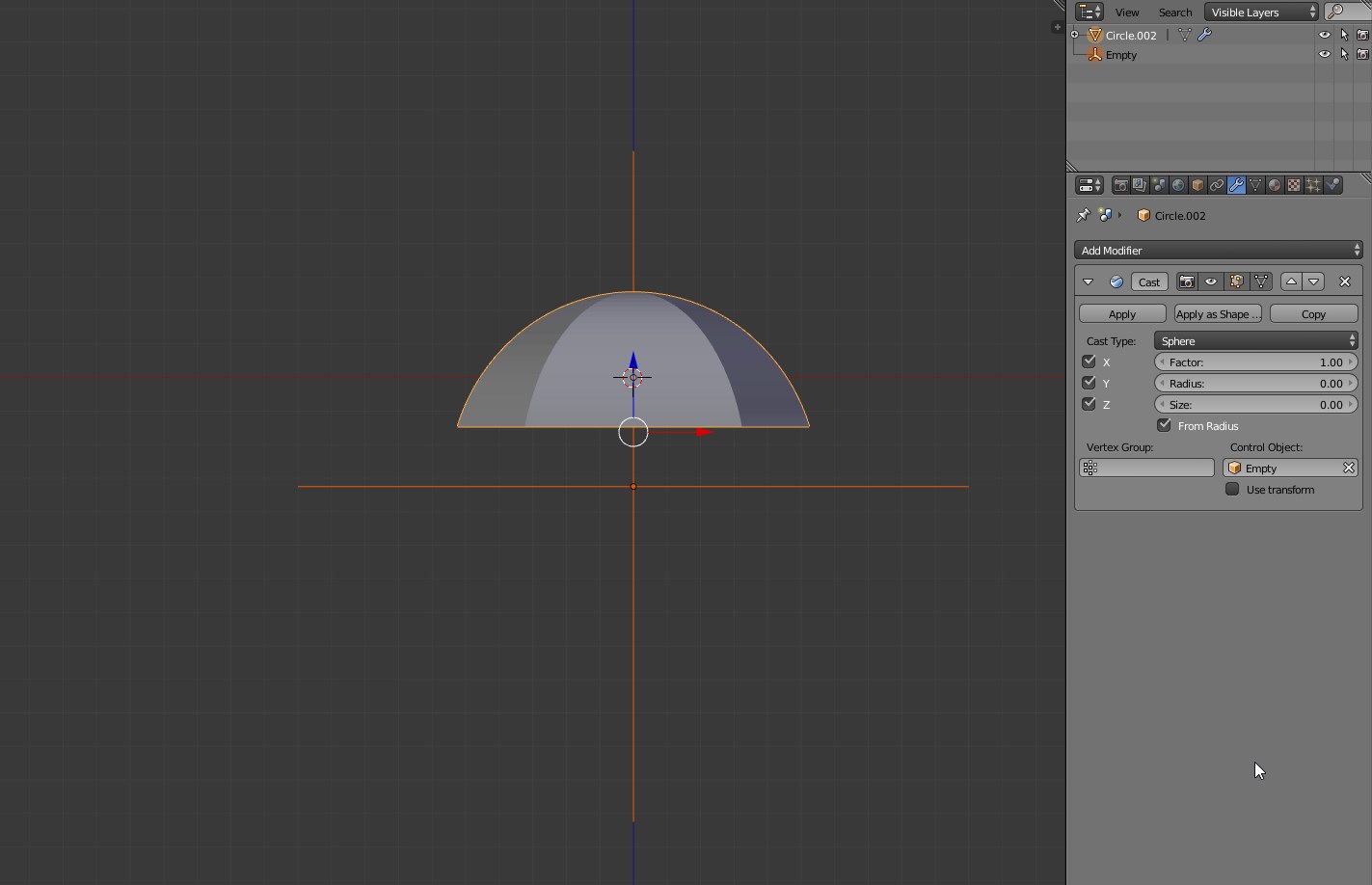 Enable modifier visibility while editing to add further loopcuts in the parts that need a higher polygon resolution. 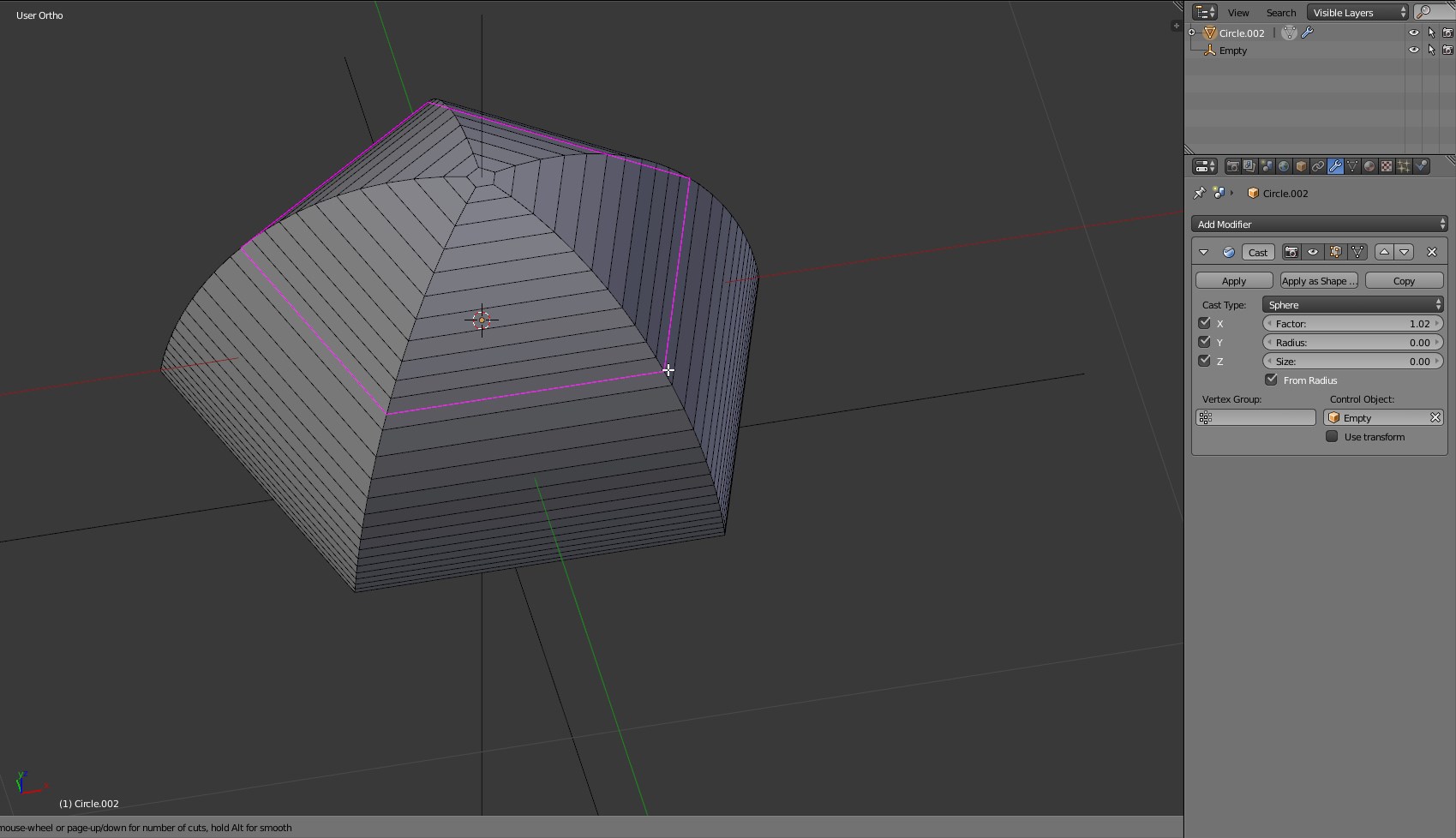 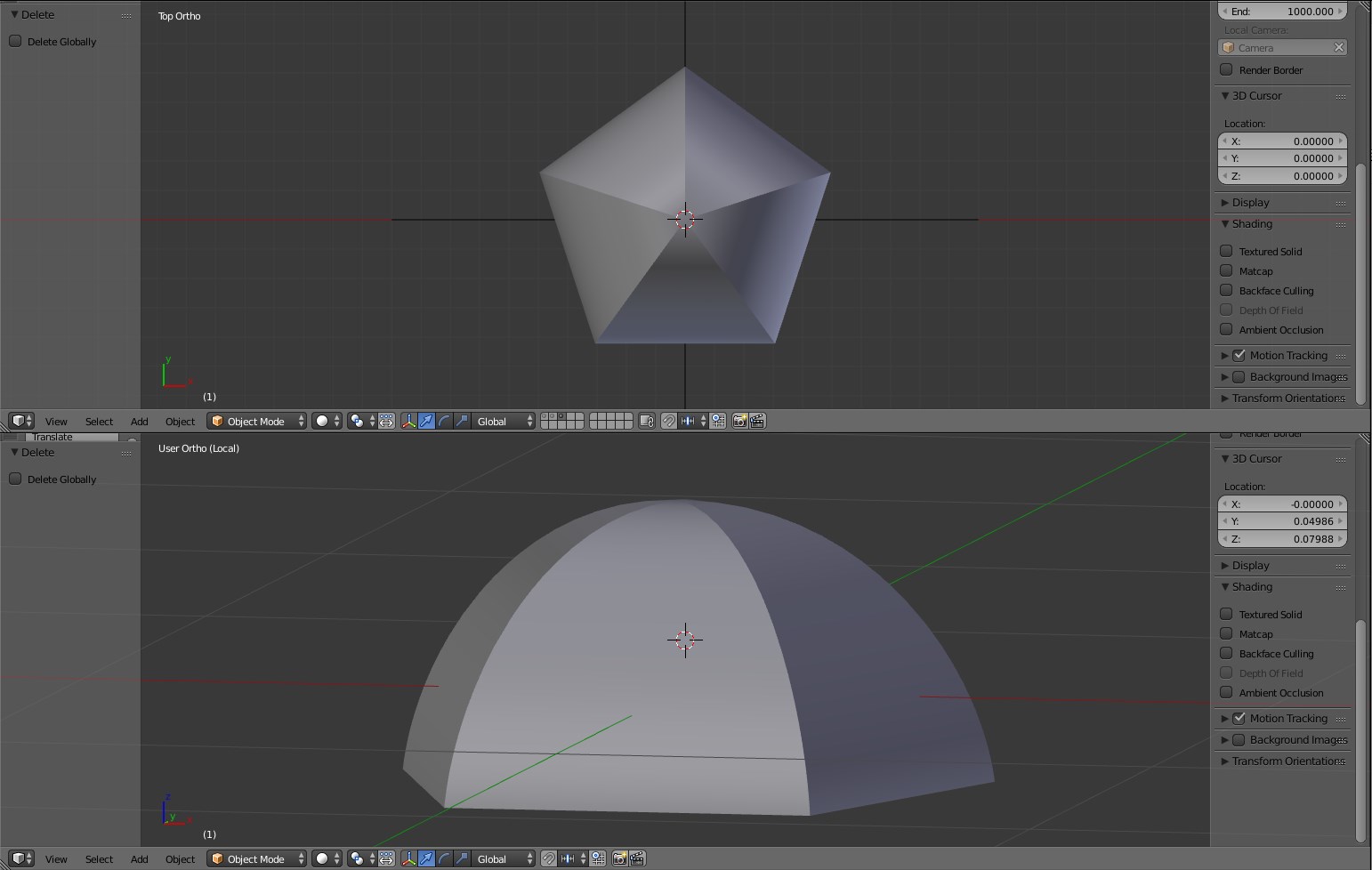 You can get a similar result also with Subdivision Subsurface modifier (not suggested, too many faces and it's difficoult to achieve the correct curvature) 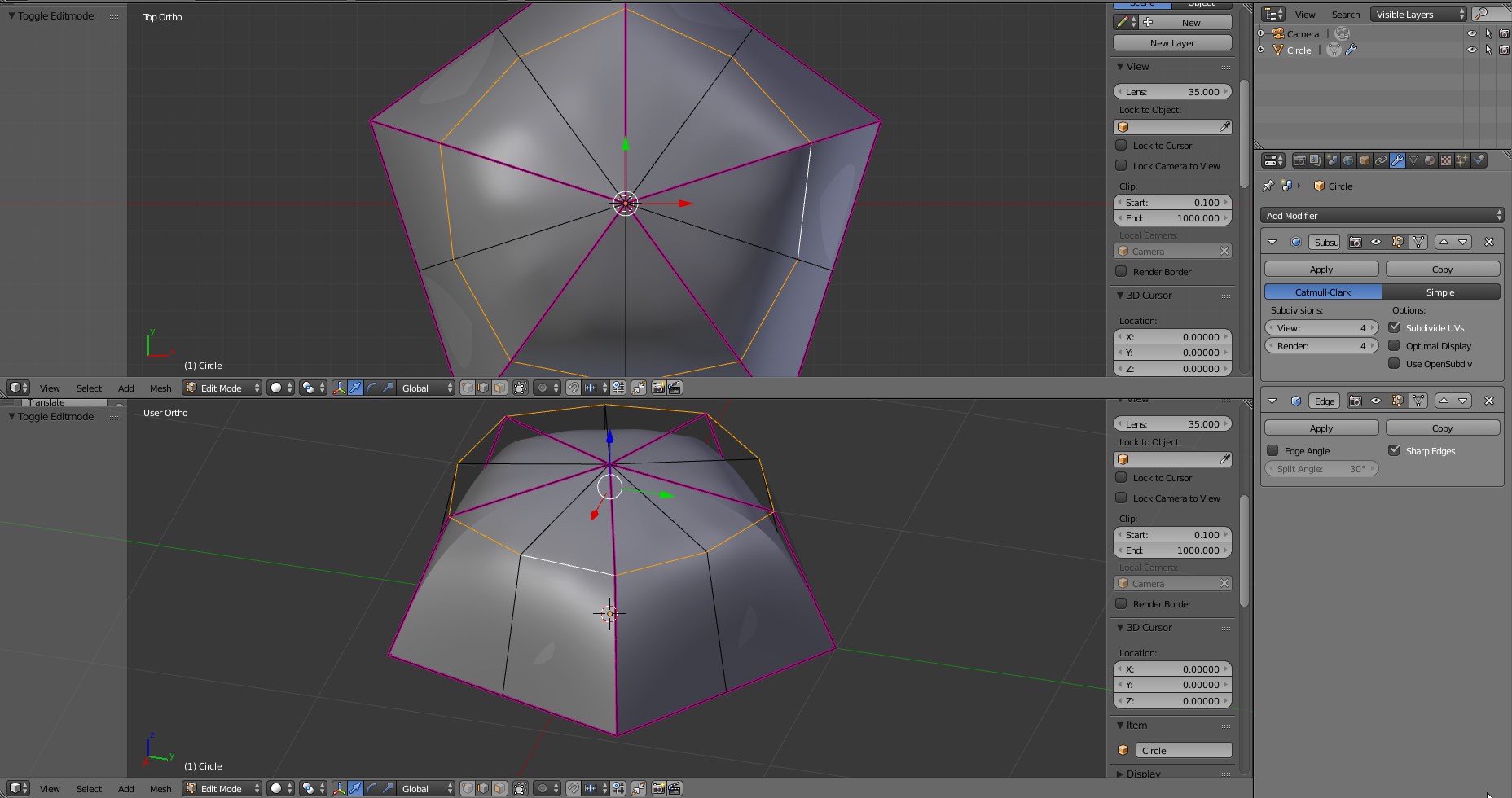 If you are looking for a realistic definition of the surface (in the middle of each sector the fabric should be a litte more loose), you can let the physic model it for you by running a cloth simulation.

Pin the vertices along the boundary, define the arcs and create seam between the arch and the tissue below. Now fill the field in the cloth sewing panel and start tweaking the settings to find the wanted curvature of the fabric. 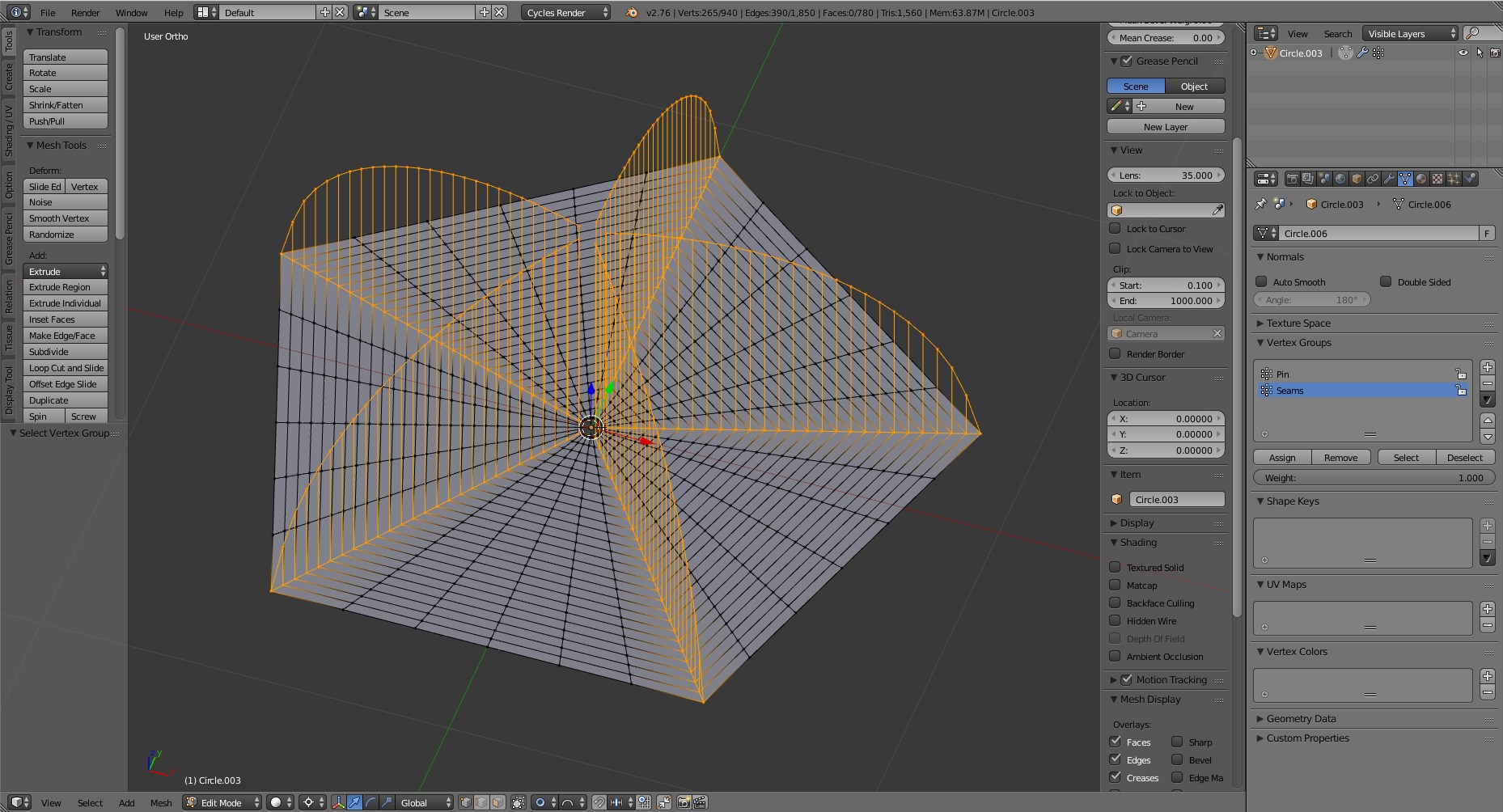 1
How to "unravel" a model?
9
How do I model a 12 sided shape?
0
Pinball flasher dome
1
Help modeling this dome
0
Modelling a modern dome tent
3
Modeling a stadium dome with UVs?