Wrap text around a Circle without deforming it. (numbers on clock)

Currently I'm creating a pocketwatch, but im having a difficulty in spacing out the text evenly, as can see here: 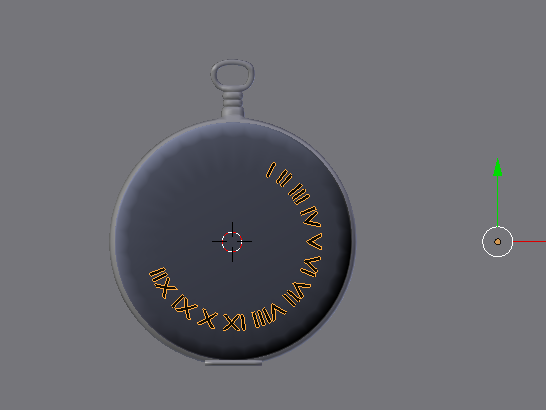 If I tried to space it out by scaling with x, this happens: 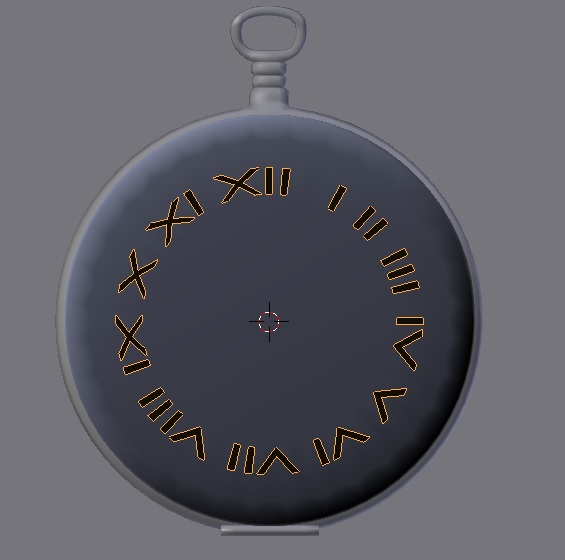 Is there any way I could evenly space out the text without deforming the text or adding spaces for every text?

On the surface, and for most text the Text On Curve option would work great. The clockface however is the one example where the positions of the Numerals are more important than the perfect spacing between them.

See here in green the marks where the midpoint of these Numerals would need to be to make the clock look as expected, but automated Justify or setting the Spacing of the Word will result in an indiscriminate offset (shown by the red markers). 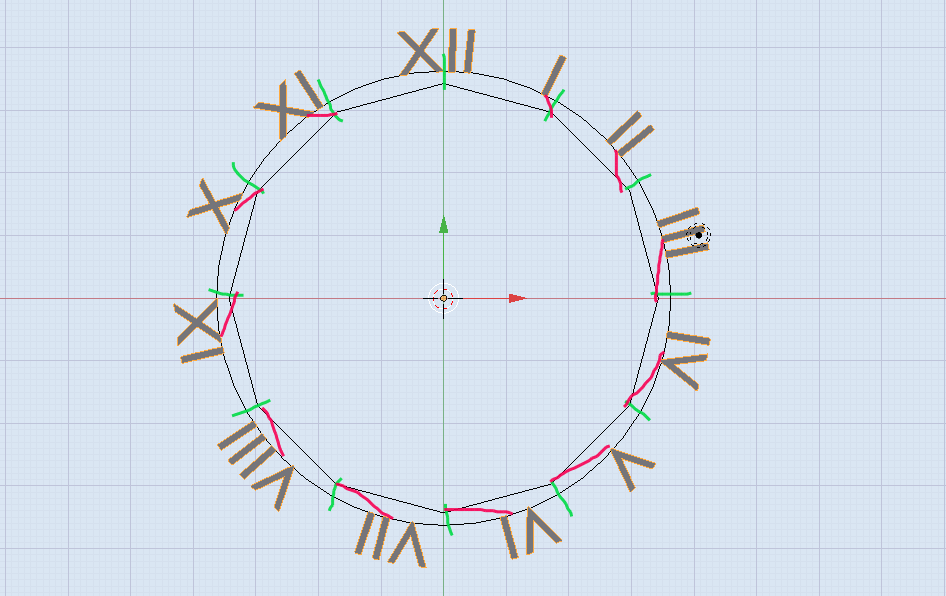 You can tweak the individual spaces between consecutive characters, even between a space character and a letter. This is called Kerning and it can be positive or negative. The keyboard command is Alt + Left / Right.

The technique is as follows: You place the text in edit mode while it is on the Curve, then navigate with left / right to the spaces between the Numerals, then to increase spacing you do Alt+Right, and decrease space Alt+Left.

In the End it may look something like this. (which I still think looks wonky) 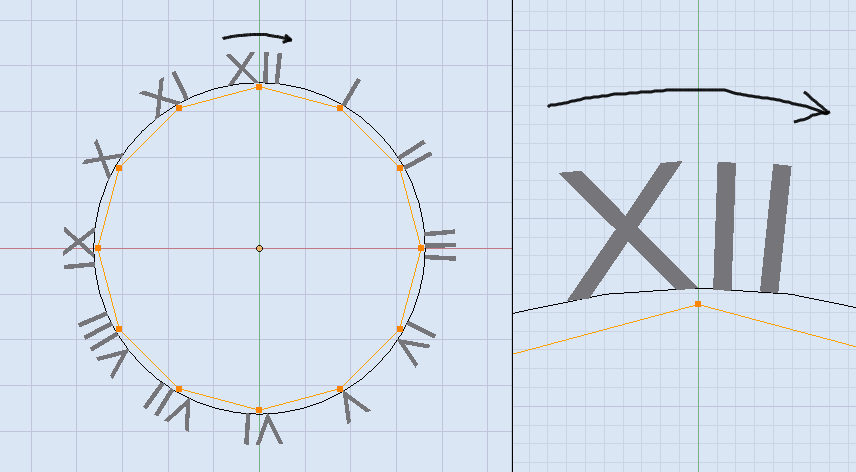 Consider using a background image to help decide where on the perimeter to place these numerals. It's not trivial to get comfortable spacing (but you can copy from the masters).

Problems with this method

I still have issues with this because the Curve is also applied between individual characters of the Numeral. You may or may not have an issue with that, but many clocks don't use that kind of Text On Curve aligning.

What I would do.

I'd do it with Sverchok (full disclosure, I coded some of Sverchok and wrote the Typography / Type Draw node):

For the Sverchok file here's a .blend of that node setup.

You could use the DialScale addon by Stacker (which I contributed to), it is designed to place a series of numbers and /or tick marks along a curve or line and was started in response to an answer here.

Here are some examples from the addons wiki page. 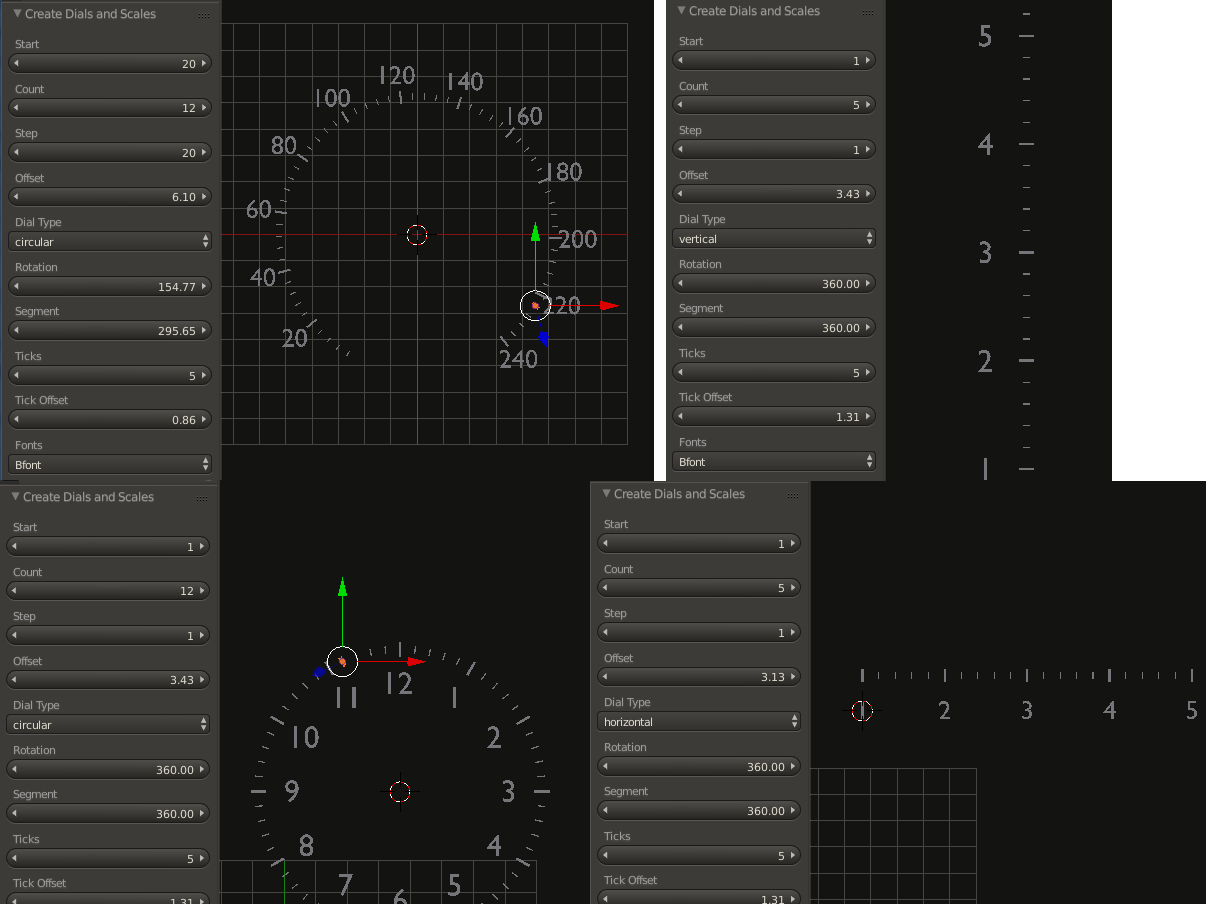 If you wish to modify the text spacing, you have options in the Text object data itself... however you set the text spacing itelf, it will always stick to the curve modifier, but it will not be deformed... 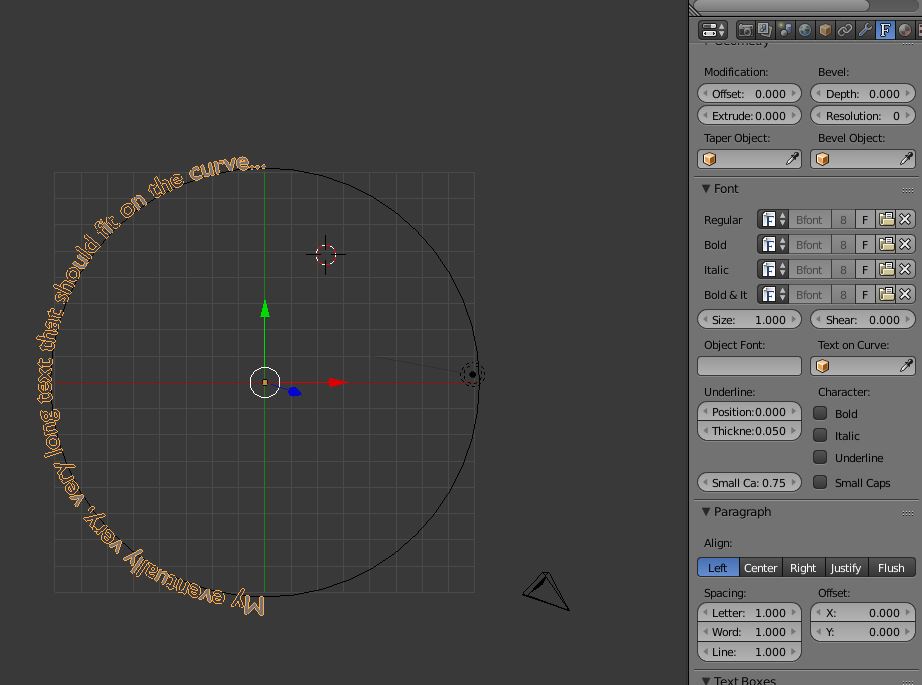 here I just set the word spacing from 1.0 to 9.0 (you can adjust values visually) 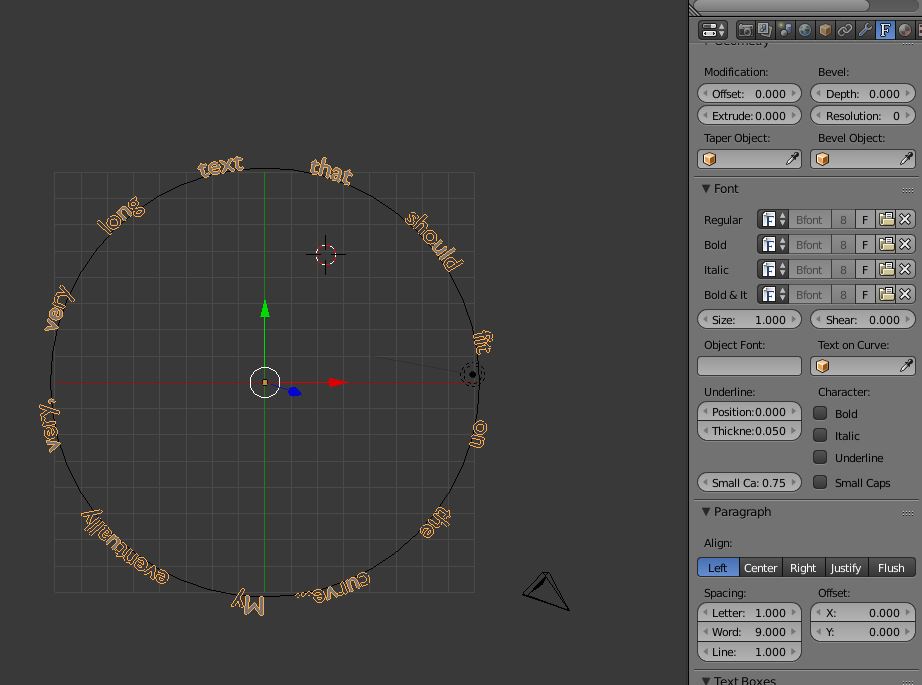 Not the answer you're looking for? Browse other questions tagged bezier-curves text-object or ask your own question.

3
How to add numbers to a dial?
9
Is it possible to create an incremental array?
4
Align text with a curve
1
Deforming text maintaining vertical alignment

3
text on 3d curve
7
Create subscript text
5
How to achieve animated handwriting with variable thickness?
1
How to refresh applied fonts?
1
Align text on the inside of a circle
3
Create number grid of text objects in Animation Nodes