I found, that some faces are blinking (like Moire effect) while rotating in preview.

The following message appears upon start:

I found it is the problem of my model, since it affects only half of it: 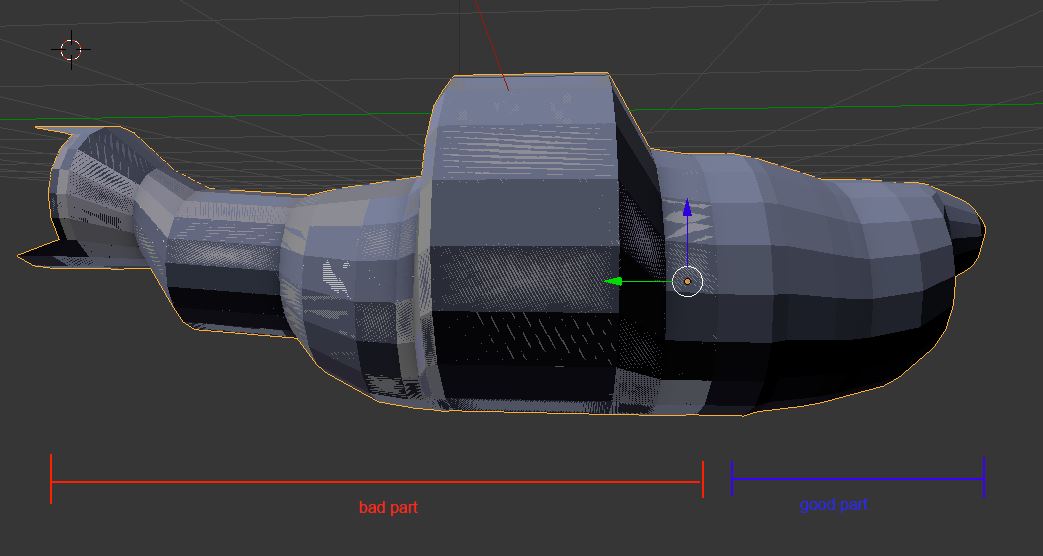 Also I noticed extruding behavior changed when I was doing this: Unconstrained extrusion?

The display glitch you are seeing on your model is a common 3D graphics artifact called Z-fighting.

Basically what is happening is when two coplanar faces occupy the exact same space Blender doesn't know which of the two faces to render. The faces are "fighting" which one is closer to the camera. So due to floating-point calculations in the distance to the camera (z-buffer), various points of the shared surface are rendered as one of the faces, and other parts are rendered as the other face. This results in the strange looking Moire-like glitch you are witnessing.

To fix this problem you can first try to remove double vertices with W > Remove Doubles. This will merge vertices which occupy essentially the same location, you can adjust the tolerance in the F6 parameters menu immediately after removing doubles. In some cases removing doubles won't be enough to fix the z-fighting, in these cases you will just have to go through manually and remove the overlapping faces.

I suggest you read up on manifold and non-manifold geometry.

38
Cause of black artifacts in render?
0
faces are lined and stripey in the view port after extruding
0
Extrusions causing problems in edit mode
1
Weird Pixellation, Almost Like Dealing With NGons But Different
95
What is non-manifold geometry?
20
How do I avoid rendering glitches from overlapping faces?
8
What are face normals?
2
Overlapping faces in mirror modifier causing z-fighting
1
Unconstrained extrusion?
0
Duplicated mesh is not the same size as the original
See more linked questions

46
Preview rendering the current view from the viewport?
0
Blender closes when rendering
1
Eevee render doesn't look like render preview
1
Live rendering problem in all viewport modes other than Rendered
0
Hair particle problem after rendering
0
When i'm in my viewport, rendering with cycles just looks like eevee