Dust on image, using alpha node on a mask

I would like to add some dust on my character, with the "add" option selected, the dust becomes white instead of black.

I tried to use "subtract" for a second attempt but I can't find out how to make the dust less visible, I would like a smooth effect like an old picture, here the black dots are too much. The alpha node does not seem to work with "subtract". 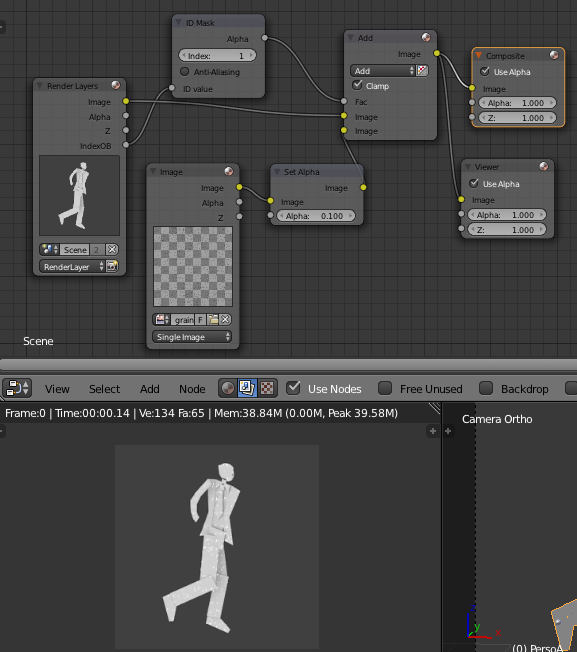 Alpha over and Math nodes

When you want to overlay an image with transparency to another, the Alpha over node is perhaps a better coiche than any other node.

From the manual's page:

Use this node to layer images on top of one another. 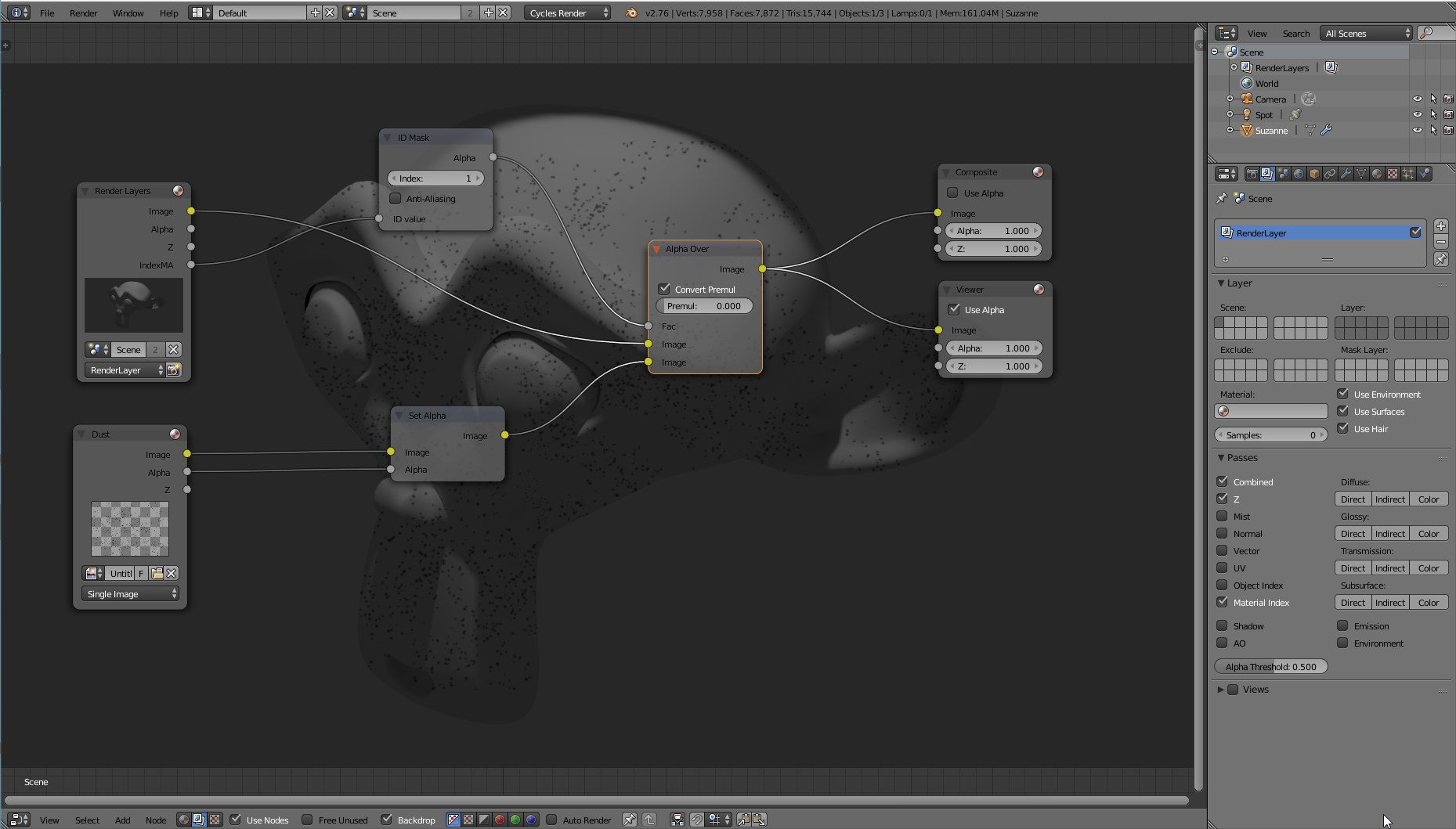 Note that you don't even need to set the overlayed image's alpha, it is already taken into account. 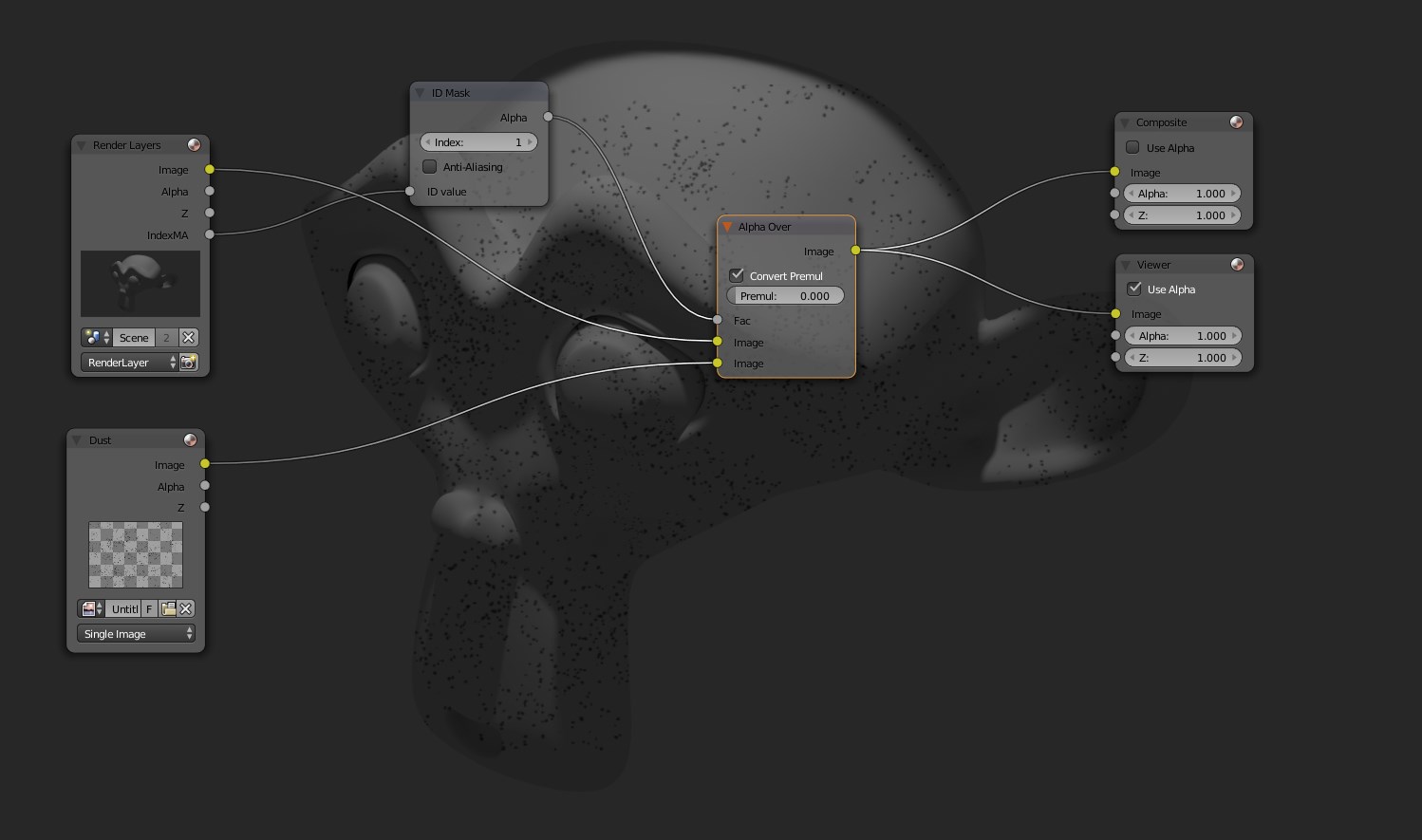 One of the possible way to control the strenght of the mix could be lowering the incoming overlaying factor with a Math node: 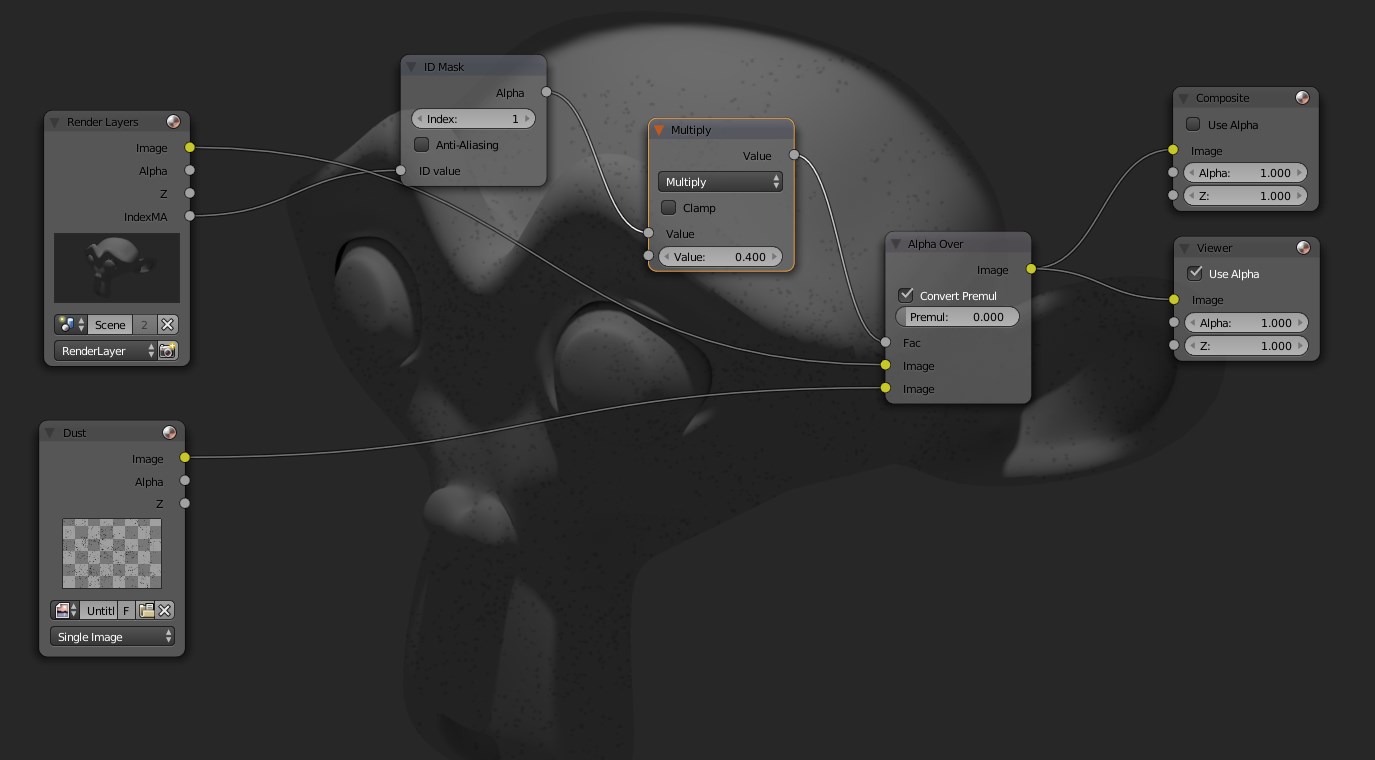 While before the range of the factor was from 0 to 1, now are linearly remapped from 0 to 0.4, resulting in a softer effect.

Not the answer you're looking for? Browse other questions tagged nodes transparency or ask your own question.

3
Mist + dof + alpha in cycles
6
premultiplied alpha?
1
I'd like to know how to overlay a hue shift effect on an object
2
Alpha over node is including unwanted objects in the image?
1
Partially UVW Animated alpha mask for circuit board shader
0
Color into Alpha - Nodes and Vertex Paint
1
How to circularly fade an image to alpha in compositing?