How can I lay down an object on a plane?

I am creating a scene with different objects scattered around, as if they were laid down on the floor, and I found that one of my objects it not touching the plane (the monkey head in the back). 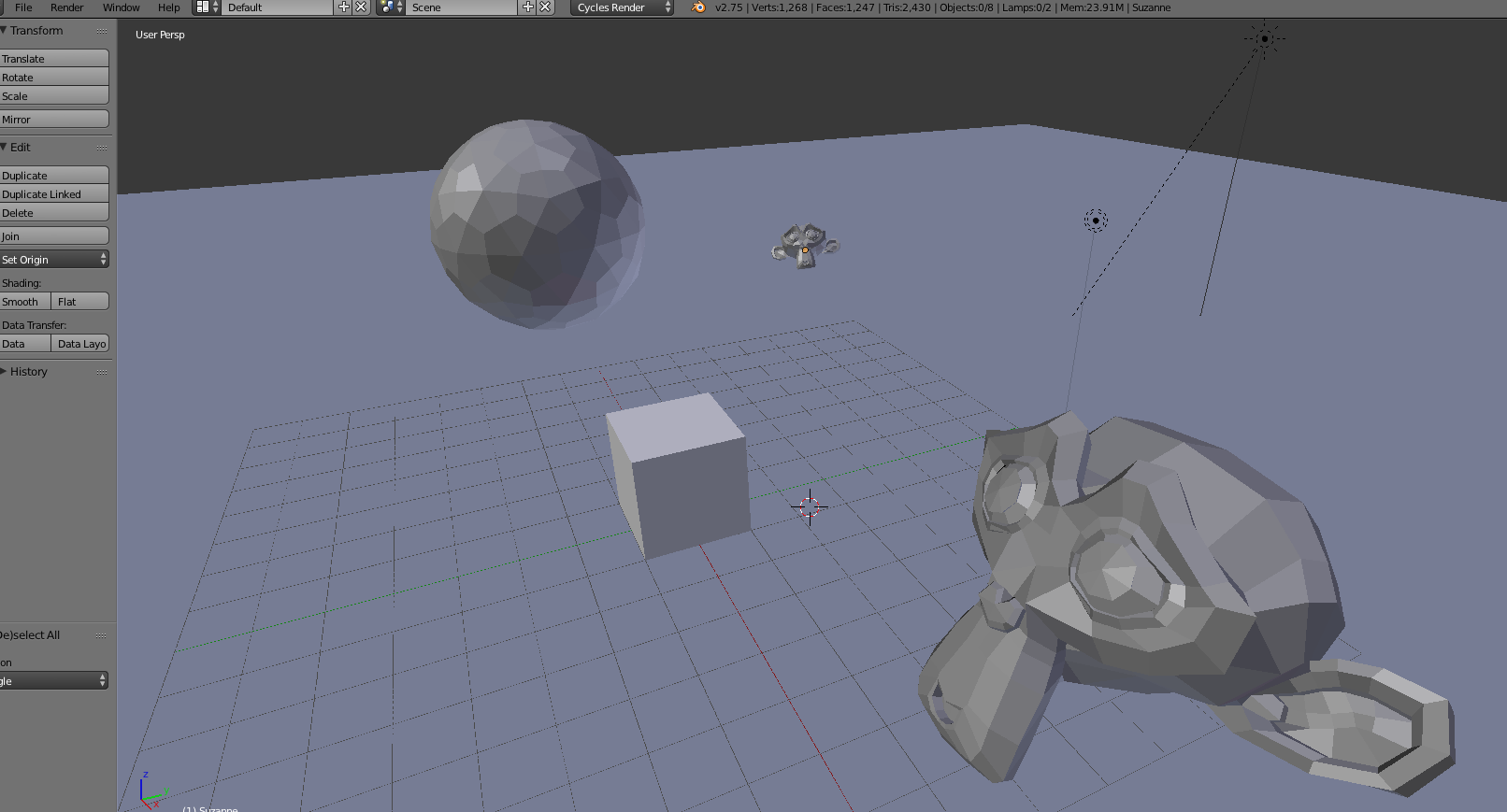 So I have to move really up close to the object (then at some point the zoom strength slows down, not sure why), spin the scene around so as to be have my view aligned with the plane, then move it little by little. 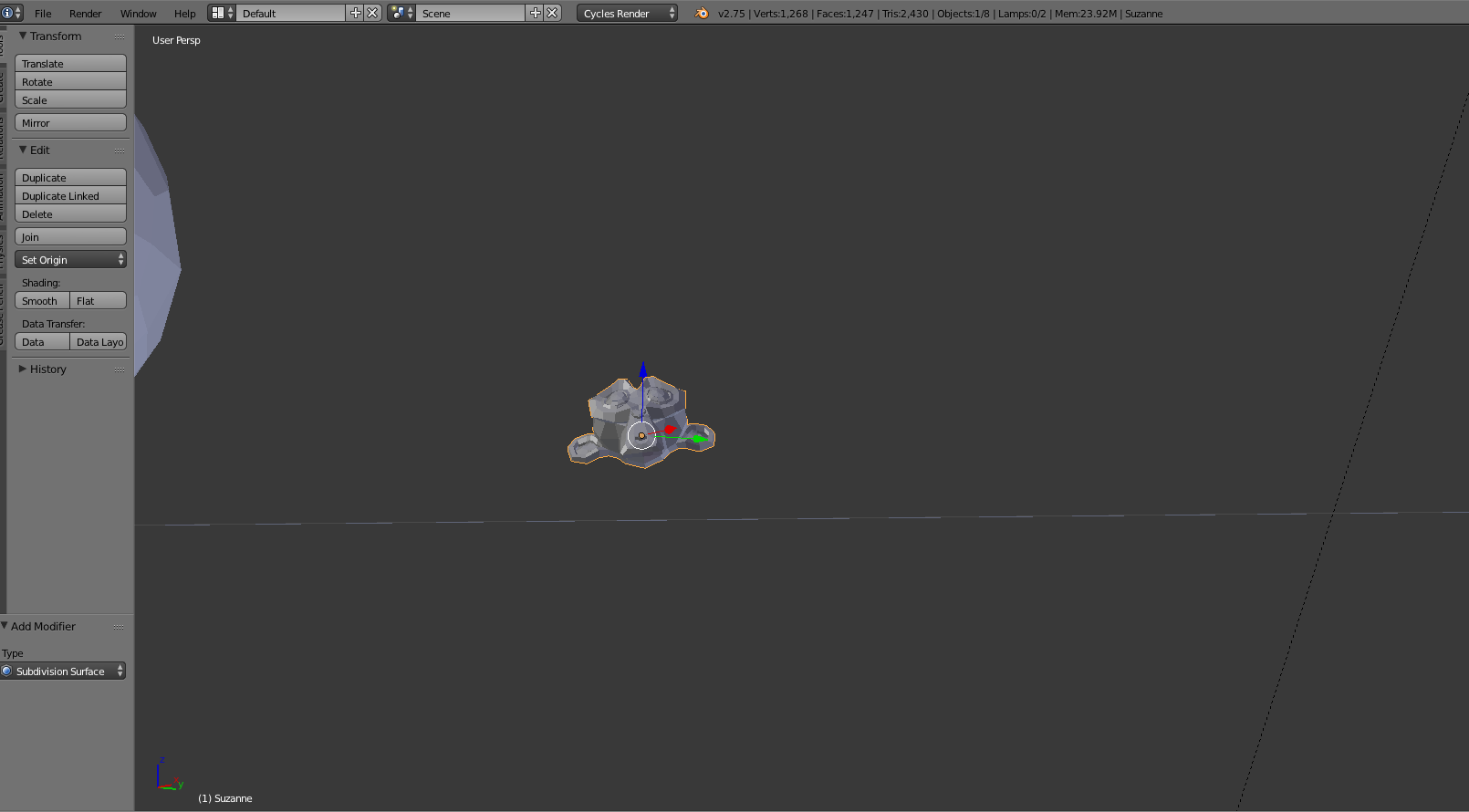 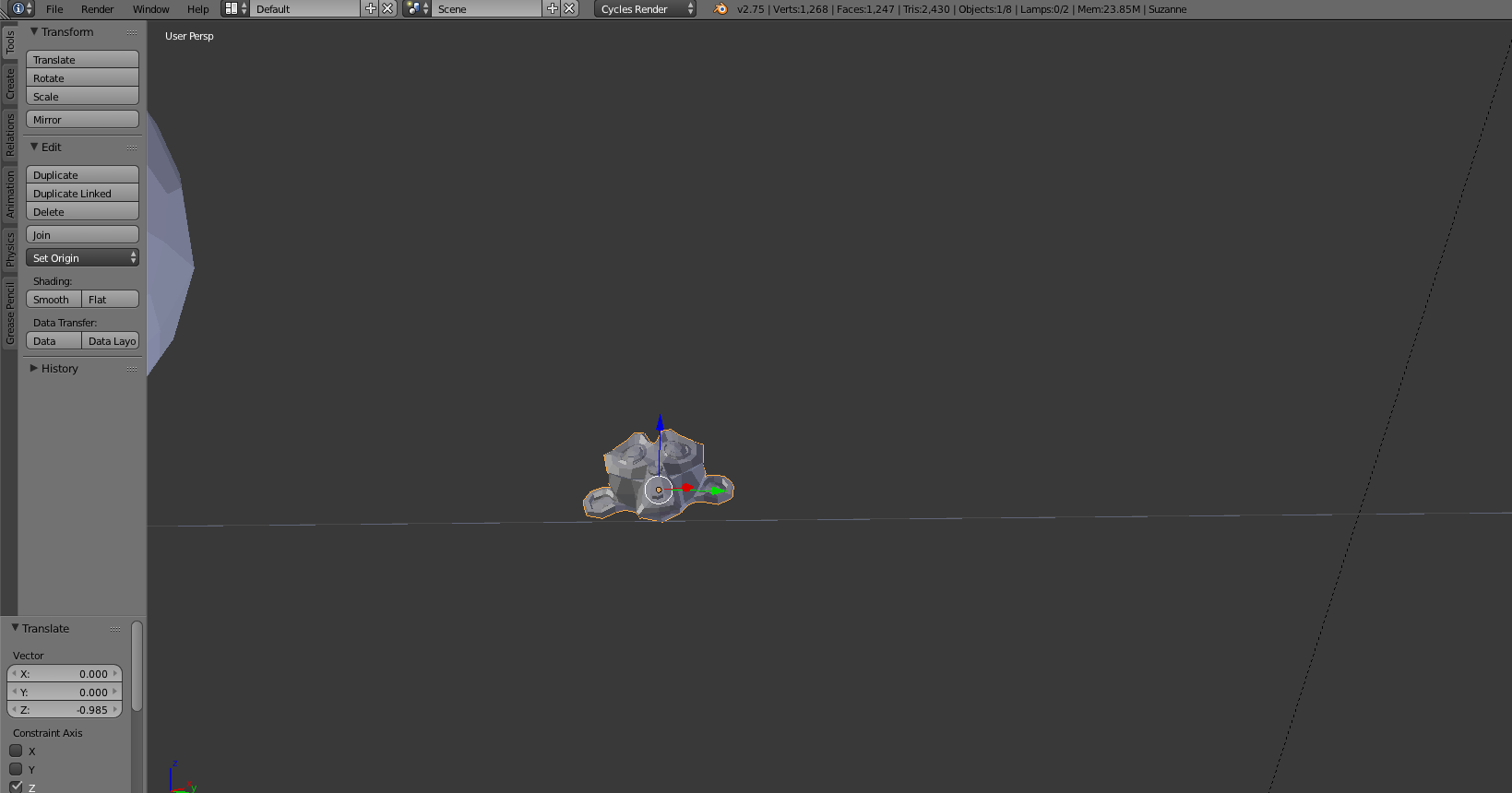 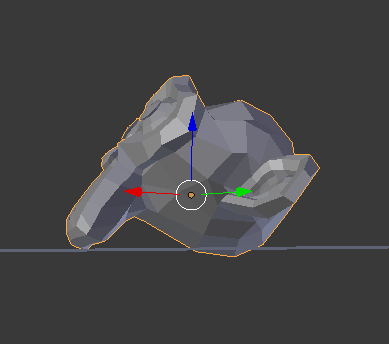 So I rotate, grab the object up on the Z axis... then the jaw isn't touching anymore...

And then I thought "wait, there's got to be a simpler way to do this".

One solution is to use Blender's rigid body physics simulation. Basically, you simulate the object falling and settling on the floor from gravity.

In the Properties > Physics panel, turn on both Collision and Rigid Body for both your floor object and the object you want to lay down. 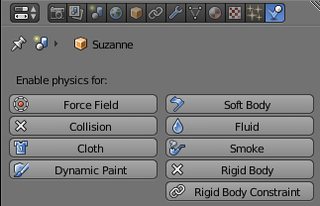 For the floor object, change the rigid body Type to Passive.

Press AltA to animate the physics simulation. You should see object fall down to the floor and eventually come to rest. Press AltA again to stop the animation. If you want to apply the final position to all frames, select the object and press CtrlA>Visual Transform, then turn off the physics for those objects in the Physics panel.

51
Snap object on top of surface of other object
26
How to place any object on the 'floor' of a scene?
14
Snap face to grid
0
Rotate an Ico sphere with 20 sides(Icosahedron) to align with the level grid
0
Snap object to another one with a displace modifier

0
Lock object origin to 3D cursor
1
Align text on the inside of a circle
1
Kirigami project: lay down low-poly buildings to paper
1
How can I "unsplit" (ie reconnect) vertices that I split (not separated) from mesh in edit mode?
1
Trying to fill an opening in an object and match depth
1
How to *efficiently* find all lights within a scene?
2
How I can extrude down?
4
randomly distribute objects over a plane