What I would like to do is a merge of two objects without applying their own and distinct modifiers.

You can set the joined mesh CREASE where you wish to limit the subsurf effect: 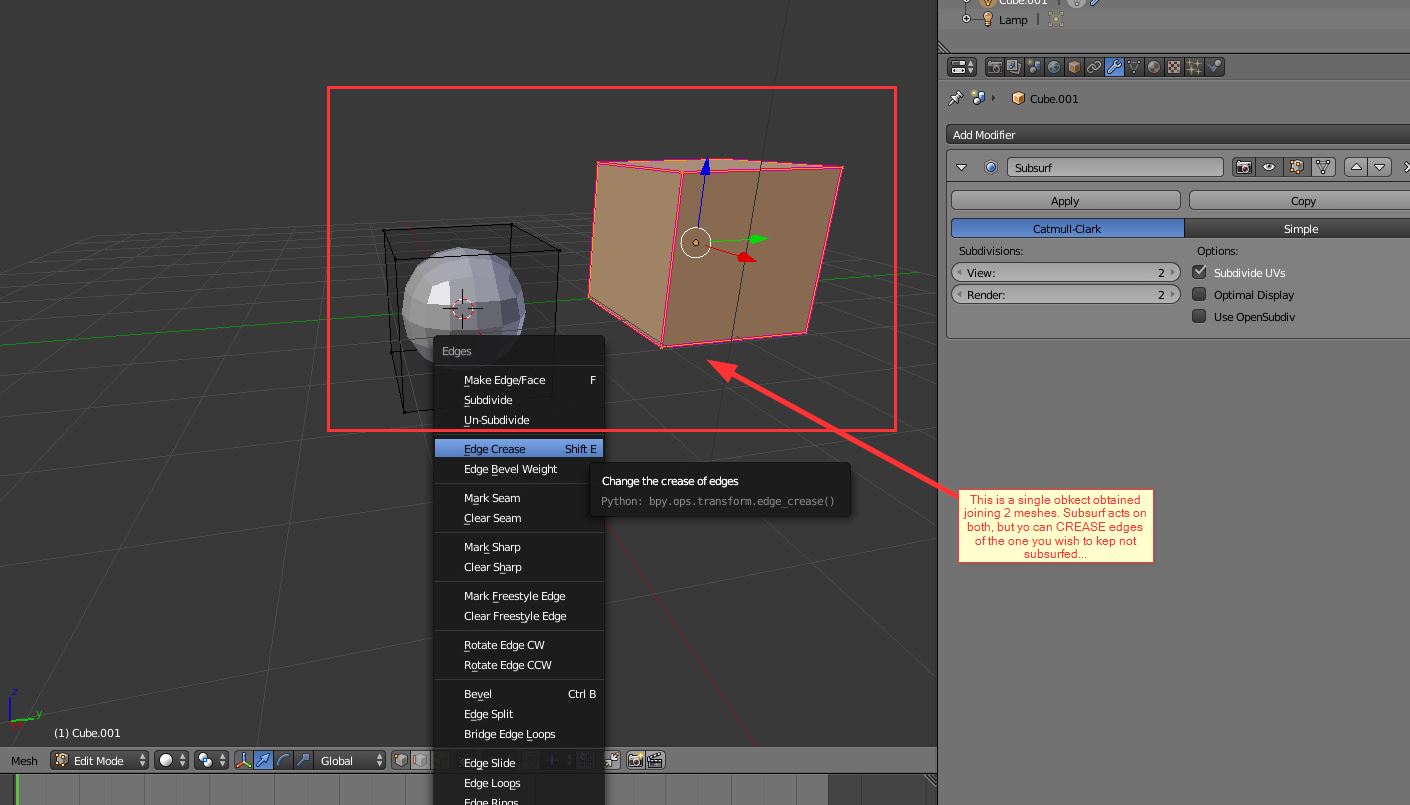 with CREASE 1.0 subsurf has no effect at all...

7
Object reverts back to non-modified state after joining

7
Why are modifiers not applied to child objects?
4
How to get the dimension of multiple objects?
0
Can't fix this color glitch when joining objects
2
Python Join Objects
0
Switching between different objects
2
How to bend two parts of a flat objects on two different axis?
2
How to join only two objects to create a new object using Python
0
How do I separate an array of objects where each object are two joined meshes that I don't want separated?