What is the ideal topology for a shoulder joint?

Modeling the shoulder joint of humanoid models is often a sticking point for me, due to the many degrees of freedom a shoulder has, and when rigged, my shoulders often pinch badly. What sort of edge loops and placement is best for that complex joint? Or is this more of a rigging/skinning issue than a modeling issue?

modeling rigging topology
Share
Improve this question
edited May 29 '13 at 15:58

The key with shoulder topology is to represent the deltoid muscle well and to separate the arm mesh from the body. The exact topology will depend on your subject. Most of the time every model will have slightly different topology.

For example, a muscular male will need far more dense and defined topology than a slim female.

The general rule of thumb with topology is to follow the muscle flow. Here is a front, side,, back, and top view of a fairly typical shoulder topology layout. 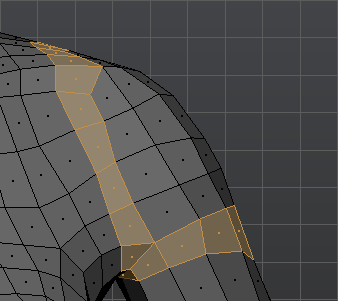 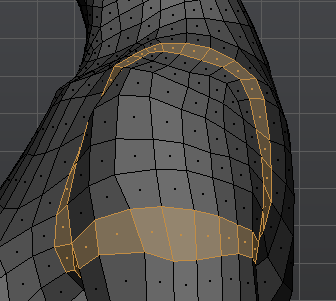 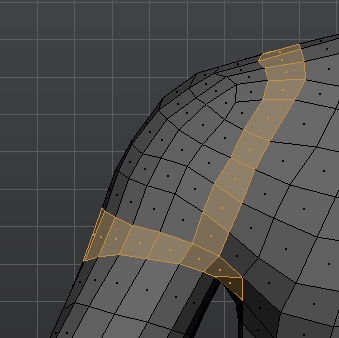 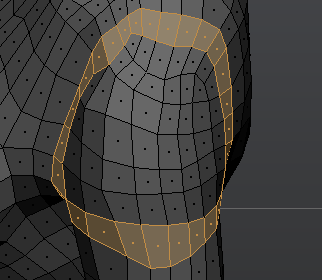 For a low-poly model I just added two additional edge-loops at the should and ellbow region.

The edge-loops should be added around your bones tip or root which also allows better control in weight paint mode. 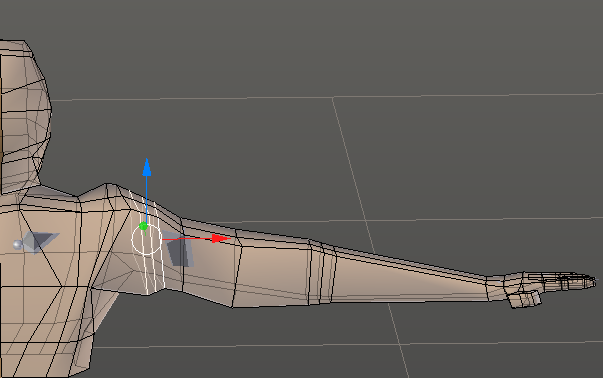 Not the answer you're looking for? Browse other questions tagged modeling rigging topology or ask your own question.

8
Correct approach to hip topology?
0
How to make character-mesh deform naturally when animating?
0
How to bend blocky arm into torso?
0
My mesh twists when I move a bone

3
How to avoid pinching when constructing joint topology?
2
Tips for proper topology
1
Tips for making the face topology
3
Cyclic dependency errors - Rigging problems with stretching
1
How can i make the shoulder joint deform smoothly?
2
Face topology for animated expressions?