I am having an immense issue with using my normal map in blender cycles engine. It works perfectly fine in Blender Render (but I can't get my transparency to work there, so I figured it's time to move to cycles anyway), but not even close in Cycles. It is the exact same model and the exact same texture.

I am VERY new to Blender/3d-modeling, so I don't have any idea where the issue is coming from. The nodes were very straightforward as I essentially copied a tutorial on Normal Maps. I made sure the Image Texture was using non-color data, but that didn't help at all. The texture appears to just create creases on the object now, and isn't really smooth at all.

Here is an image with a set of screen captures that depicts the issue fairly clearly. 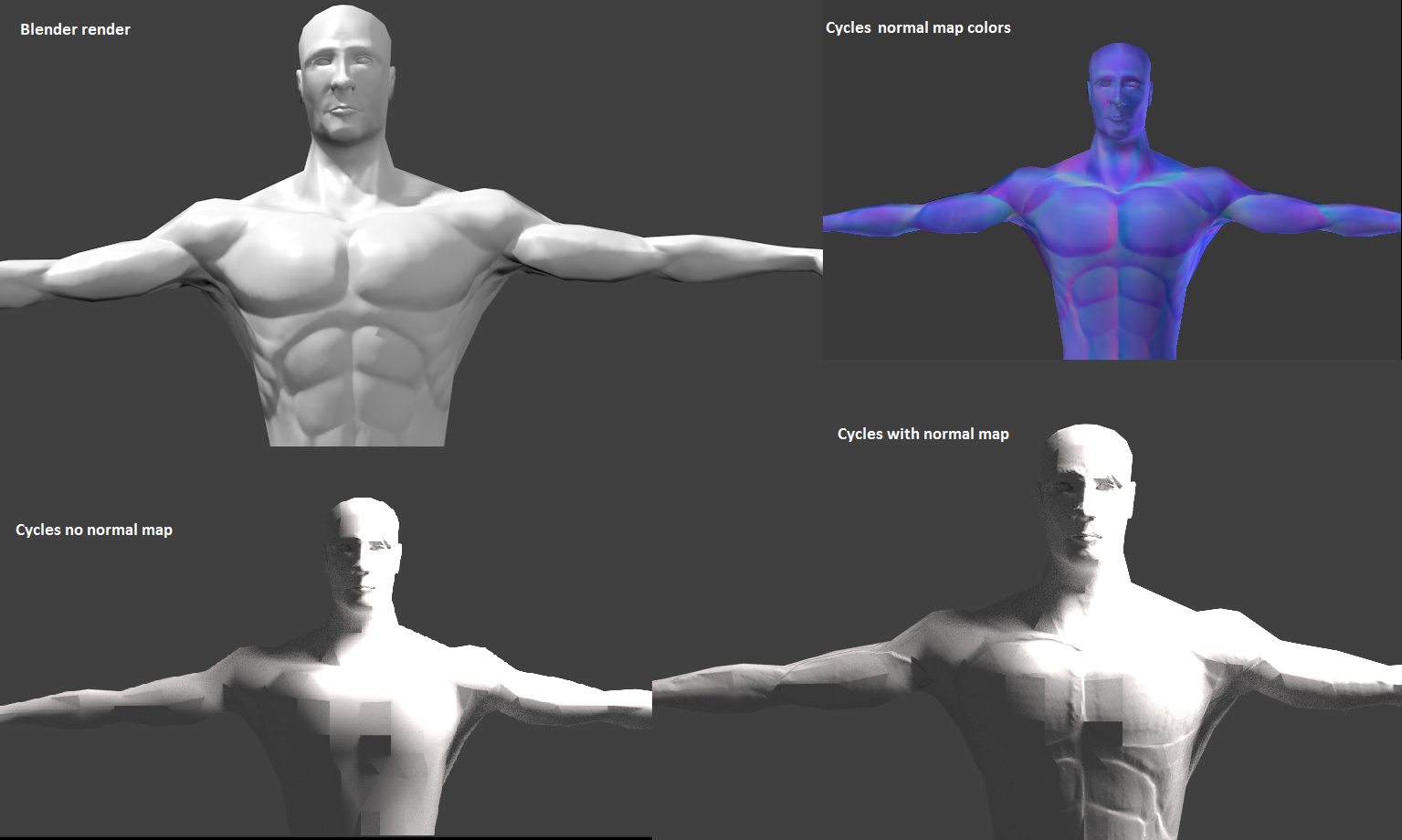 Any help would be greatly appreciated, thanks!

As gandalf3 pointed out, you are suffering from terminator artifacts. I have seen this before in my own models, but didn't know that there is a name for it :-). This is one issue with normal mapping. Blender uses the normal map to calculate the final shading at a particular point on the model, but it can't use the normal map to determine whether or not the light is hitting part of the model. Blender only uses the physical model to calculate where the light hits. Normal maps are only a form of trickery used to make the model appear to be higher resolution than what they actually are; they don't really add new geometry.

The reason it didn't appear when you were using Blender internal is probably because the lighting was different (judging from the picture). You will have to either use subdivision to make the lighting calculations more accurate, or adjust your lighting so that the dark area is lit.

I believe the problem is with your faces. They are not attached together at the artefacts you see.

Next all the normals have to be uniform. Select all verts and use the "Recalculate normals (outside)" function in a similar way to above.

This should fix some of your shading problems.

Not the answer you're looking for? Browse other questions tagged cycles-render-engine normals or ask your own question.