How to create a ribbon and attach it to a balloon

What would be the best way to model a ribbon and attach it to a balloon like in the images below ? 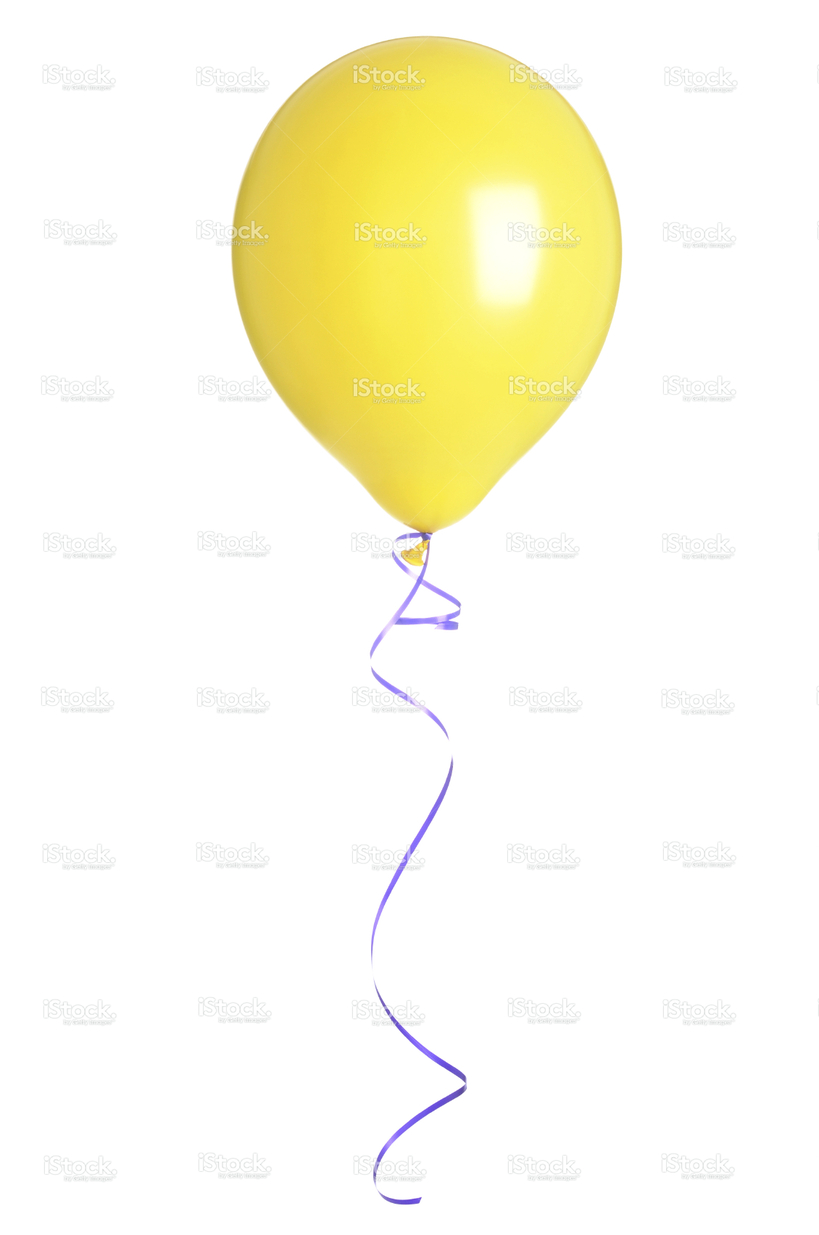 Indeed, for the ribbon, you can do it with a bezier curve : 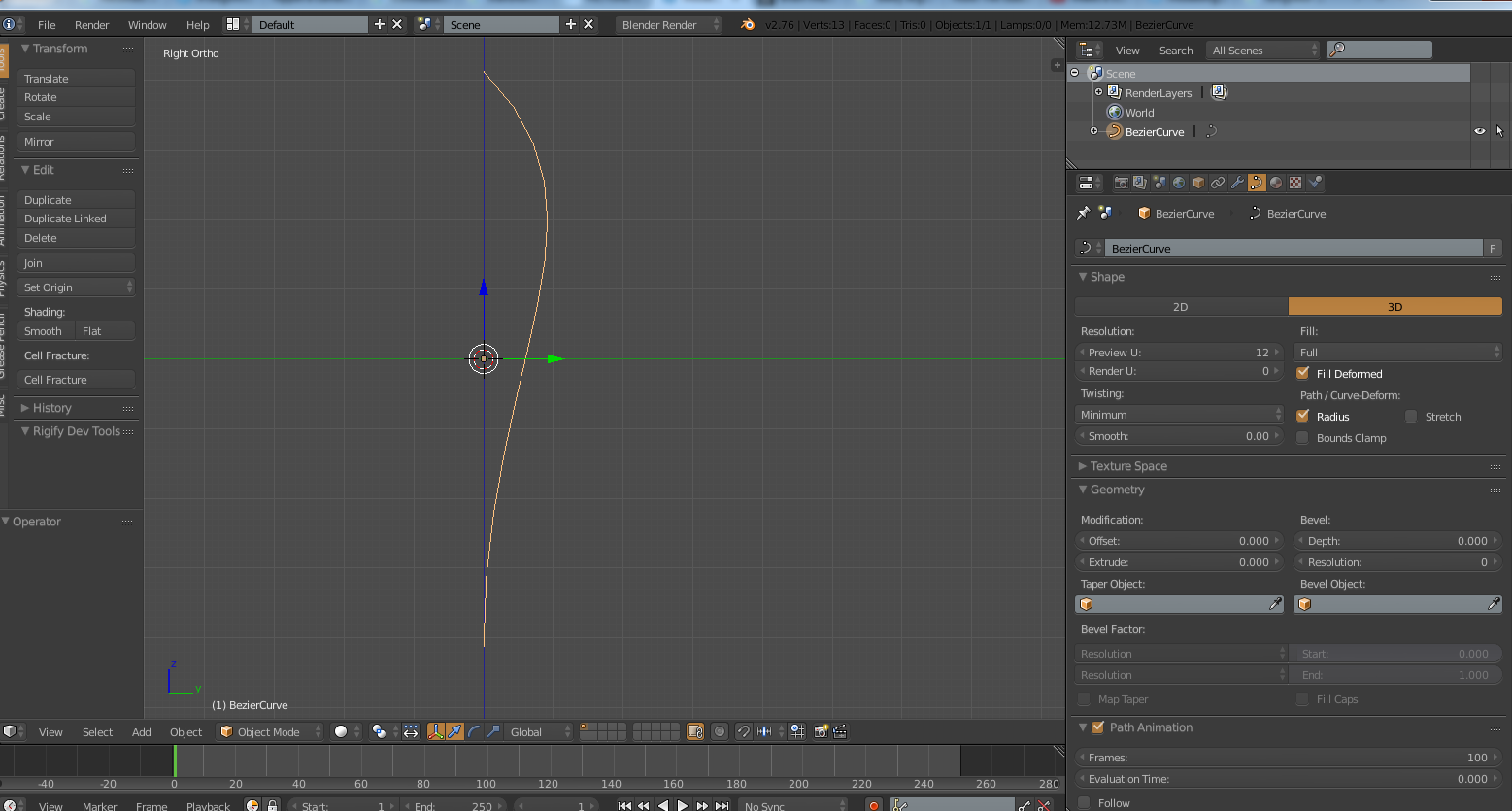 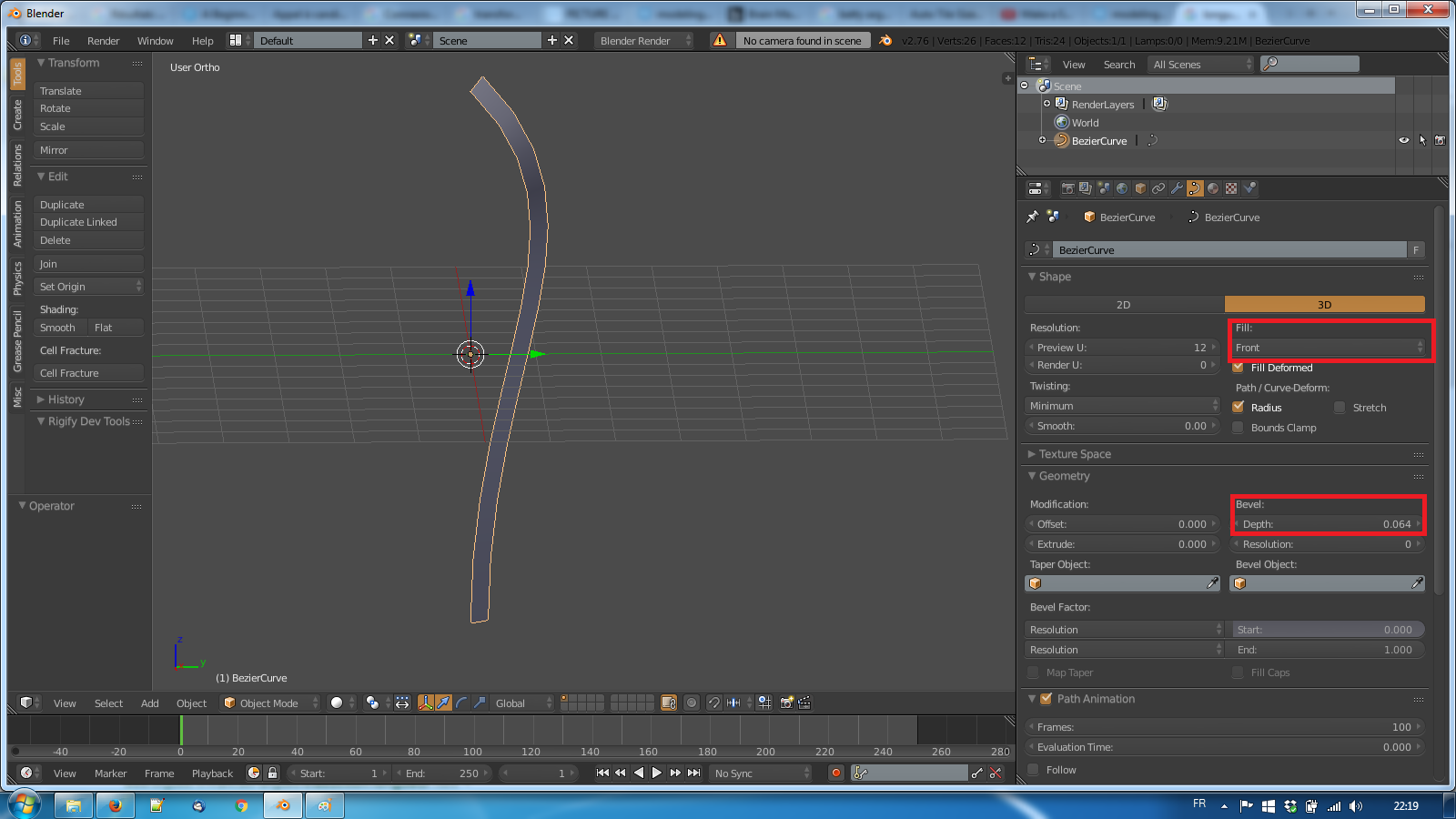 3.Give the bezier curve the shape that you want, while in edit mode, click E to add new bezier points, and shaping it (here's a very simple example, but with some tweakings, you can easily manage to have the ribbon you put in reference image) :

a ribbon like that can be done extruding an open curve object (not pressing E, but using "extrude" slider in the curve panel). But you'll have to model its curves by hand, positioning the curve control points manually.

Making it behave "automatically" like a real ribbon with spring effect, gravity, is more difficult though. I guess it would be more like a sort of cloth or soft body thing...

[edit] First, experiment with something simple: another answer shows you how to create a simple bezier, and shape it as you wish adding control points, an that is right but slightly slow and tedious.

There is also a way to easily get a complete "twirled" ribbon, already shaped as a spiral, which you can perhaps more easily adapt to your taste, and get something like this: 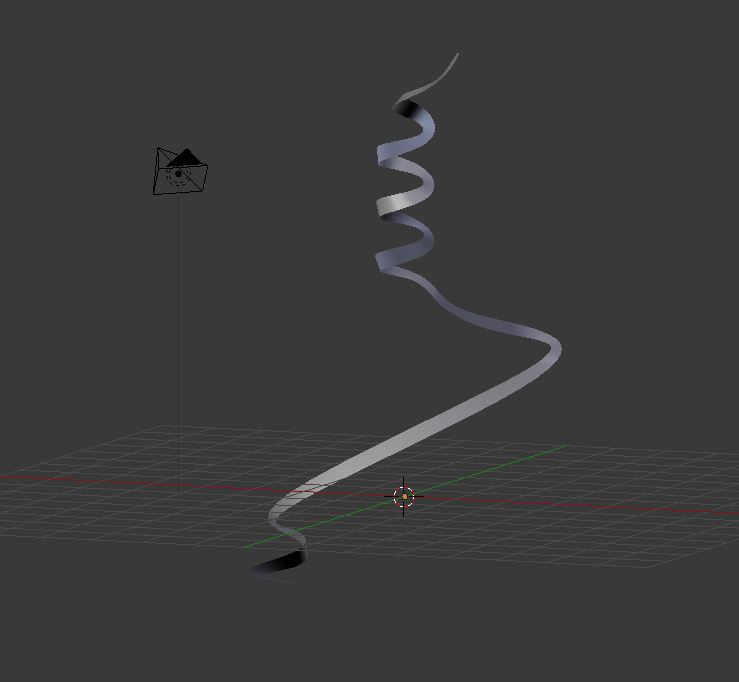 This is what I suggest: 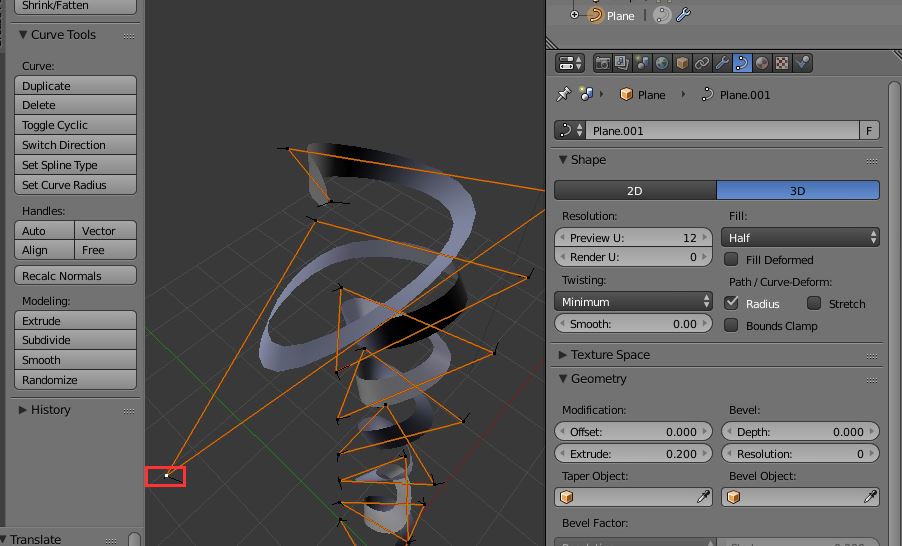 But if you need more points, you can always select 2 of them and "subdivide", and get more fancy ribbon shapes! 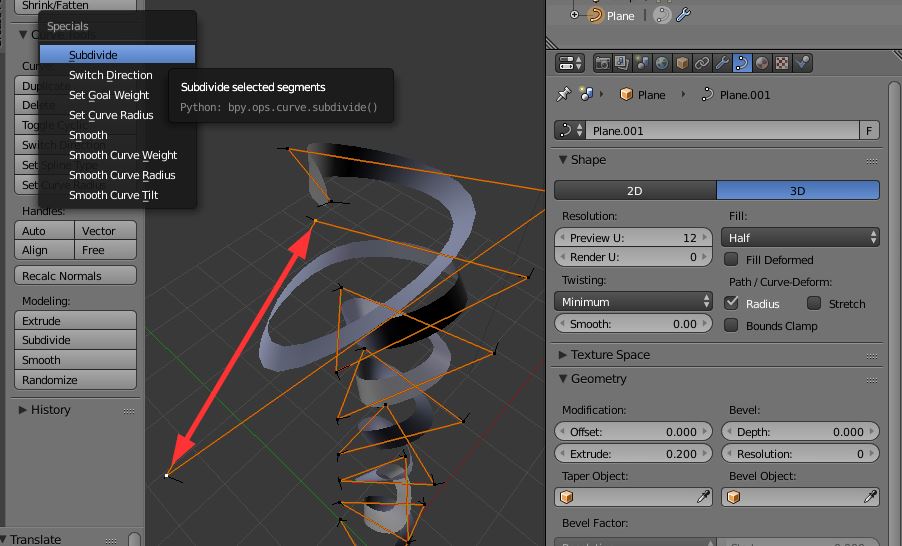 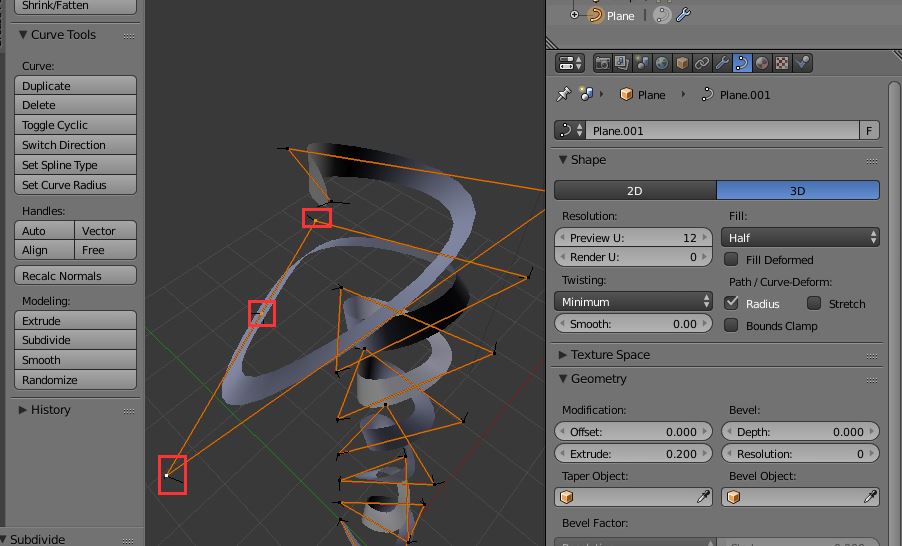 The easiest way to create a ribbon is to make a curve object and extruding it with the extrude slider in the curve panel. The balloon could be created by extruding a circle or using the spin tool. If you used the spin tool, the knot at the bottom would most likely have to be modeled separately.

8
Text on a balloon
3
How would I create a ribbon around a hat?
1
How do I make text that looks like it is made out of a ribbon?
1
Blender hair particles shape. Change to ribbon
2
How to create and design hoops net and attach ot to a hoop?
1
How to create a 'ribbon wrapped' sphere?
1
How to attach mesh object to another mesh
0
Making an hanging object with ribbon tape
1
Is there an Attach Option in Blender for Splines?