What I am trying to accomplish?

I am iterating over all nodes of one named material from the output node and going backwards and want to set all inputs.default_value to 0.

I use the Code from sambler on blender.stackoverflow to iterate.

Which scene am I using?

What output do I expect

The object to be black as the material has only two RGB inputs for the "Paint Color" as well as the "Specular Color" and both the volume as well as the displacement input should not matter.

What do I get 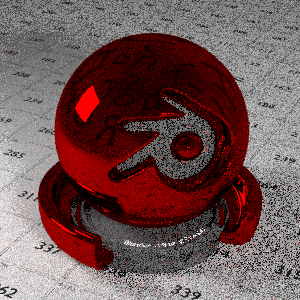 This is the image with all inputs.default_values set to 0. The red outer object should actually be black but it still has a huge red component as well as a strong reflection.

Some nodes like the RGB nodes have only outputs and they have to be processed as well if one wants to controll all possible inputs using the API. Also some nodes could have additional variables like "operation" mode or "use_clamp" in the Multiply node. 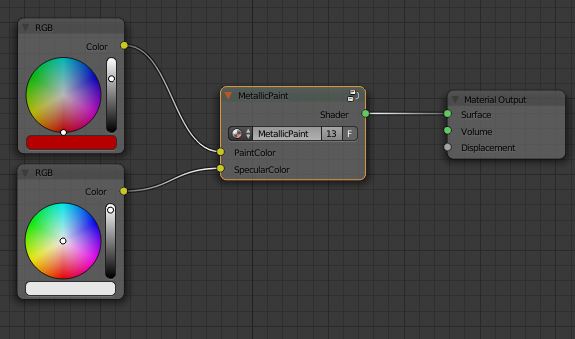 To gain complete control it is necessary to look at inputs as well as outputs. In the node setup above the RGB nodes are the main expected user input/control. These nodes do not have any input-(sockets) only one output(-socket). In the node editor this is obvious as the RGB node has no input socket. Working with the autocompletion in the blender python console does not reveal this information as easily. 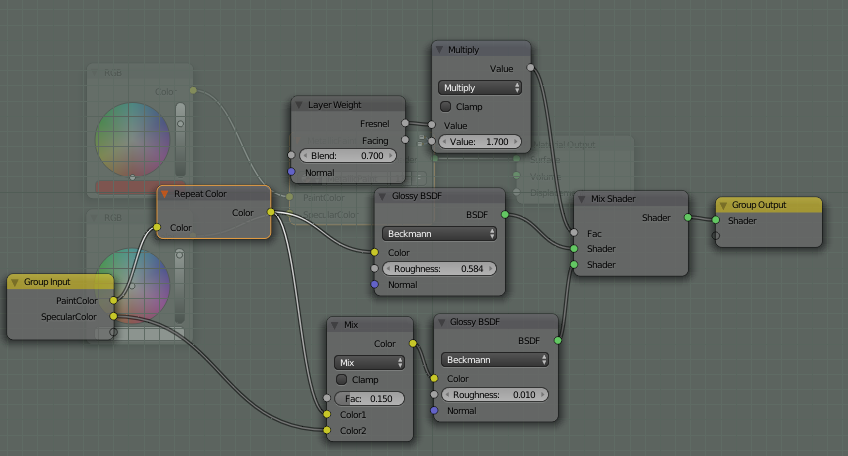 If we expand the metallic paint material in this blendswap scene by elbrujodealtribu we see that there are even more cases to consider. The Multiply node has also a boolean use_clamp this will require special treatment. The second value of the multiply node is not linked and therefore would require to be set while the first value of the Multiply node is linked and therefore does not require to be set. Therefore each type of node (node.type) will likely require special treatment

Not the answer you're looking for? Browse other questions tagged python cycles-render-engine materials node-editor or ask your own question.

6
Is it possible to find the nodes connected to a node in python?