Im trying to create a cyclinder with the bottom and top rounded but when i use the Sub divison modifier it leaves these creases at both ends and if i use a loop cut to smooth it out it makes the object to flat at both ends and not rounded how can i fix this? 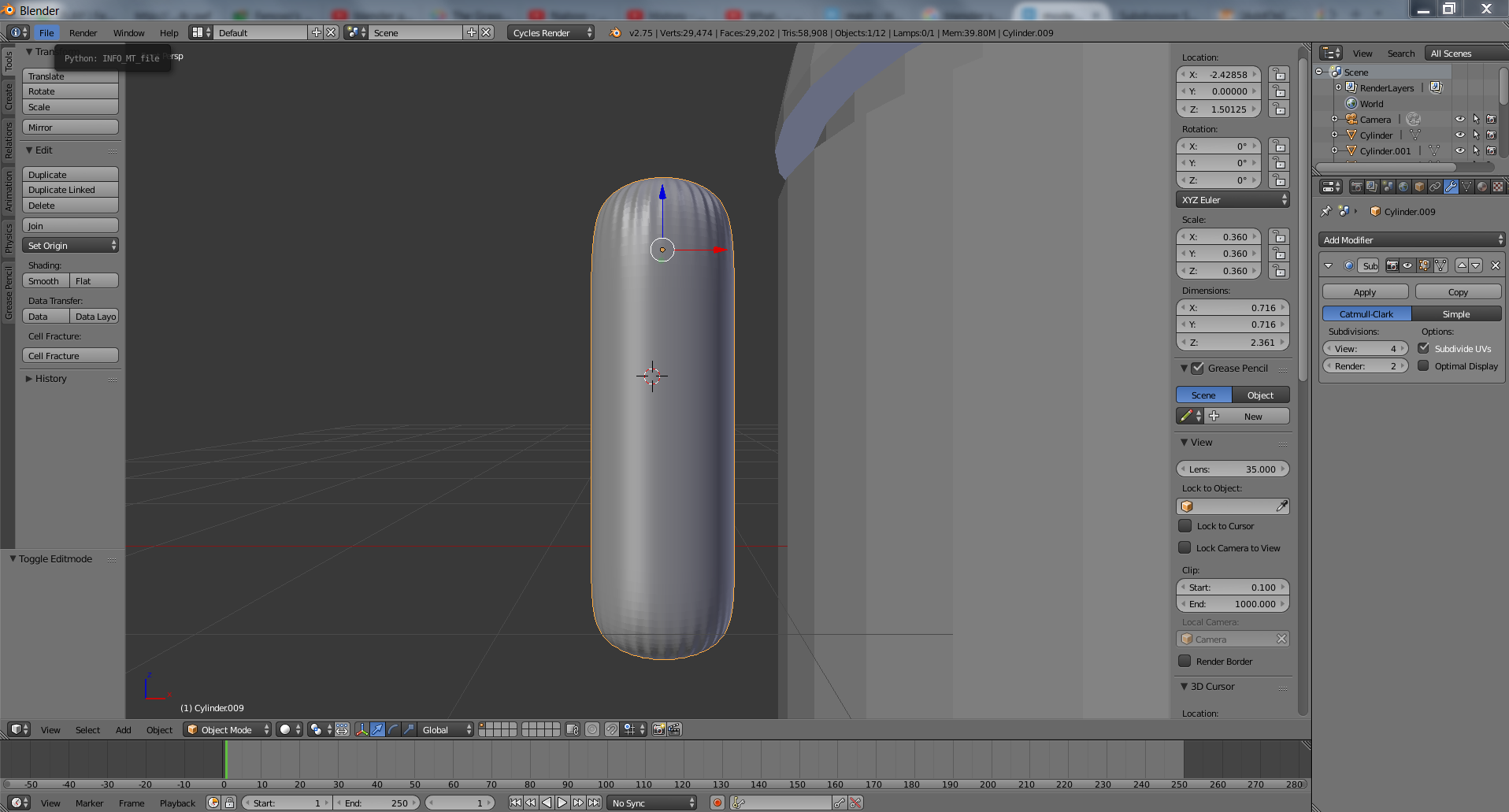 Those ugly creases are caused by the n-gon cap. The Subsurf modifier works best with quads and doesn't work well at all with n-gons.

Here are two alternate methods of filling the cap which produce quads, and thus much better subdivision modeling. 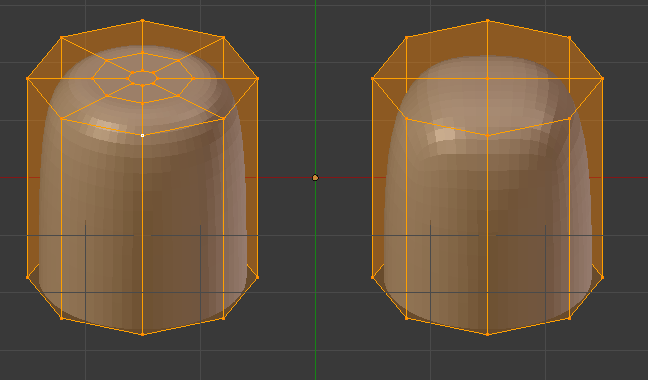 71
How to smooth shade an object while retaining hard edges?

1
Removing all points below an objects surface
1
How to make vertices level with a diagonal edge?
0
Blender Guru Anvil Tutorial Base Problem
1
How do I get more control with Displace modifier mesh and subdivision surface?
1
Create a smooth, well rounded aircraft nose (with a low poly constraint)