How do I Start in the GameEngine or Blender?

When I am making a game do I start in the GameEngine or in the default Blender? The Book I am following seems to have left this detail out.

When you select "blender game", the blender GUI shows you only options that work (or are useful, like P key to start) in the game, but "blender game" shares many scene/objects properties with "blender render", since they were born together.

So, you can setup your file to "blender game", and never leave it, but you can also switch to "blender render" and still be able to edit things like world, lights, cameras, or materials. In "blender render" mode you get the "rendered" shading method, which is not available in game mode, if that helps you to setup the scene more easily (although the game mode could render it somewhat differently).

Some property is only shown in "bender game", though, like the alpha blend setting, although this setting also acts in the viewport visualization also in other modes like "blender render". 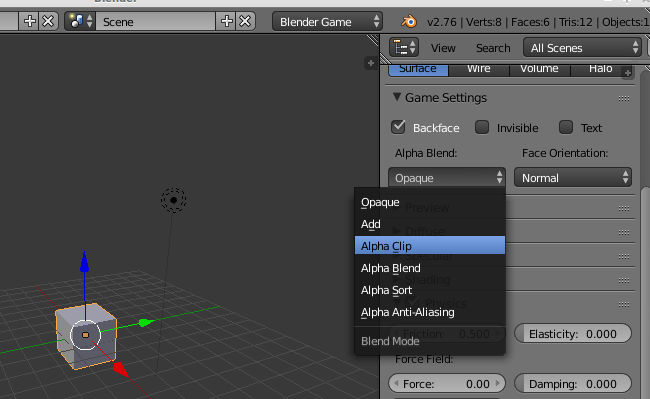 I suggest to stay in game mode, although switching to the other will not destroy your game: it is just that each mode has its own controls/commands (or different versions, like physics) while shares some (many) others with the other modes.

I guess you have not made a standalone game yet. So you open blender. And in the top bar, you change the Blender Render option to Blender Game.

Then you can go on. When you are do what you want, press P while the mouse cursor is in the Blender 3D View Editor to get a grasp of how your game is working. 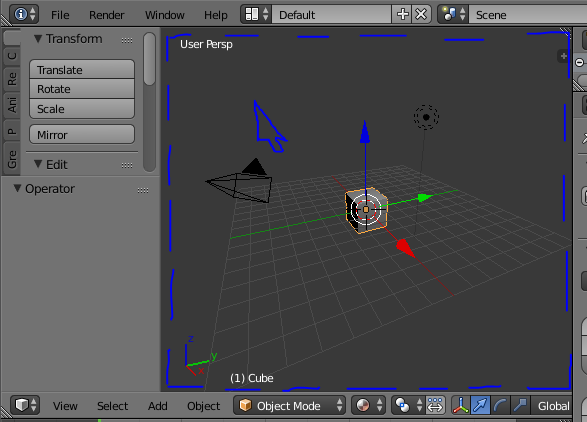