How could I render part of my image at a higher amount of samples then the rest in Blender using Cycles Renderer?

What I want to do is render a certain portion of the image at a higher amount of samples (400) than the rest of the image (200). Is this possible in blender?

I know that there are multiple questions regarding only rendering one square of the image, however I am not sure how to render the border only?

There are two ways to do this.

1. Two Pass Render and Combine
One way is to render the whole image at 200 and then render just the selected area using border render to render the 400 sample area, and then combine them with the compositor or an image editor.

Pros: Good for small areas of an object, or large swaths of the scene involving multiple objects. Cons: requires extra rendering to a small degree. 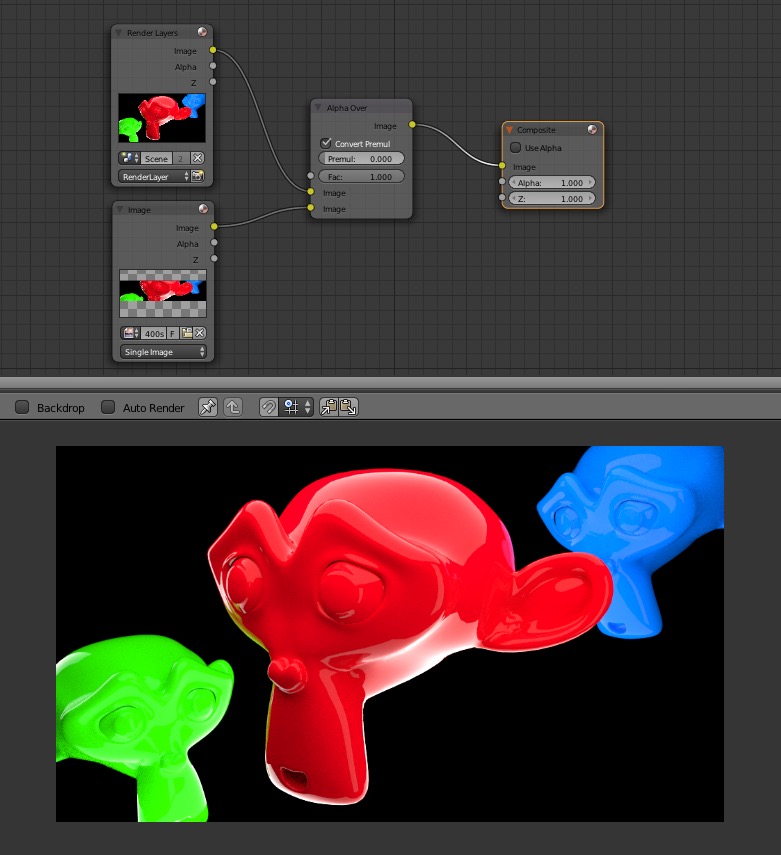 2. Use Render Layers to Set Different Sample Levels
The second solution, which would allow you to do it in one task would be to use render layers. If the objects that require 400 samples can be separated onto a different render layer than the rest of the scene, you can set a different sample amount per render layer.

Pros: Gives you more fine-tuned control over sample levels on an object level. Not limited to rectangular selections. Cons: Can't render different portions of one object with different sample levels. 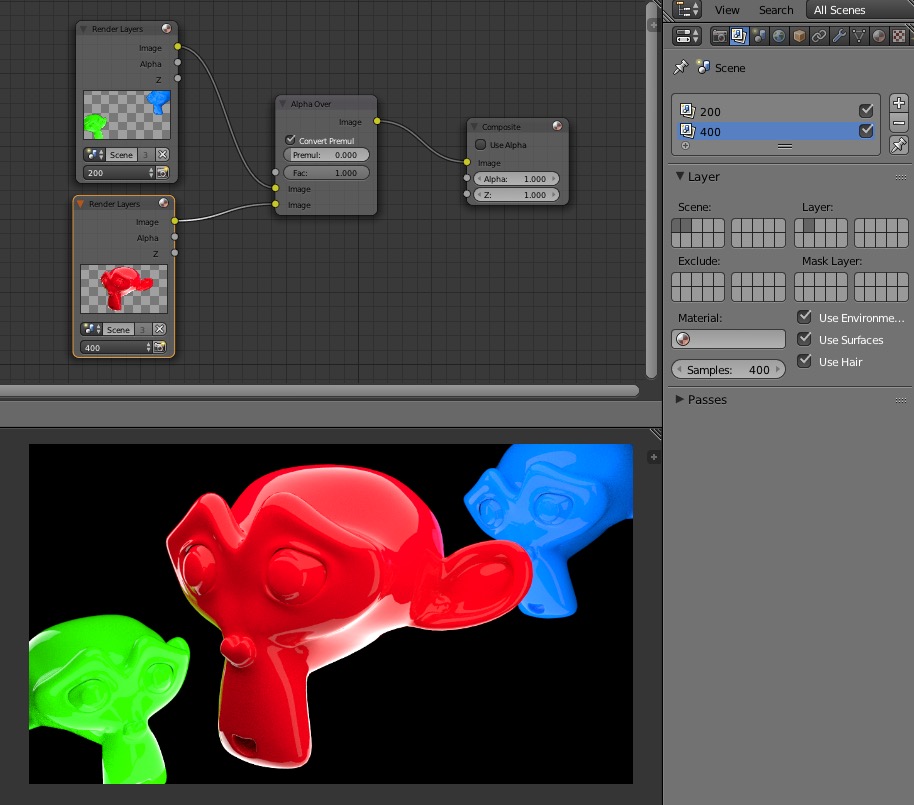 2b. Advanced Example
Here is an answer that extends the render layer answer above. It is more specific to your blend file and allows the rendering of the text and text shadows at the higher resolution.

The main idea is to separate all the items plus a shadow catcher plane across 4 render layers. This way you can set the sample amount for each layer.

Here's the final comp plus the separate rendered layers:

Here's the Render Layer set up:

Here's the composite node tree to combine the layers. Please note that I used the Shadow pass of the shadow plane, not the combined layer.

3
Render subsection, produce full resolution image
1
Improving AA in Cycles / Removing jaggies
3
How can I separate my scene into render layers to render my animation faster in Cycles?
3
Render only a certain part of a frame, reuse the rest of the frame from the frame rendered before
1
Render and saving image progressively by adding samples
0
Why cycles engine renders in how many samples it wants, not how many i give it?
2
How do I render only part of an image via the command line?