a newbie question that has probably been answered before, but I couldn't find a definitive answer:

I'm trying to render a simple glass container with some dark liquid in it, but I'm getting weird "seams" on the round edge of the container in rendered image. It's as if the normals are somehow miscalculated and causing the refractions to render incorrectly. This should not be the case, as I have recalculated the normals for the outside, as you can see from the image. I used the Solidify modifier to get the container, original mesh only had single faces for all the sides (and the rounded end) minus the top face, no other modifiers used. The liquid is a separate object that I created by copying the inside of container.

So, what's causing those seams to appear and what can I do to get rid of them?

The problem, circled with red: 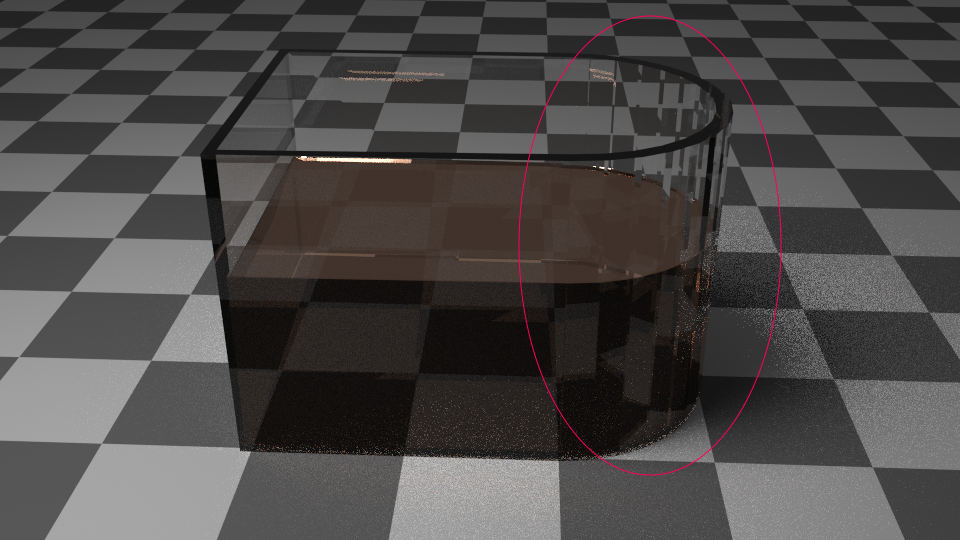 A view from my editor, as you can see, normals seem to be OK: 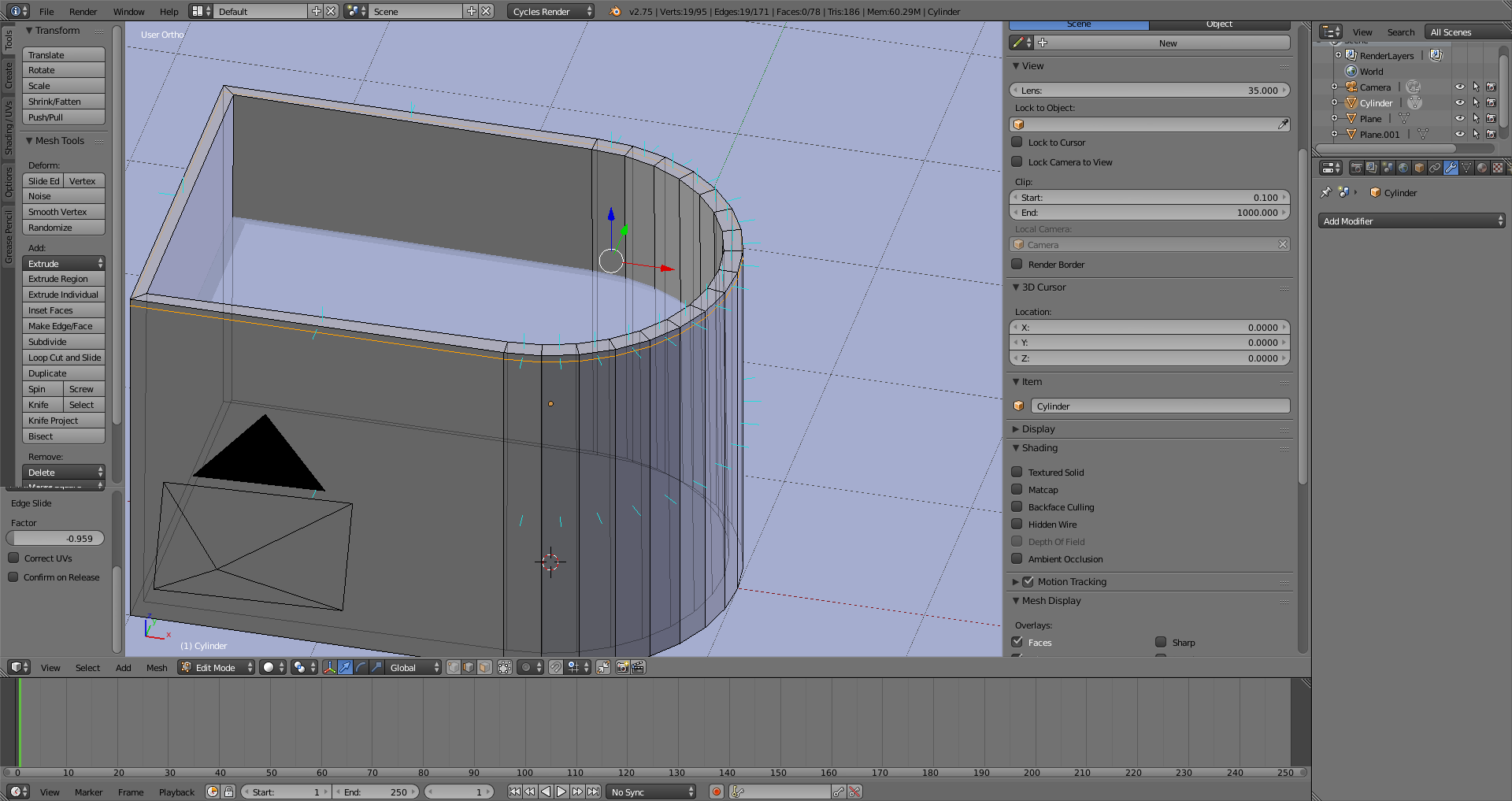 I think you simply forgot to turn on smooth shading. See these examples (looks very similar to your issue): 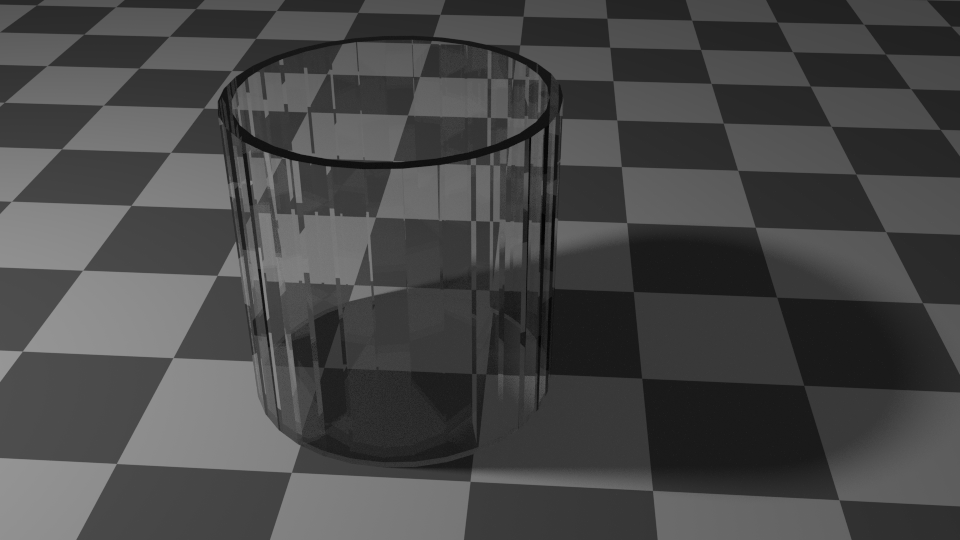 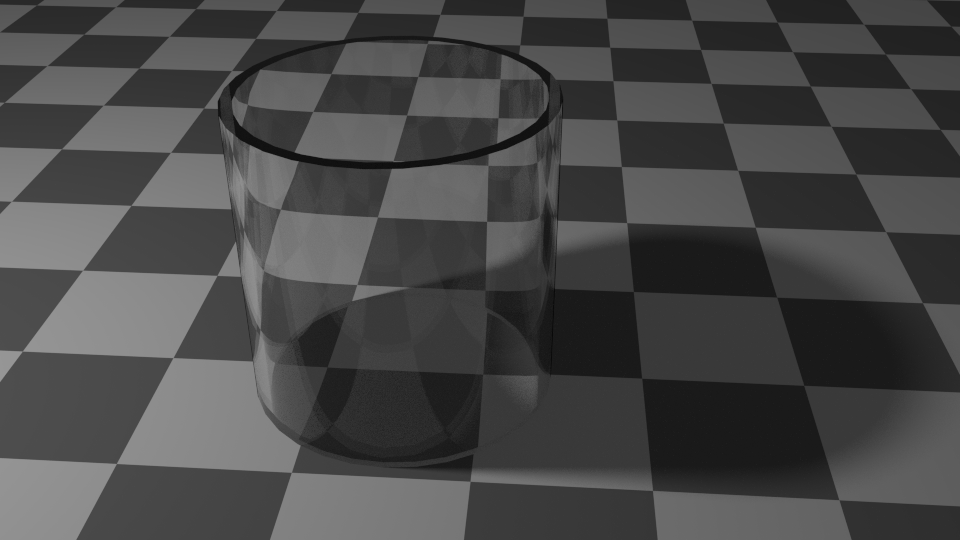 4
During a Cycles render an object behind glass looks striped