I'm trying to achieve a stylized ink wash or watercolor effect where the image ground remains visible. Since freestyle generates such energetic lines, I want to use them to mask my render during compositing, defining the areas where the ground will show through. So far I haven't had much success.

With the node set-up below, I'm able to apply transparent lines to my image by inverting the alpha of my freestyle render layer before combining my render layers with an "alpha over" node. Unfortunately, flipping the alpha blocks out all areas of the image that aren't freestyle lines. I'm sure I'm missing an obvious step, but so far I haven't been able to figure it out. Does anyone know what I should do? 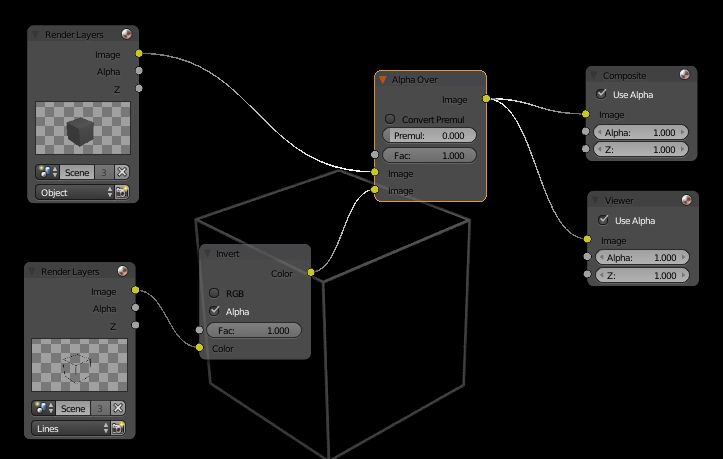 An ID Mask seems like it would be just about perfect, but as far as I can tell, it's not possible to create one for freestyle lines.

You may use the Set alpha node to mask the render result with the parts where the freestyles lines are by picking the freestyle layer alpha cannel. 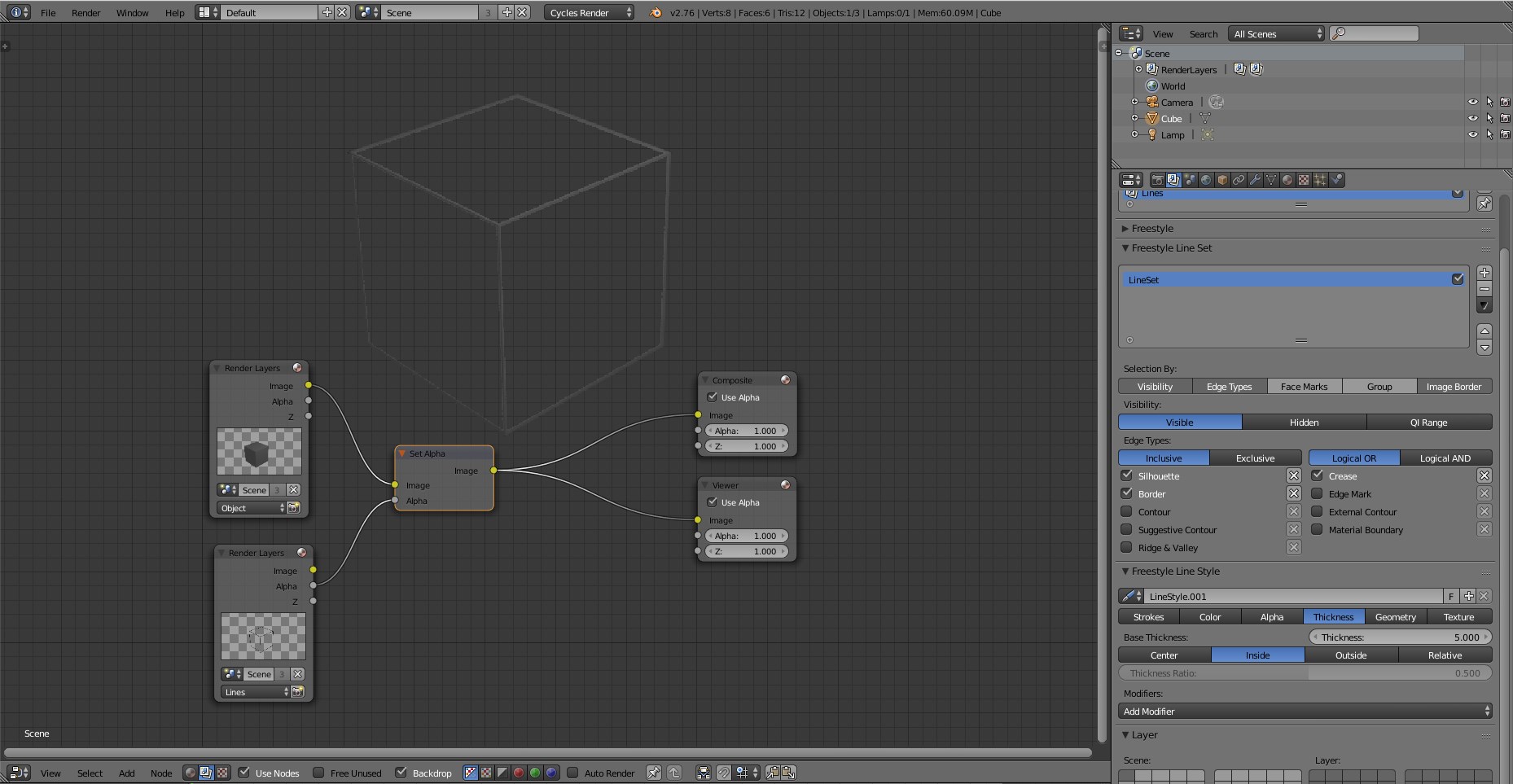 Notice that I also switch the Base Thickness mode from Center to Inside (see the panel on the right) to be sure to always mask parts that are actually rendered geometry and not background.

With higher values of thickness you may have some problems with the cap in the angles. I would suggest to multiply the two incoming alpha to create a mask capable of cutting them away (Multiply Math node runs the same operation of a Logic AND): 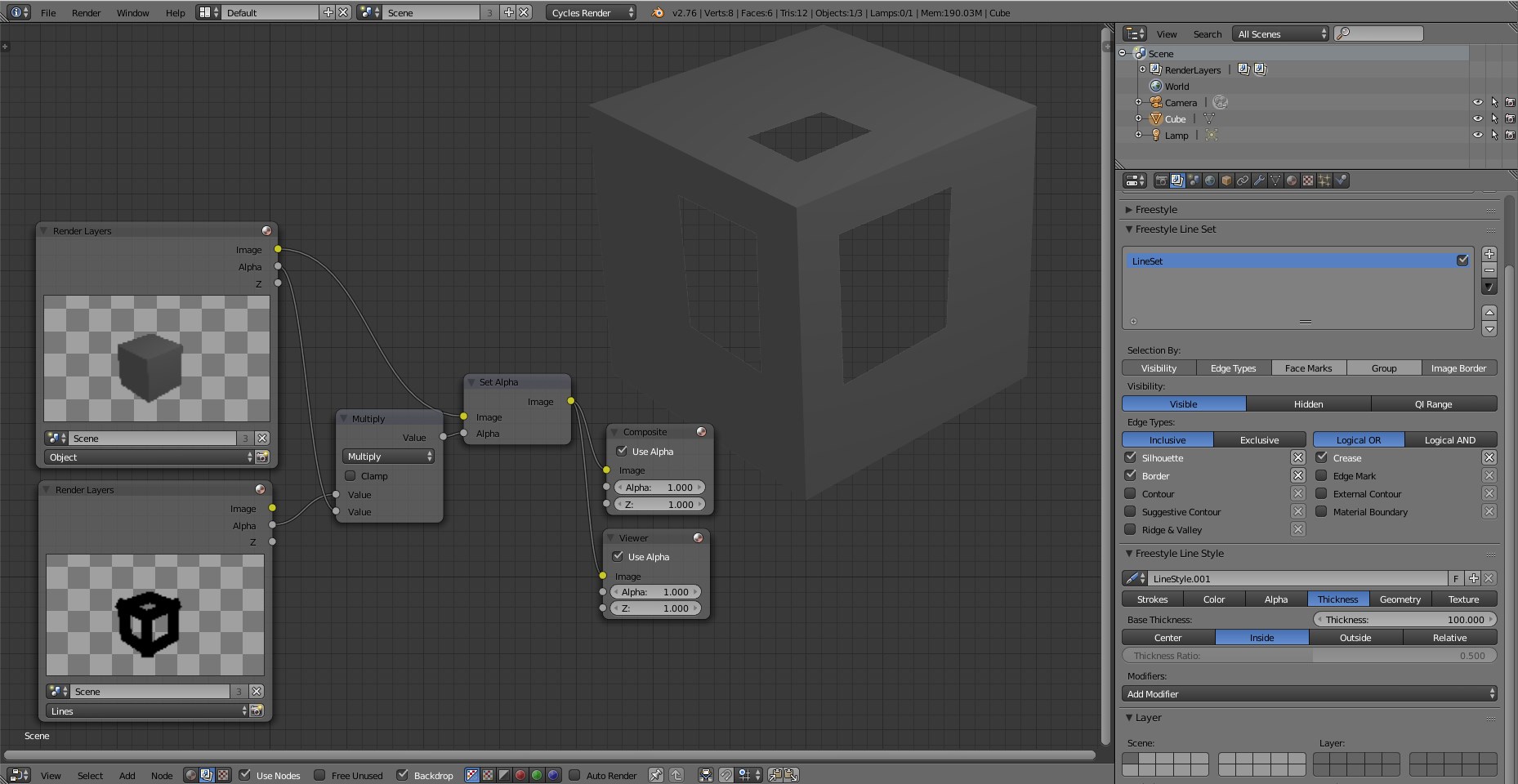 Now that we've "mastered" the alpha channel in a simpe way, we can Invert it's apha channel (check the RGB box to invert its values as if it was an image from the colr channel) to get a stencil look to the image: 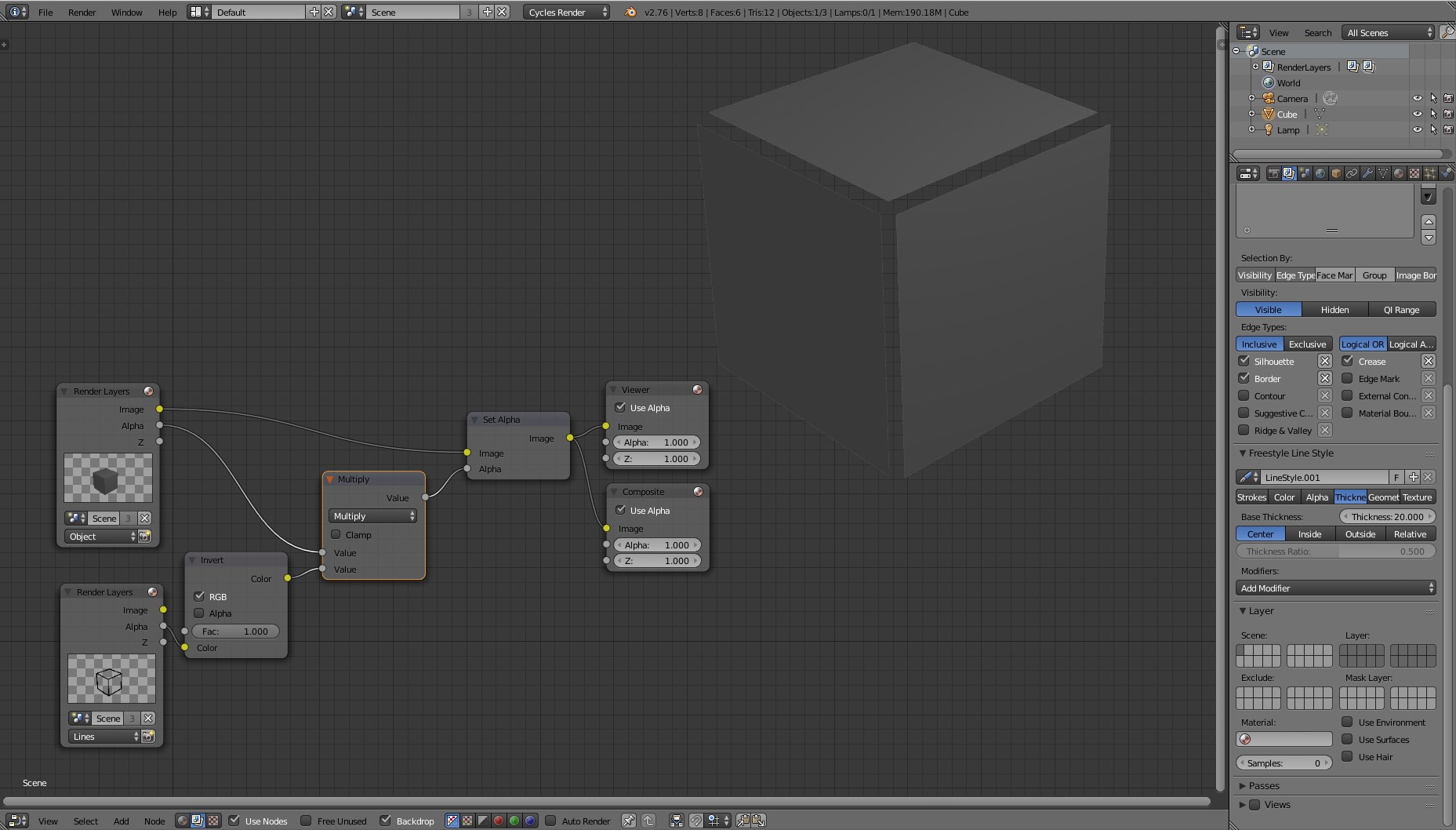 You can make the jiggled edges by using one (or a comobo of more) of the several modifiers available, for example a Noise for the Thinkness parameter: 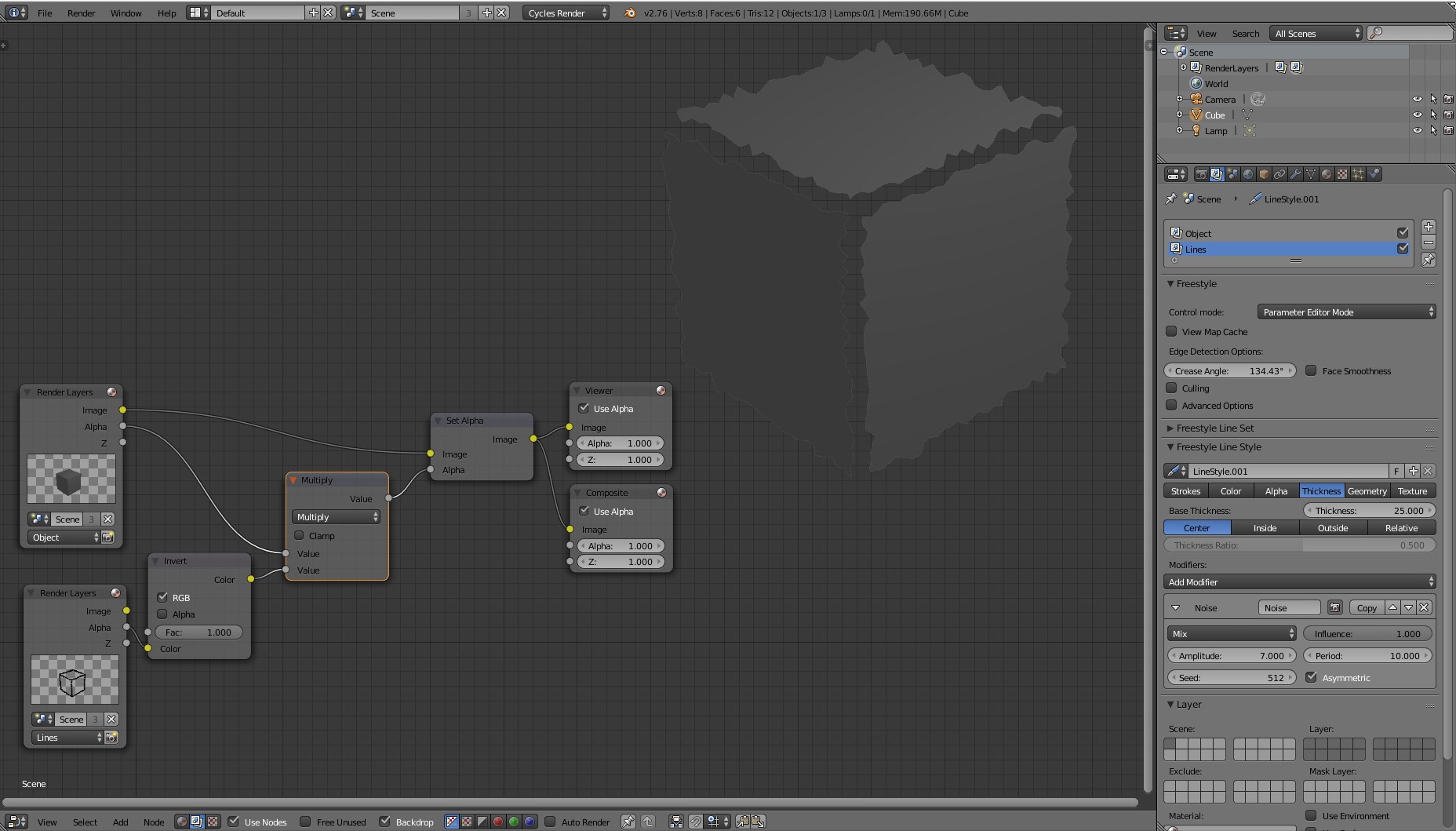 If you need to use the freestyle layer color to mask the rendered object, you'll need to set it of a different color from total black, or you won't be able to get its information without accessing the alpha channel anyway.

Not the answer you're looking for? Browse other questions tagged cycles-render-engine compositing-nodes masking freestyle or ask your own question.

3
Substitute for Multiply node?
2
Compositor altering images anti aliasing
0
Trouble replicating the animation where the colour only spreads onto a specific area
0
Dashed lines (made with Freestyle) are rendering inconsistently
18
How can I improve the realism of my pencil texture lines in freestyle?
3
During render can I render freestyle lines, then re-insert them back into the scene so other objects may interact with them during their rendering?
3
Some pixels doesn't render on the image ID MASK
0
Compositing: Can I have multiple masks in one composite?
2
UV mapping node in the compositor. Why can't I subtract some pixels from the alpha channel with a mask?