I concluded my final render for a project, which turned out pretty neat! Some time after that I went to check out the .blend file, and noticed that the subsurf modifier I was using was showing 3 subdivisions, but only rendering 2. With a palm to the face I realized where some of the sharp corners were coming from in my final render.

Anyway what I did was put the render subdivisions to 3 and make yet another final render (hopefully). I've let it render overnight and noticed that this new render was turning out much brighter than the one before it, which you can see here: 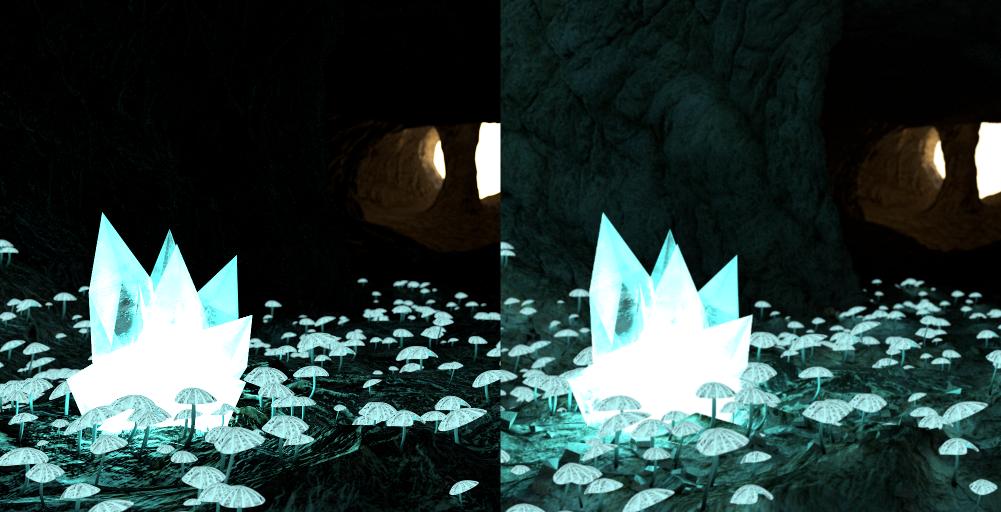 This isn't really that much of a problem, since I think I can fix it quickly, but I was just wondering if the subsurf subdivisions do normally affect the scene this way. Could it that the softer mesh reflects more light than the rougher? Is it just some setting I accidently set off? If you have any suggestions on ways to make the scene darker, I'd be gad if you'd share it here, since my own techniques are probably not the most effective...

Browse other questions tagged cycles-render-engine modifiers light or ask your own question.