Boolean on cycles rays, not on mesh

Given a scene with objects and light sources, I want to add a box somewhere in the scene that surrounds some objects and collisions with some others. A camera looks at the box from outside.

Now I would like that Cycles only shows stuff inside the box. The result is that the box will act like a slicing volume, not at the mesh level but at the ray level.

Is it possible to do this kind of boolean operation on the light ray with materials ?

Mask with "Coordinates from object"

You can make a pass-trough node that is able to mask with a transparent shader all the geometry outside box object. 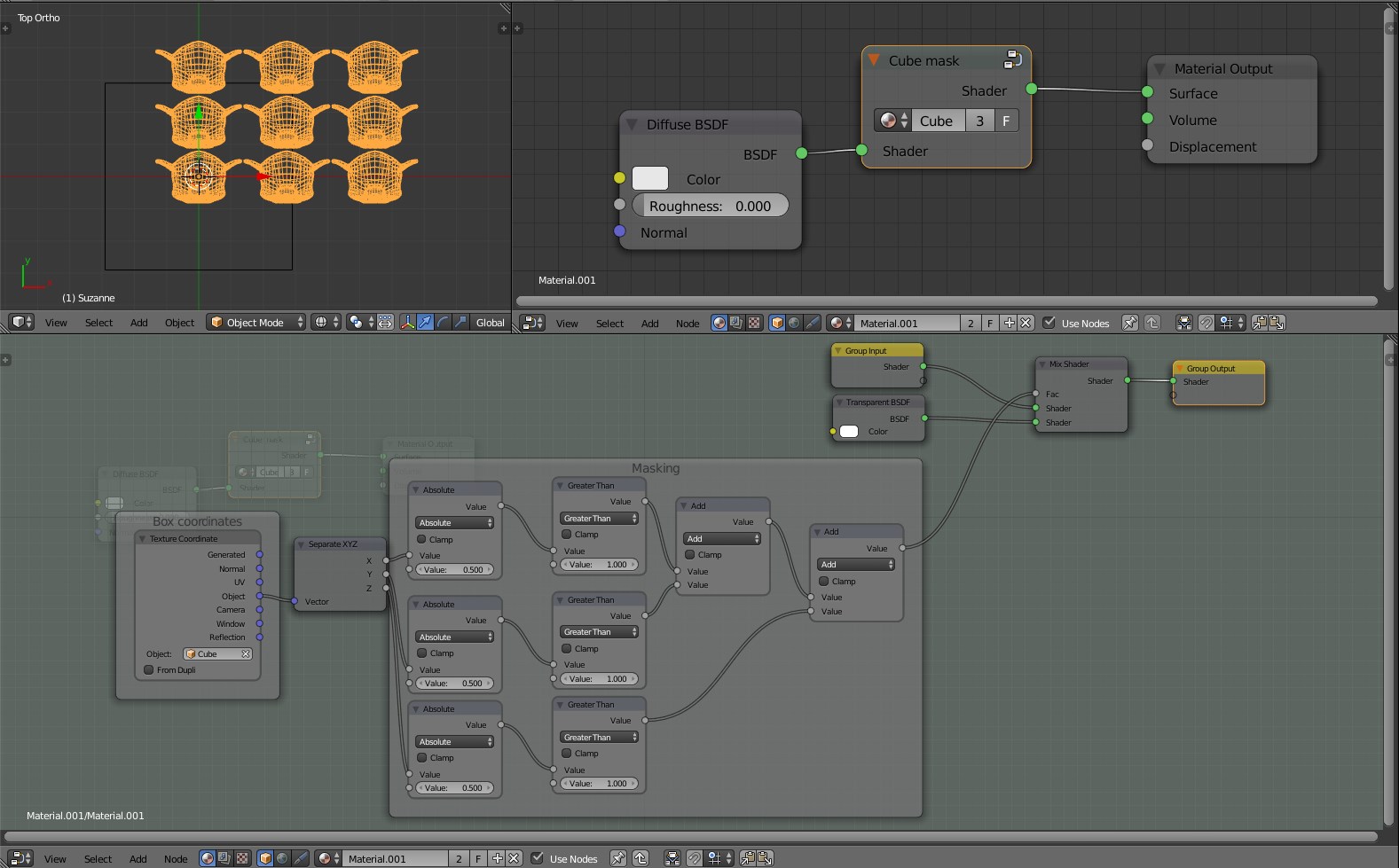 Basically you pick up the box coordinates, take the part outside the (-1,1) range (which actually depends on the box scale factors) of each components, sum all the contributes and assign to that a full-trasparent shader. The pass-trough masking node must be assigned to every material of the scene. 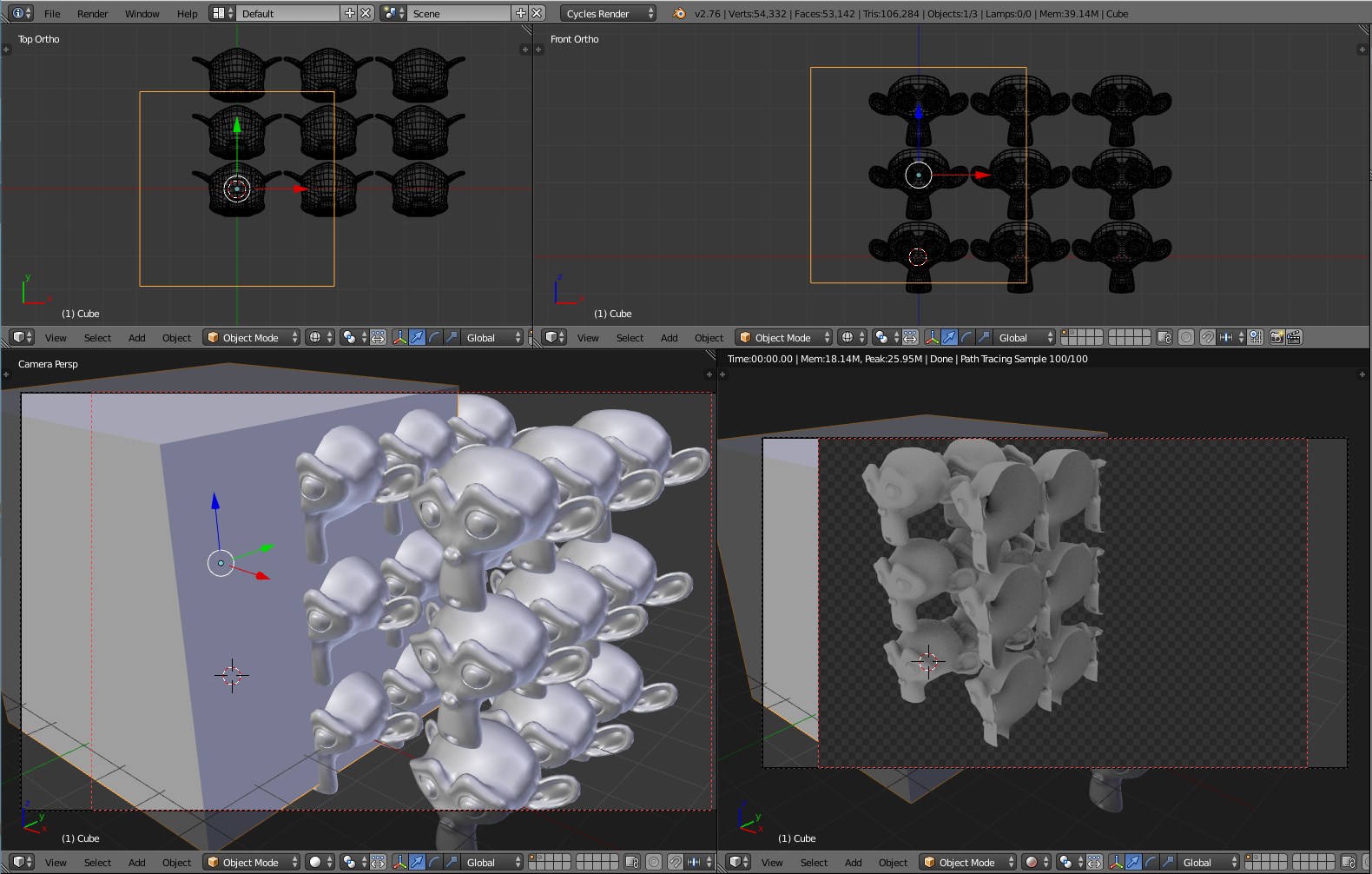 Notice that you can even scale the cube in different axis and it will still work as expected (never apply scale to the cube, or you'll lose this property).

The only limitation is that the proces is based on math, not geometry. The cube only help to better see the cutting boundaries, but there is not a true dependency (it would work even with an empty, what really matter are the object's coordinates and scale).

In this case the math behind the clamping is quite simple: it will consider only the object's bounding box. With some effort you should probably be able to build fror example a sphere/ellipsoid mask, a torus mask,... and even more complex shapes (you can sum the contributes of several individual masking objects).

If you would like to smooth out to the boundaries of the selection, just substitute the "Greather than" math node with a color ramp for each channel. 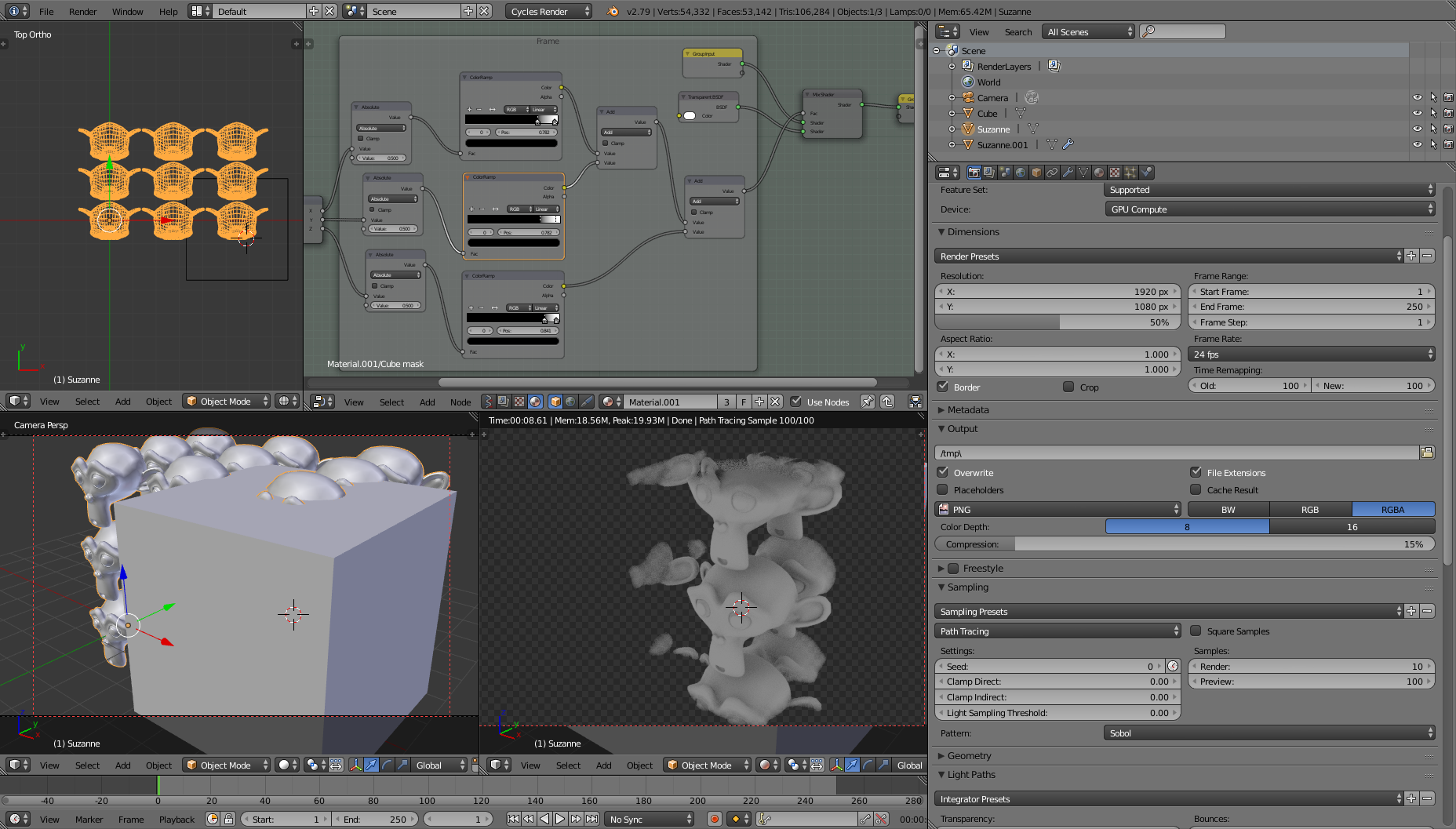 Almost infinite implementations could follow, as far as your math knowledge can support you

Here's another example with a spherical falloff: 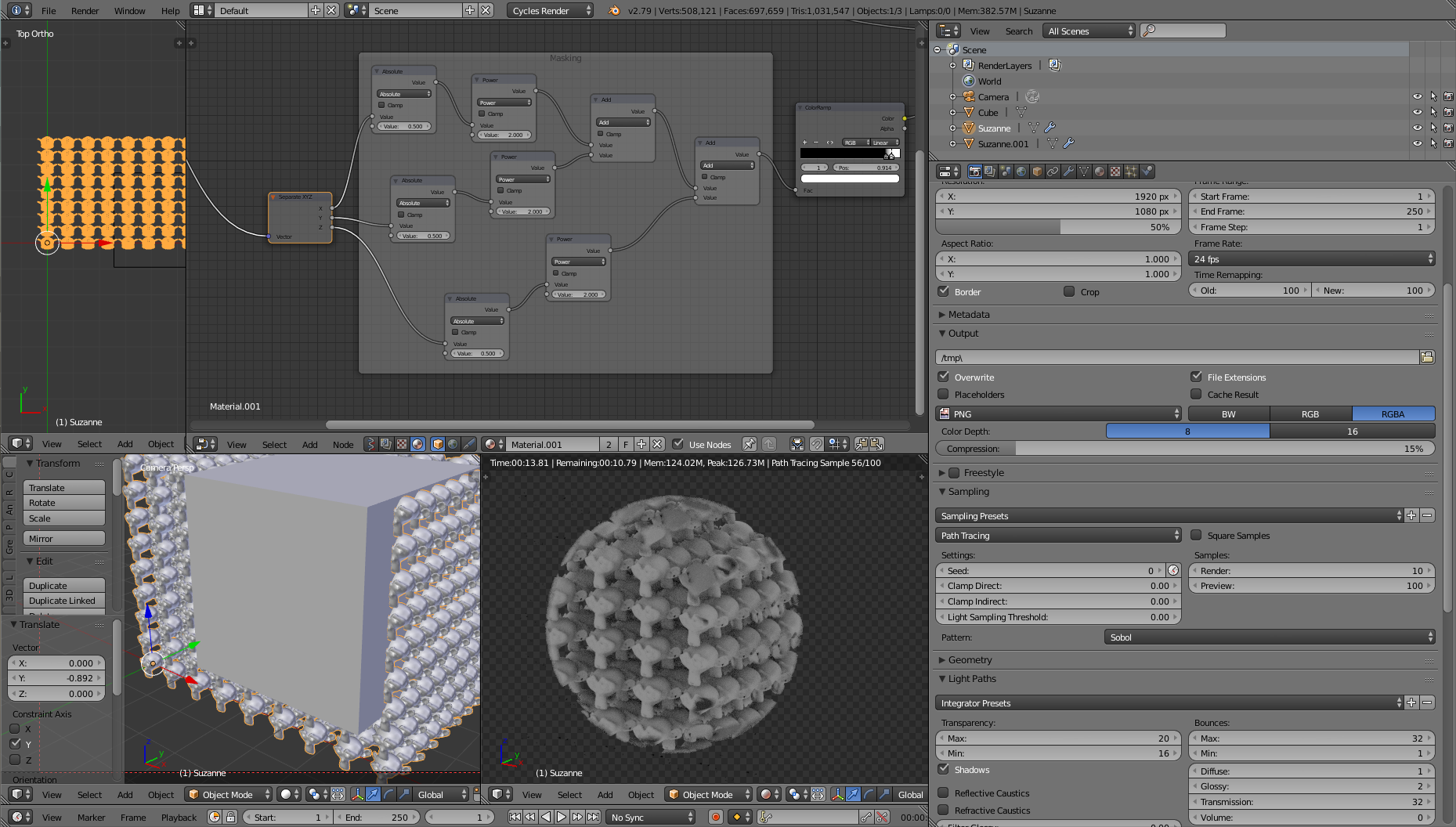 What you want is a box with black (= no) material - this blocks/culls rays. Anything that is outside (lamps etc) of this box cannot influence what is inside.

But you want it completely transparent for camera, because we don't want to cull rays coming into camera - we would see nothing from inside of the box:

And that's it. You just need to boolean all the scene's geometry with the box also, because we don't want to render anything outside the box.

Not the answer you're looking for? Browse other questions tagged cycles-render-engine modifiers rendering or ask your own question.

15
How can I easily animate cutaway views on multiple objects?
8
Fake Bool operation with OSL shader
3
Faster boolean cross section?
0
Is there anything like Arnold's Clip Geo in Cycles?