How do I stretch my heightmap over the whole plane?

My plane has the dimensions of 6000 x 6000 and I subdivided it so that each pixel should be the value of one rectangle. My heightmap comes with 200 x 200px resolution.

I imported the image as texture, set the 'color space' to 'linear' and the clipped it.

Now I added the modifier Displace but it only interprets the values on a little area in the middle of the plane.

How do I stretch my heightmap over the whole plane? 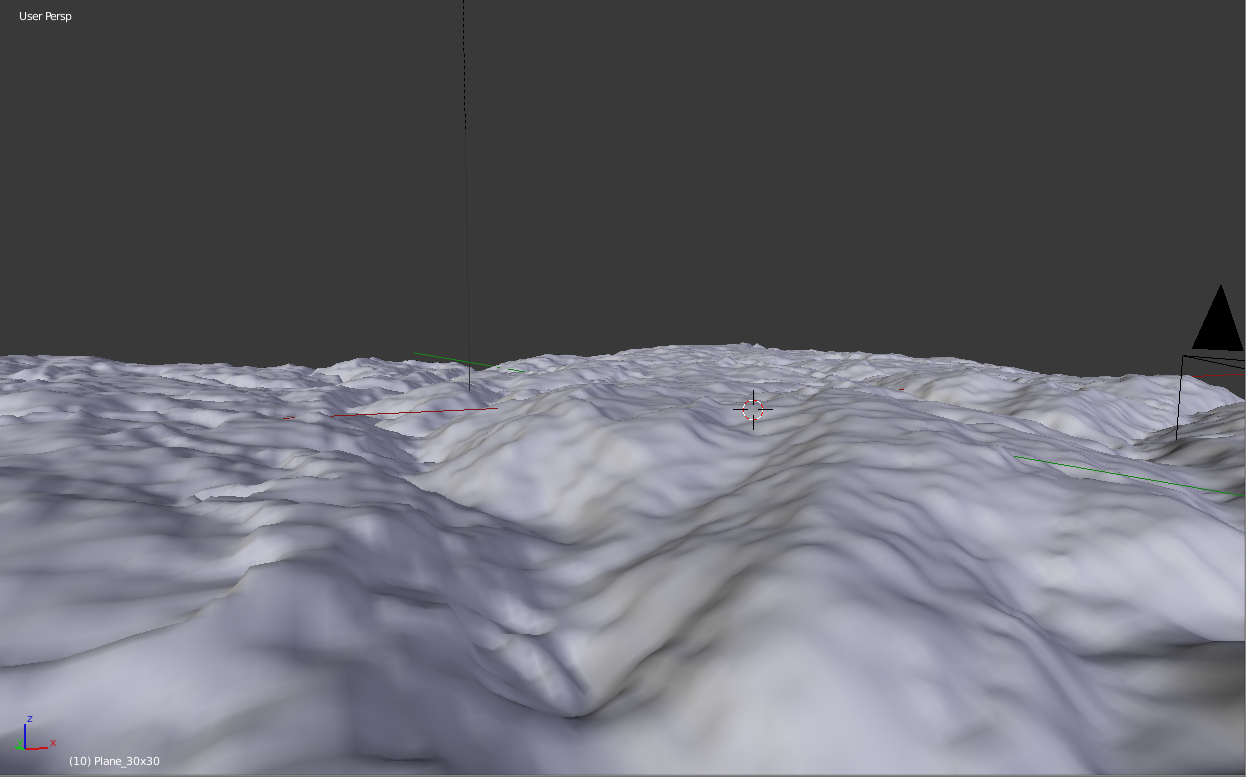 You can do this also by hand, but one easy way would be to use the import images as planes (included but not enabled by default), importing your "map".

You will get a plane with the same aspect ratio as your "map", of just 4 vertices, with the uv mapping already done. Just subdivide the plane 200 times (cuts, 6000/200=30), and apply displace modifier.

If using blender render, you can displace directly selecting the already imported "map" from the list. With cycles, the displace modifier only uses a texture, but there is a button (see image below) in the modifier to "show the texture in the texture tab" where you can set the texture to image, and select your "map".

then in the modifier set it to use "uv coordinates" 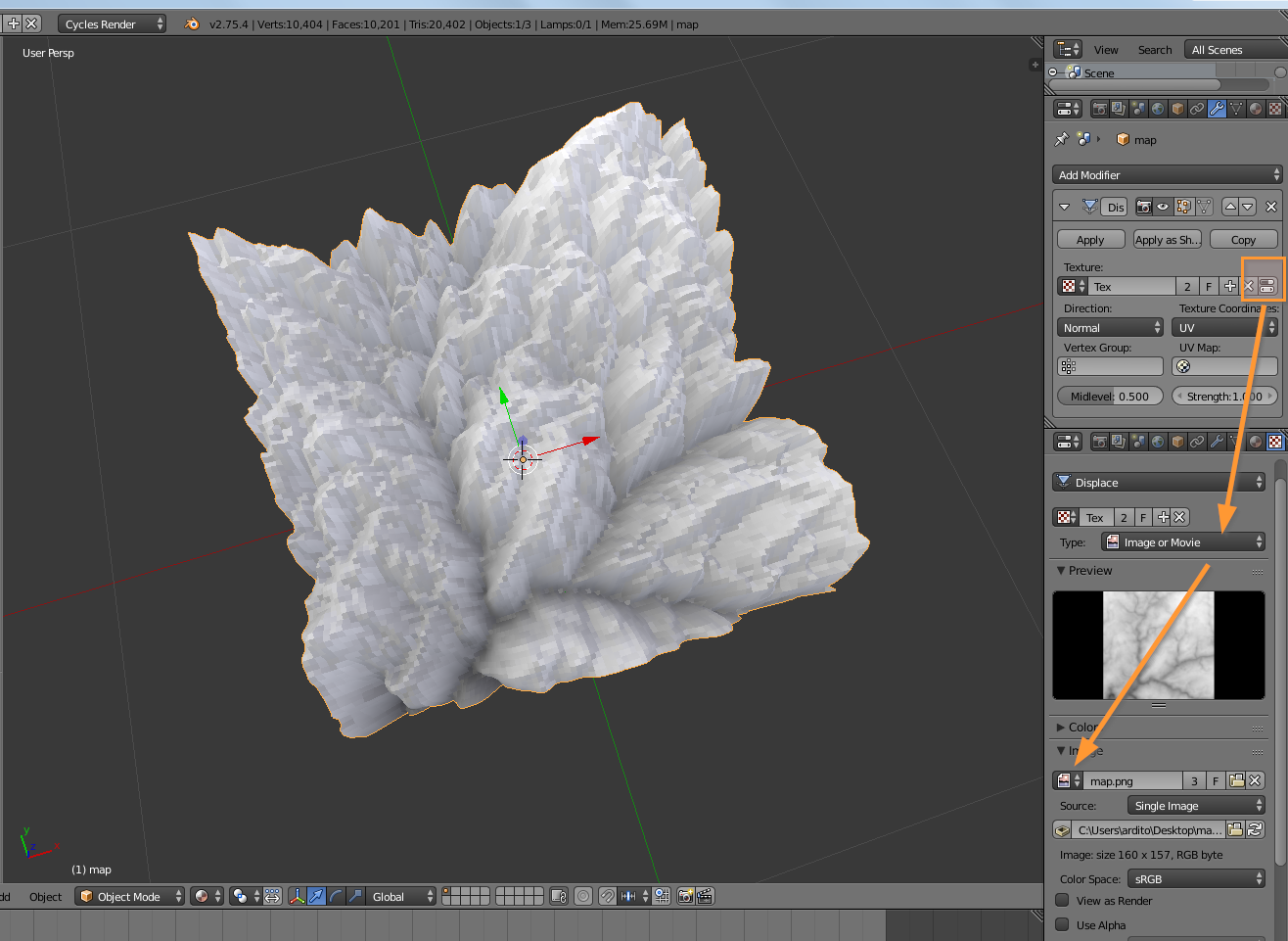 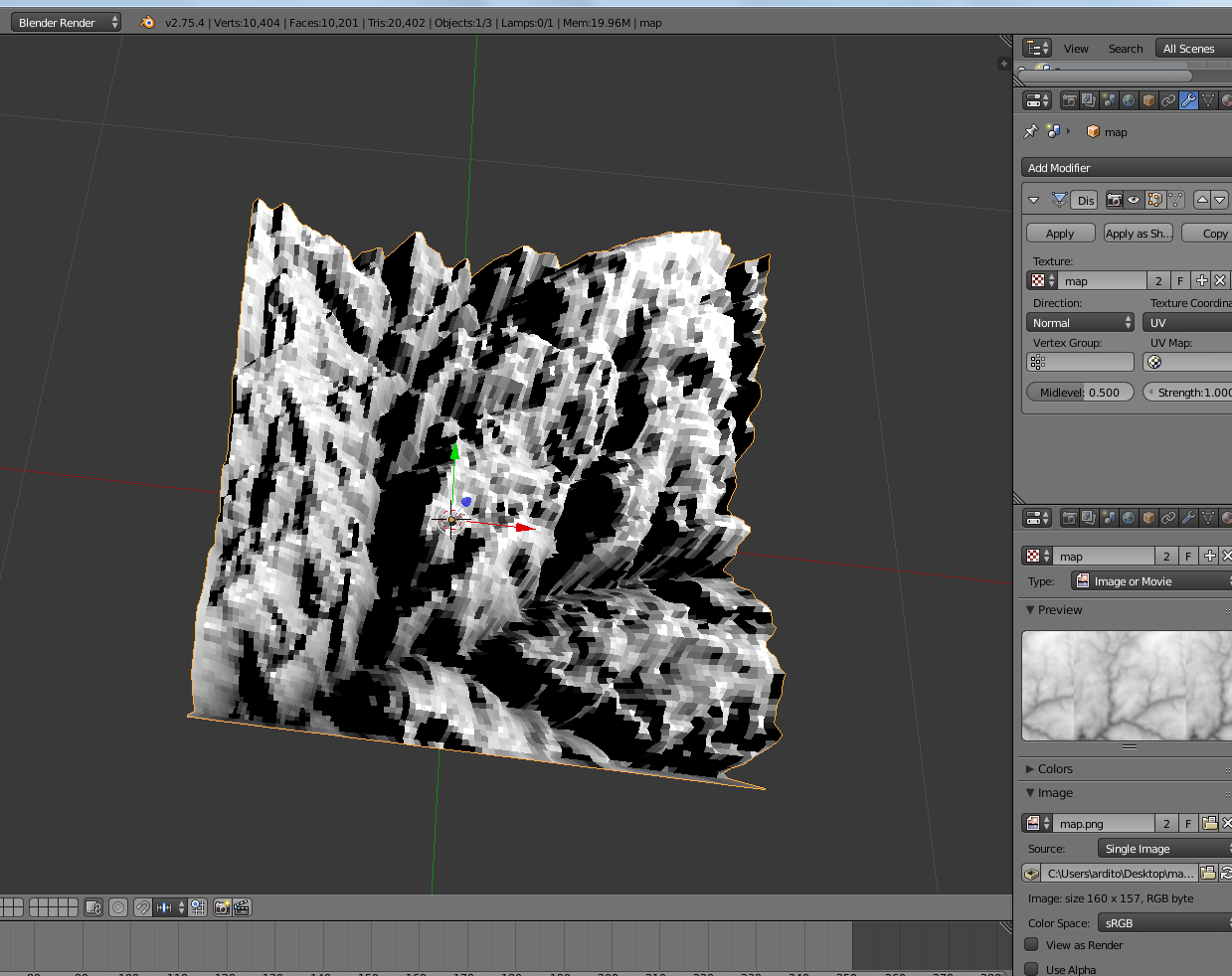 10
Smooth displaced mesh
0
How do you recommend I overlay textures on object 'Faces'
2
Deforming a plane over a topology
0
texture problem (going over the whole body)
1
How do I add thickness to my cardboard cut-out image-as-plane?
3
How to alternate red/green color for a line chart based on segment direction?