How to get an "extrude" modifier

I'm defining a shape that is a prism, i.e. it can be obtained by extruding a 2D shape along the Z axis.

How can I do this with a modifier, so that I only have to update the top (or bottom) shape, and not select both vertices each time I want to move a pair?

Here's my shape (which already has an array modifier with rotation): 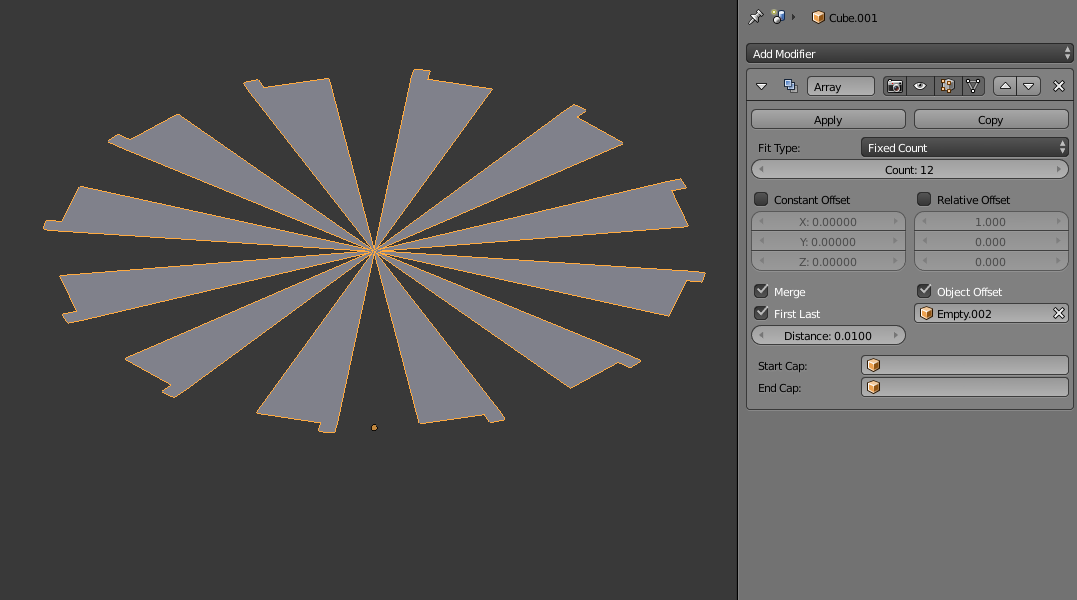 The closest to what I want is the "screw" modifier, with angle 0, but I can't set the number of steps to 1, the minimum seems to be 2. The resulting mesh has an extra extruded step in the middle, as can be seen below, which I'd rather avoid for performance reasons. 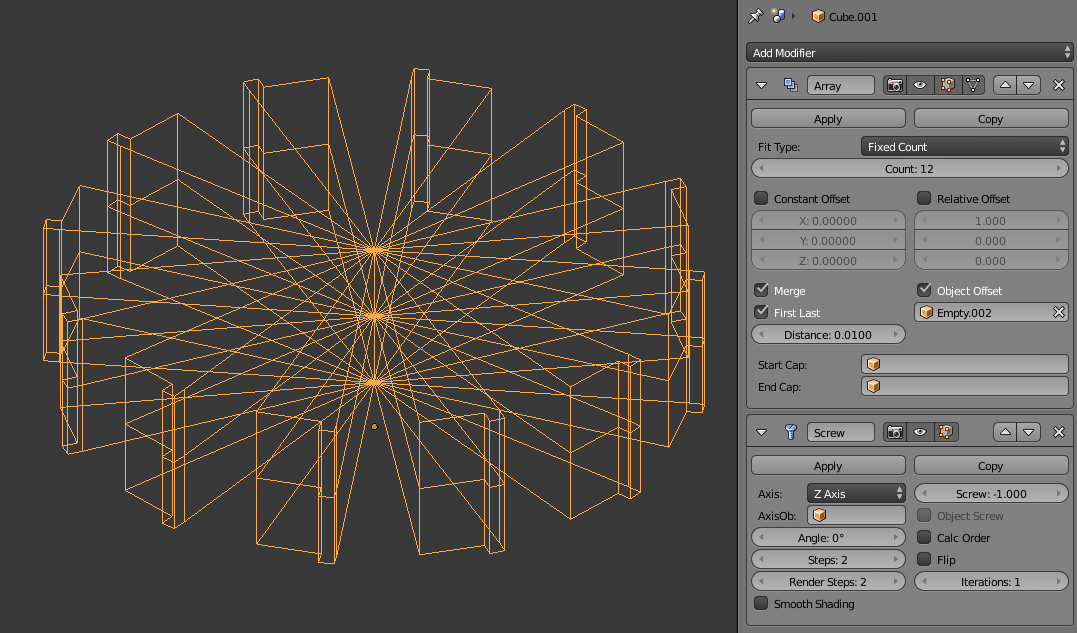 Is there any way to have some kind of "extrude modifier"? I tried the "screw modifier", which gives what I want, but with 2 extrude steps instead of one. I tried the "mirror modifier", but the two copies aren't connected (no vertical edges and faces).

Note that I want this to be a modifier, so that I only have one real vertex for each top+bottom pair. Otherwise I can just extrude and move along the Z axis, but then editing further the shape is a pain.

The closest modifier to what you seek is the Solidify Modifier. One reason it's not called the Extrude Modifier is because it does a lot more than a simple extrude. For instance it can extrude in two directions simultaneously by using the Offset parameter.

Not the answer you're looking for? Browse other questions tagged modifiers screw-modifier or ask your own question.

1
How do I get the screw modifier to go around the Y axis for a 2d Trace
3
Single Transformation Modifier?
1
How do I keep the curve round when setting the threads farther apart?
1
How to scale without deforming / extend shape
1
How to create manifold threads on cylinder with non-destructive editing?
0
How to make a ball capped screw?
7
How to procedurally model a non-linear screw? / non linear modifier
4
How to fade screw modifier into cylinder without applying?
2
How to make all selected edges parallel to one axis?