How do I load an mp4 video with multiple audio tracks into blender?

I've recently started using OBS multiplatform to record game play. I currently have it set to record sounds on 2 different tracks. The first for system sounds (like gamesound, mumble, etc.) and the second to record the mic.

I am able to switch between tracks when I play the unedited video using VLC, but when I load the mp4 into blender, I only get track 1.

Did I do something wrong, or does blender vse not support multiple tracks? 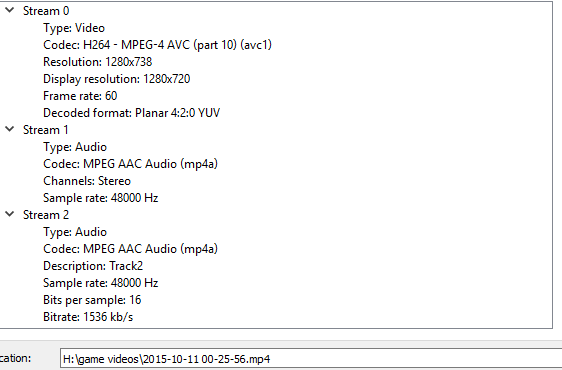 For now, it seems like the solution will be to use an external tool to get the second audio track and import it into blender afterwards. A bug report has been logged with the Blender bug reporting tool.

The bug report has been closed/archived with the gist being "not a bug". It has been added to the TODO list. If you are looking to have support for multiple audio tracks, I would suggest looking at other video editing software until Blender adds support for this feature.

Blender does not currently support the importing of multiple audio tracks that are encoded into video containers. It will typically import the first track, though I'm not certain. I recommend that you use a program like Davinci Resolve which is free to use and is much better suited for video editing and has a faster viewport for video editing. I was once in a similar situation like you with multiple tracks of audio when using OBS.

6
Why, despite matching FPS, does the audio not match the video in the rendered file?
4
Importing mp4 into blender
2
VSE tracks get shifted
1
Audio playback timing is inconsistent
2
How to add a new audio track to a video clip
0
VSE: Imported audio not in-sync with video after 10 minutes