So I am currently working on a snowboarder character and I would like him to do certain things. 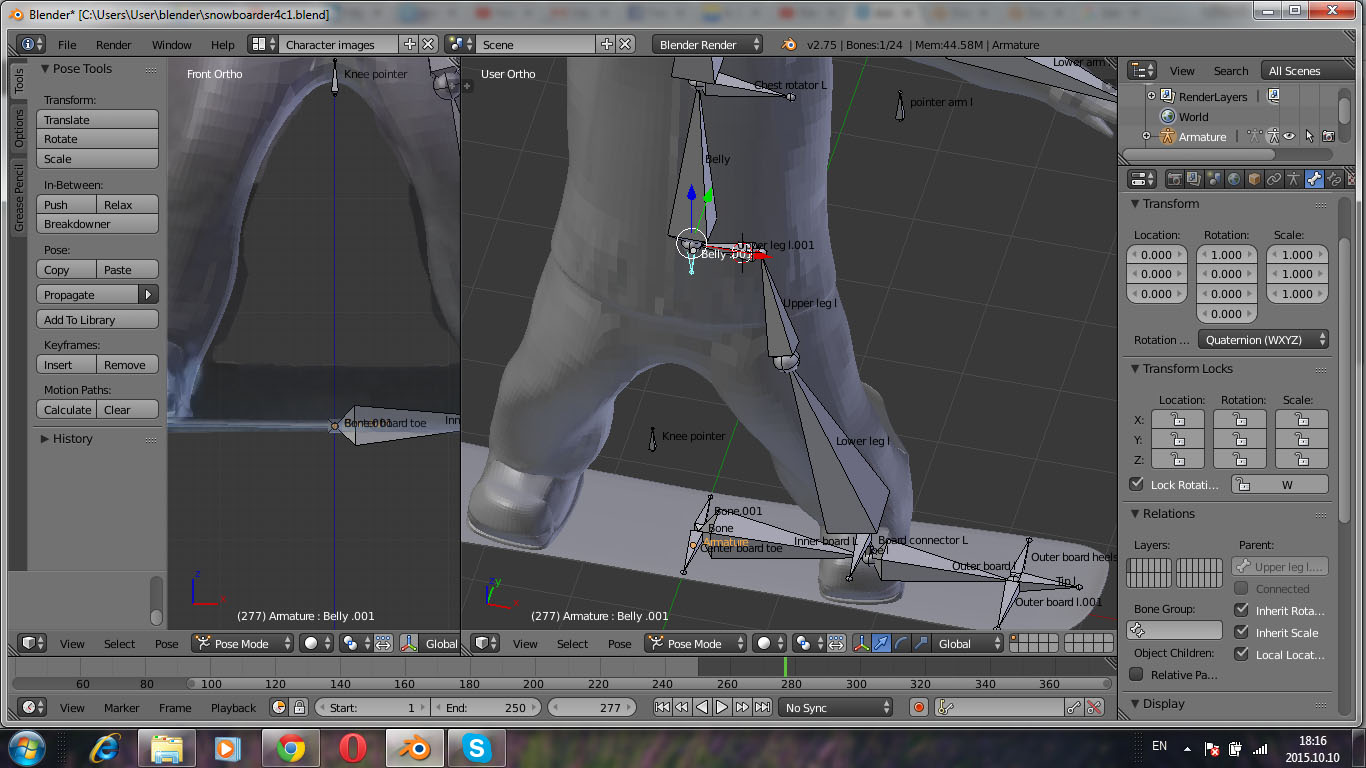 I've been playing around all day with different constraints but I just can't get the desired result. What I would like it to do is when the spine moves along x axis, first the leg gets extended (totally straight), then as it pulls the board - the board starts to bend. Also I need him to be able to rotate the whole lower body, without an upper body, and be able to do the same board flexing thing. How can I do that?

Update So I have been working with this armature, solved a few problems on the way, and new questions arose. The main one - is it possible in the "copy transform" constraint settings of the "board" bones limit "local space - local space" only to vertical axis, z in this case, and leave "world space" for x and y? So the board bones would be only flexible on the axis that a real board is flexible and I could easily apply rotations to the board? Or maybe I should look at this problem from different perspective and find some workarounds? Opinions appreciated. And thanks again to Italic_ for an awesome rig concept 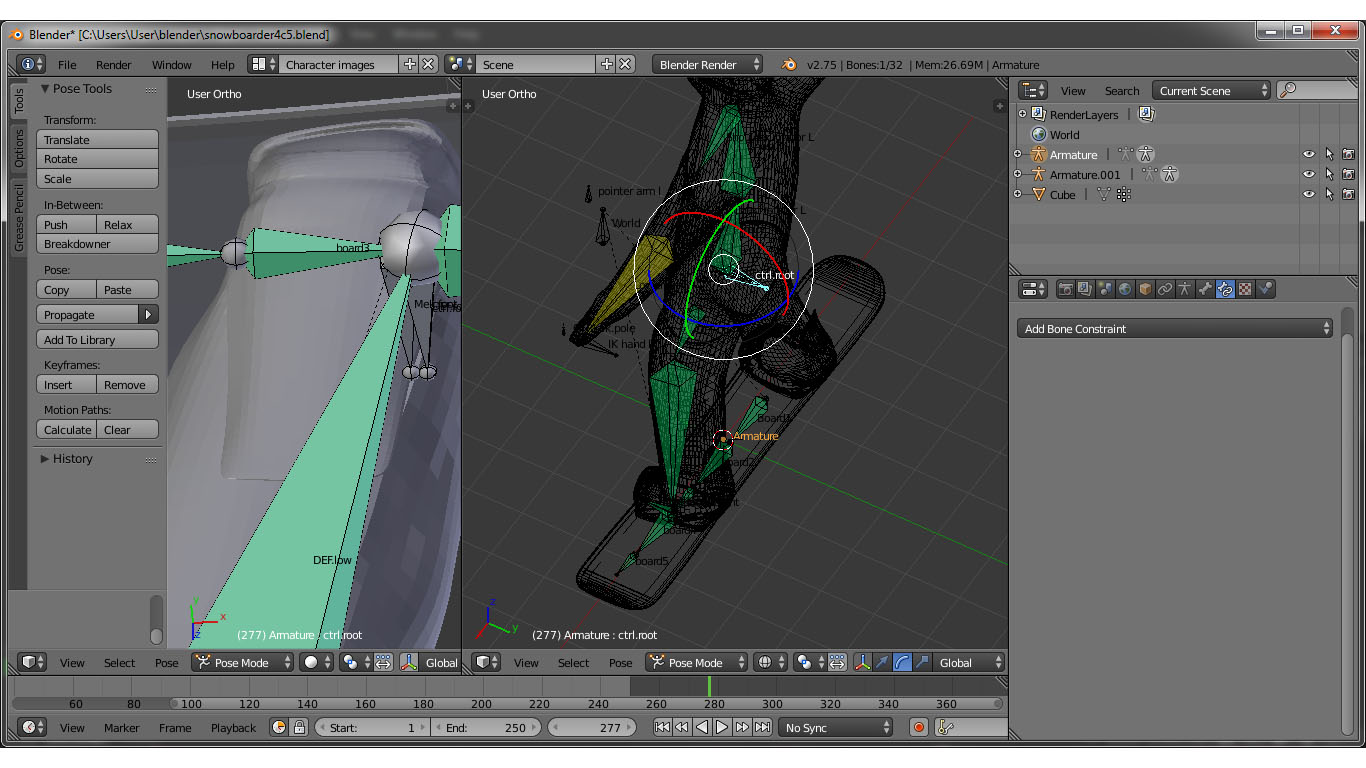 I took this as a challenge to build a rig, so you have my experiments. Essentially what I did was to cause the leg IK target to follow the end of the leg IK chain, then damped track the board to match the foot. It's not perfect, but that's because of technical reasons within the concepts of rigging, not a blender limitation or my own limitation.

I'm trusting that you know how to realistically animate a body. If you can, this rig will not be a big problem. The issue is that it's difficult to get the foot to stay planted on the board while also serving as the IK target (indirectly) because that will create a dependency cycle within the same armature, which the new depsgraph can't handle yet. If you animate the root properly, you can avoid this foot sliding quite naturally. In this example, you have only two controls to animate: the root and foot rotation (translation is determined by the IK chain).

I'm not sure how separate you want the lower and upper body because there are numerous ways of doing that. I simply put a hip bone and control under the root, which would be skinned to the hips of the character, and a spine also under the root. This way, the root controls the overall body, then hips and spine control their own respective body parts. If you need something more complex, like an IK spine, there are plenty of tutorials around that can describe those.

I think you'd be better off using a character animation technique over a constraints-based setup. Why not use something like Rigify to quickly animate the character, and then use a very simple rig to bend the board.

I first learned Rigify with this tutorial: Quick Rigging with Rigify

As for bending the board, simply make an armature along the board with as many segments as you want. Then, parent with automatic weight the board to the armature. If you want, you can set up an IK Chain to make the bending a bit more realistic.

Use the Action Editor to make actions for the board and the character, then put them together with the NLA Editor.

Not the answer you're looking for? Browse other questions tagged animation rigging armature constraints or ask your own question.

2
Bone local coordinate adjustment
1
Trouble connecting bones and finding the right orientation for a spine
0
Rigify Rig: What's moving the chest bone?
1
Unpredictable copy bone rotation
0
How do I make an armature skeleton?
3
How to fix horse spine?
0
How does bone roll affect the rig importing into Unity game engine if it does at all?