So I'm having some issues with GPU rendering particles. I'm new at this and have created a pretty big scene with a decent amount of particles and image textures. When it starts rendering it renders the cabin, but once it starts rendering the particles of the landscape my GPU usage goes crazy. About an hour into the render I get a CUDA error and the rendering stops. I looked it up and it's supposedly an error that the memory is all used up, but MSI Afterburner shows the VRAM as only about half used up. I updated Blender and my drivers today and haven't had a chance to see if I still get the error, but my GPU usage is still all wonky once the particles start to get rendered.

Here is an example I quickly put together. On the left is a pretty simple project rendered. The GPU usage fluctuates a bit, but no errors or anything. On the right is the big project. You can see at the beginning it is just rendering the cabin and it's obvious when the particles start to be rendered because of the crazy GPU fluctuation. 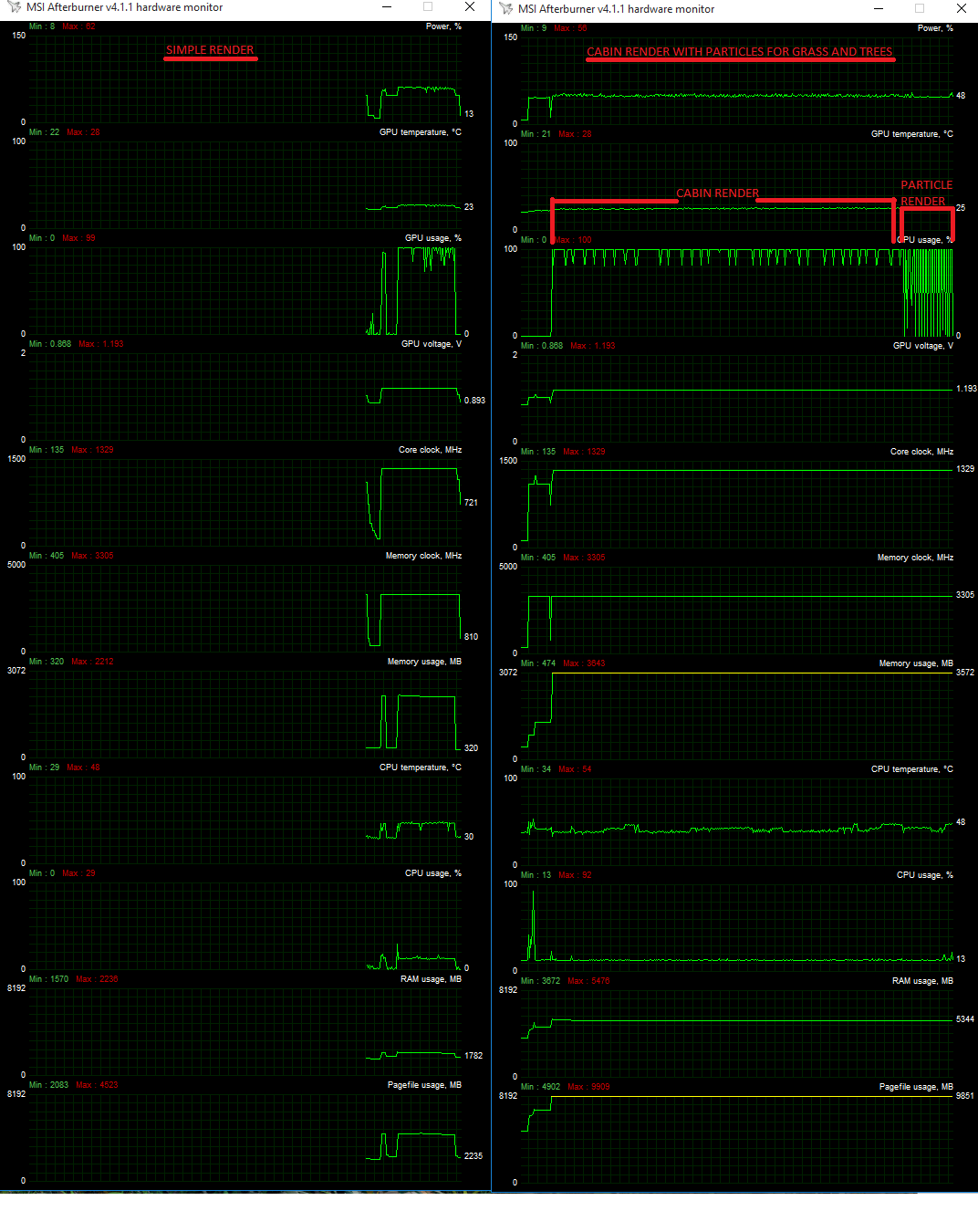 I had someone online render it with a Titan X and they said there was no issues and it took about 4 hours with 600 samples and 1080p. Here is the finished product that they saved the screenshot of. Still needs some work, but this is the full render that I haven't been able to see. 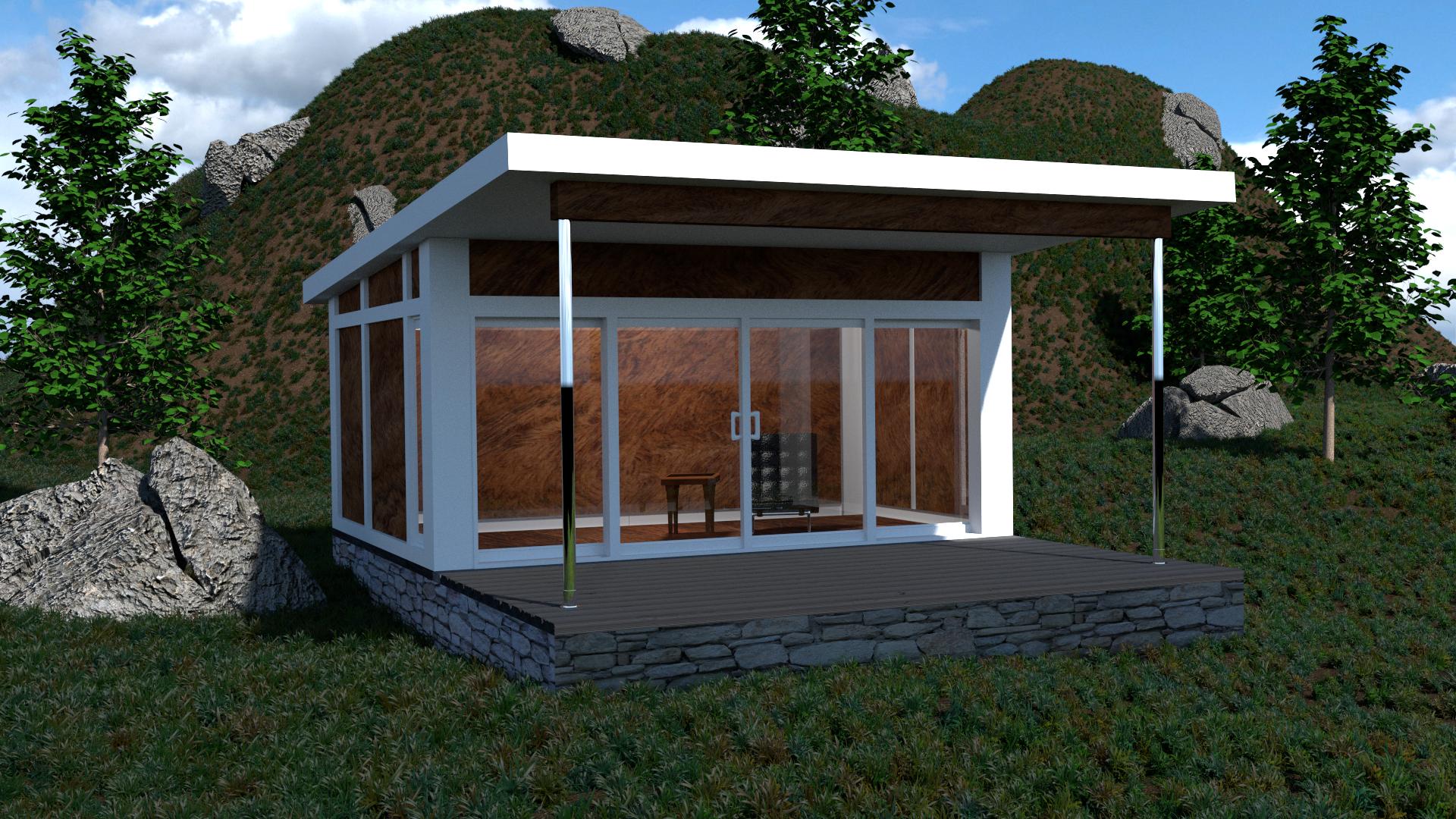 and here is the blend file. It's big! https://drive.google.com/file/d/0B8smgBA_H8ClV01pMVpDSEkwYk0/view?usp=sharing

I appreciate any help. Thanks!

Browse other questions tagged rendering particles gpu or ask your own question.

24
Why does Blender use so much memory for large textures?

16
Cycles Render not utilizing the GPU as it should
14
GPU slower than CPU?
4
Graphics Card Not Avalible in Blender Internal
0
GPU Rendering Only in Viewport (Cycles)
1
Cycles GPU rendering is super slow with bigger image size
1
GPU along with CPU rendering performance