How could I animate a plane into a pipe and then a pipe into a torus?

I need to create an animation demonstrating UV wrapping. I want a rectangular plane to smoothly roll into a pipe (open-ended cylinder), and then the pipe to bend into a torus. How should I approach it? I know I can use Curve Modifier for both transformations, but how do I animate this?

I would probably do this with 2 'Simple Deform' modifiers set to 'Bend' and animate the 'Angle' value for both:

I start off with a subdivided plane (with it's scale and rotation applied: Ctrl+A): 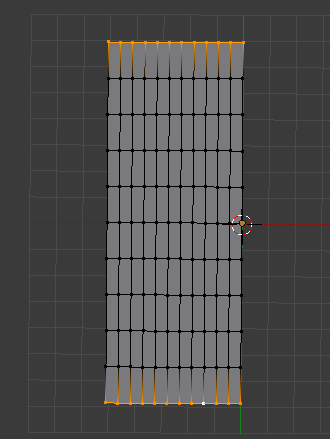 I add a 'Simple Deform' modifier, set it to 'Bend' and set the 'Angle' to '360'. Because the bend isn't going in the right direction I use an empty (Shift+A> Empty), placed at the object's origin, and give it a rotation of 90 degrees on it's 'x' axis. Setting this empty as the 'Simple Deform' 'Origin' corrects the bend orientation: 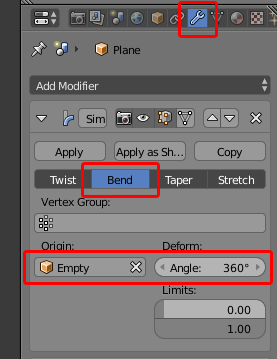 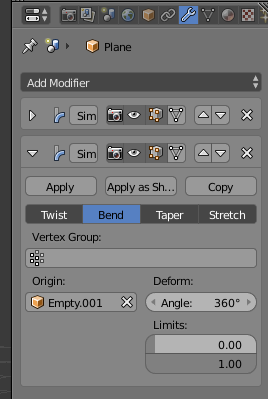 I also checked 'double sided' on the object data properties for the plane, otherwise the shading will look odd as essentially the mesh is bending into an 'inside-out' position: 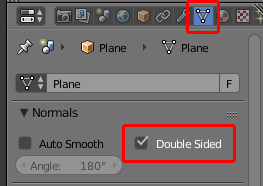 If you want to change where the 'seam' of the roll up is you can edit the position of the plane in edit mode relative to the object origin.

7
How to animate the twisting of a rope?
0
How to roll up a plane/create a rolled yoga mat?
1
Animated rotation of plane to solid
1
Mapping an image onto a torus

0
Curve animation export to unity; Exporting “rolling” curve mod animation into unity
0
How can I connect an object with particle instances on an emitter via some Curve/Geometry connection
2
How can I animate a bandsaw blade?
1
Animation after applied modifier
2
Animate objects created from a grid-mesh / plane